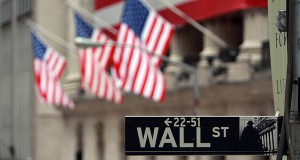 A new book, The Rise and Fall of American Growth, analyses the downward course of the US economy – and the limits of the whole capitalist system. From the boom years to today’s slow growth and stagnant wages, the obscene wealth at the top and company cash piles, to capitalism’s inability to harness new technology fully. It all points to ...

END_OF_DOCUMENT_TOKEN_TO_BE_REPLACED

2014: Another year of mass struggles bekons

Peter Taaffe, General Secretary of the Socialist Party of England and Wales reviews the developments and events of 2013 worldwide, and discusses further struggles in 2014 and the development of the workers’ movement.

END_OF_DOCUMENT_TOKEN_TO_BE_REPLACED

US – A graphic picture of decline

“No one can say when the unwinding began – when the coil that held Americans together in its secure and  sometimes stifling grip first gave way. Like any great change, the unwinding began at countless times, in  countless ways – and at some moment the country, always the same country, crossed a line of history and  became irretrievably different”.
So begins George Packer in this tremendous book, The Unwinding, which paints a devastating picture of US  capitalism in decline. Similar to Packer, Karl Marx described the collapse of the Spanish Empire as a “slow and  inglorious decay”. The difference is that Spain’s decline took place over centuries, whereas the astonishing  collapse of the US – still, nevertheless, the strongest capitalist power on the planet – has been compressed  into 50 or 60 years!
END_OF_DOCUMENT_TOKEN_TO_BE_REPLACED

The murder of Rosa Luxemburg

On 15 January 1919, 94 years ago today, Rosa Luxemburg and Karl Liebknecht, the finest brains of the German working class and its most heroic figures, were brutally murdered by the bloodthirsty, defeated German military, backed to the hilt by the cowardly social-democratic leaders Noske and Scheidemann. On this important anniversary, it is vital to look at Luxemburg’s inspirational, revolutionary legacy.

END_OF_DOCUMENT_TOKEN_TO_BE_REPLACED

Scant attention has been paid to the 80th anniversary of the October 1929 Wall Street Crash. Preoccupied with their own present devastating global crisis, the moneybags, the capitalists, can hardly repeat their theme of yesterday – “it can never happen again” – when dealing with 1929. How much of it really has happened again? And what are the underlying causes of today’s crisis?