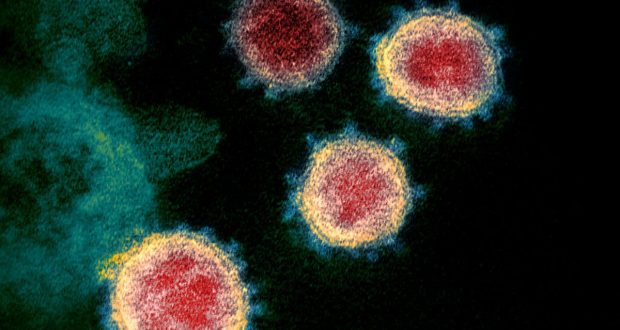 The new strain of Covid-19 (B.1.1.529) found in Botswana and South Africa has been named Omicron by the WHO, which has labelled it a ‘variant of concern’. Some experts have described it as the “worst” variant yet. Similar to the Delta variant it is extremely transmissible.

While there is still some hope that it will be a less harmful strain and that current vaccines will be effective against it, the emergence of new variants is sure to continue until global vaccine administration is approached in a planned and democratic way, which requires the elimination of all vaccine patents and the mass production and distribution of generic vaccines.

The current staggered and disorganised approach to global vaccine rollout creates the perfect breeding ground for mutations. This aspect of controlling transmissible disease has been long understood by medical science and was underscored by a research paper released last May by the US National Center for Biotechnology Information which stated:

“We found that the current pace of vaccine rollout is insufficient to prevent the exacerbation of the pandemic that will be attributable to the novel, more contagious SARS-CoV-2 variants […] Our results underscore the need to bolster the production and distribution of COVID-19 vaccines, to rapidly expand vaccination priority groups and distribution sites.”

At least as far back as September 2020, Dr. Mike Ryan of the WHO called out world leaders in developed economies for avoiding a “fair and equitable” approach to vaccine roll out. The Socialist Party has been calling consistently for the scrapping of vaccine patents and the mass production and distribution of generic vaccines, greater investment in public health, and a democratically planned approach to tackling the repeated Covid surges.

However, as we have also seen from the climate disaster, science and human need take a back seat to profit and greed under capitalism.

If or when another vicious strain of Covid appears, frontline workers will be forced to bear the brunt again, while thousands die from a preventable disease. And again, those hardest hit will be working-class and poor people, particularly communities of colour, women and young people.

Meanwhile pharmaceutical companies have been gifted billions in public money to develop new vaccines, while clinging on to private profits. For example, Johnson & Johnson and Moderna, among others, have received over $2.7 billion to cover expenses. Pfizer has received $800 million, and is expecting up to $30 billion in sales for 2021 alone. Moderna’s share price rocketed by 320% between March 2020 and March 2021.

Even the two pharma companies selling vaccines on a not-for-profit basis have seen their share price surge in the last twelve months, providing heaps of unearned wealth to shareholders. For big pharma, pandemics are good for business.

Capitalist organisations such as the International Monetary Fund and the World Trade Organization are supposedly collaborating with the WHO to reach a (not hugely ambitious) vaccination target of 40% of people in all countries by the end of the year. However, forecasts show they are set to fall far short. This is hardly a surprise as the overriding priority of the IMF and WTO is to ensure the profit-driven market system continues to operate in whatever way it can, including, it hopes, alongside Covid (as the eradication of Covid would necessitate significant moves away from the market based system).

This becomes all the more frustrating and tragic given that we have numerous examples of a planned, not-for-profit approach to eliminating epidemics and pandemics. Not least the eradication of polio. The creator of the polio vaccine, Jonas Salk, chose not to seek any profit from it, recognizing human need as the priority. This meant production and administration of the vaccine was exponentially more efficient than administering it on a for-profit basis.

While the complete eradication of Covid-19 would take years, a rational, coordinated, public-health-over-profit approach to vaccination would vastly increase the doses administered, preventing the emergence of new strains such as Delta and Omicron. This could end the global pandemic and save billions of people from infection and millions of lives.

A working-class response is needed

Only by taking the profit motive out of the equation and ending the role of big pharma in the global response will we achieve the rates of vaccination needed to protect the world from Covid. Apart from those billions of people who simply lack access to vaccines, millions are skeptical about taking them. The distrust of big pharma and the nefarious role it plays in profiting from illness is no small part of that.

Rather than localised mandatory vaccination measures adopted by some countries recently, which only plays into the hands of the far right and other dangerous anti-vaxxers, we need a public health approach based on science and democratic control by workers and communities. Vaccine production should be organised by state requisitioning of laboratories and pharmaceutical factories, as part of a plan to produce and distribute the vaccine supplies we need rapidly and equitably.

Governments globally have consistently failed to infringe upon the power of corporations, as the whitewash of the COP26 so grotesquely demonstrated. The capitalist political establishment cannot be relied upon to solve the Covid problem. Instead, the workers and young people must get organised, including in trade unions and student unions which should be forced to act, and take control of the pandemic response.

There’s no other way out of this pandemic, nor the climate emergency, nor the countless other disasters capitalism means for our lives and futures. An alternative is possible, one based on solidarity, and use of the wealth and resources of society to meet people’s needs, not the profits of a parasitic wealthy elite.