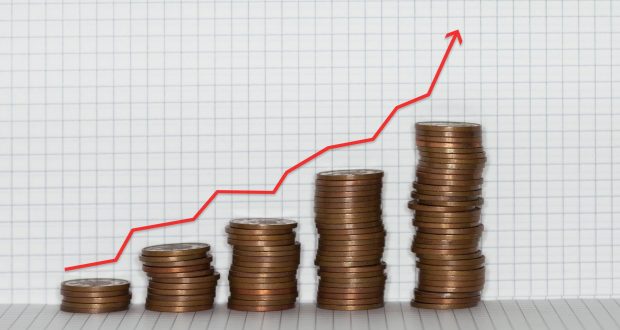 Inflation & the cost of living crisis: cut profits not pay!

As 2021 draws to close, it feels like we are lurching from one crisis to another. Perhaps it’s because we are. One year on from our first Christmas lockdown and our health system is on the brink with ICU at almost full capacity. Rents and homelessness are on the rise and COP26 has not given us much hope that our planet won’t be scorched.

To add to all of this we now have to contend with inflation and the rising costs of our basic needs, be it at the supermarket till or the petrol pump. Across the country ordinary people are being forced to ration their home heating and energy use this winter. We have already been hit by 30 energy price hikes since January.

Inflation, or to put it plainly, goods becoming more expensive, has been increasing over the past six months. Since April, inflation has crept up to 5.1%, the highest since April 2007: the eve of the global financial crisis. In the US, the situation is even more dire, with a rate 6.2% – a 30-year high.

Back at home, we are worst hit by transport at a whopping 15.4%, with housing, water, electricity, gas and other fuels at 10.8%. The cost of fuel is cited as being the cause for these price increases.

These hikes have added €800 to the average cost of heating a home and are the result of decisions made by energy companies operating for profit. ESB made profits of €363 million for the first six months of the year. Energy costs could be slashed if the Government allowed this company to operate on a not-for-profit basis.

The Government has made the situation worse by increasing carbon tax by nearly 30% for the next year – a measure which will not help with climate change but will place an extra burden on struggling working class people.

People will die as a result of these decisions. Fuel poverty combines with cold weather to kill close to 3,000 people – mainly elderly, mainly poorer – in this country every winter. This year it could be even more.

The meagre increases in public spending and welfare payments in the Budget – which were followed by significant PUP reductions – have been wiped out by increases in prices.

A feature of capitalist crisis

Inflation, like so many other problems within capitalism, is a feature and not a bug. Politicians, economists, journalists and other commentators will all sing in chorus telling us that if we increase wages to match inflation, it will only make matters worse. This old hat has been doing the rounds for years and doesn’t have a leg to stand on.

The argument neglects a few things. The first being that if wages do not keep up with inflation, that amounts to a decrease in real wages. Another being that profits continue to rise, a reason you rarely hear as an explanation for an increase in prices. These profits come from somewhere – namely the work done by workers, creating value over and above what they are paid.

In large measure these workers are also expected to buy the goods and services they produce, with ever-decreasing funds to do so.

In Value, Price and Profit Marx said this on the subject, “a struggle for a rise of wages follows only in the track of previous changes (i.e. increased prices)… A general rise in the rate of wages would result in a fall of the general rate of profit, but not affect the prices of commodities.”

Cuts in wages will of course be considered, advocated and implemented by the capitalist establishment as a solution to inflation, but a cut to profits is out of the question.

Inflation is caused by the profit system and its inherent crises, not by the wages needed to get by within it. Every effort should be made to defend and improve the living standards of working-class people by organising, especially in workplaces and with effective industrial action.