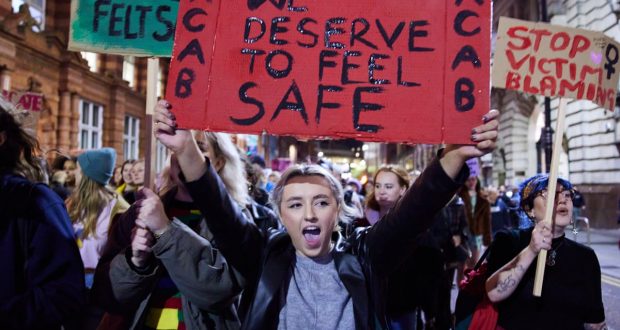 Recent instances of women having their drinks spiked or having been injected with drugs in bars and nightclubs sparked protests across the U.K. Police in Britain confirmed that 254 attacks happened over the past two months, 56 involving spiking by injection and 198 drink spiking reports. This represents yet another worrying manifestation of horrific misogynistic attacks and rape culture.

Protests and boycotts of bars were promptly organised by thousands of women, LGBTQ+ and young people in over 40 cities and towns across Britain to demand action by the authorities and pressure venues to take responsibility for providing a safe environment. Amongst other things, protesters were demanding that venues provide specific training for their staff on spiking, and assisting victims of spiking or carrying out searches at the entrance. In fact, nine in ten hospitality workers have experienced sexual harassment in the workplace themselves, which makes this a crucial issue for the trade union movement too.

These protests are clearly motivated by the widespread anger of women, LGBTQ+ and young people at sexism, gender-based and sexual violence they face.

Greater awareness of those issues has come to the fore in the last few years thanks to the international feminist movement. From #MeToo to “Ni Una Menos” in Latin America, or the continued fight for abortion rights in many countries, to name but a few, these movements have inspired young women and LGBTQ people, and workers of all genders to take action worldwide against oppression in its various forms.

At the same time, the issues of violence and sexual assault have been exacerbated by the rise of intimate partner violence during successive Covid-19 lockdowns and the unwillingness of the authorities to adequately respond to it. The recent example of 999 calls for domestic violence being ignored by Gardaí is particularly salient in this case.

The protests and boycotts show that women, LGBTQ+ and the young people are prepared to organise and fight back against oppression. There is a strong sentiment amongst women and young people that we can no longer be prepared to put up with misogyny, gender-based violence and assault and that such attitudes and behaviours will no longer be tolerated.

The idea that women have to modify their behaviour such as having to cover drinks, constantly being on their guard and being told to protect themselves in order to stay safe, for example, is being brought into question as it does not hold those responsible for such acts to account and contributes to victim blaming.

Instead, a collective response is needed to put an end to sexist attitudes and gender-based violence, which is increasingly recognised as systemic and stemming from capitalist society, which is fundamentally based on oppression and exploitation. As working-class people, women, LGBTQ+ and young people, we need to organise to fight and fundamentally transform society. A socialist feminist movement must be built to lead this social change.

Around the world, activists from Rosa – International Socialist Feminists will be part of building collective struggle actions against gender violence on 25 November. ROSA in Ireland and Socialist Party activists will form part of this, helping to organise demonstrations in cities and towns across the island. Get in touch now to get active in this struggle. Collective struggle on the streets on this day, the International Day for the Elimination of Gender Violence, will be an important stepping stone to build for mass struggle and strikes around the world on International Women’s Day, 8 March 2022. 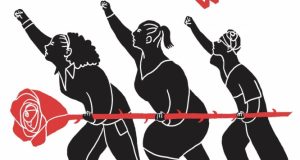