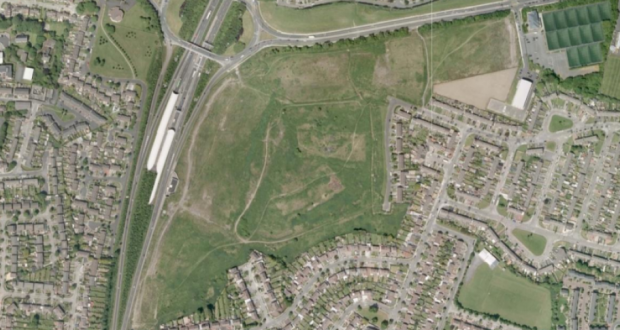 The effective giveaway of the Dublin City Council-owned plot of land on the Oscar Traynor Road in Coolock is the latest episode of a saga that has been ongoing for seven years, ever since the site was identified as a location for hundreds of badly needed housing units.

Time and again the Council officials have sought to go down the route of a form of public private partnership whereby a private developer would get effective ownership of the land to construct the units, some of which would be set aside for social and ‘affordable’ housing.

The argument goes that the Council is restricted from raising the finance to fund the building costs directly because it adds to the state’s deficit figures. So these private construction firms to whom they are gifting the land can raise the finance privately, or sometimes by accessing state backed funds which are off limits to the councils!

These rules are of course ridiculous and should not be abided. The councils must return to a programme of directly building tens of thousands of social and affordable homes, beginning on the vast public land in their possession.

Apart from the radical left councillors in the chamber, myself included during the 2014 to 2019 term, who have consistently backed 100% public housing, social and affordable, all other parties and many independents at various stages got into the horse trading of tweaking what percentage of housing would be public and what could be private. This included Sinn Féin, when it was the biggest party in the chamber at that point, though in this council they have sided with the opposition to the giveaway.

Protracted tendering processes and developers holding out for a bigger share of the units, and making the ‘affordable’ component as unaffordable as possible, dragged the process out over the years. A motion was passed by a majority of DCC councillors for the land to remain in public hands for public housing, but Labour and Green Party councillors in particular switched back to their former position of supporting effective privatisation.

No to privatising public land

Such is the composition of local authorities around the country, where the traditional pro-privatisation parties predominate, that impeding the further privatisation of publicly-owned land in favour of public housing on public land will have to come from people power movements. Constructing the scale of movement required to put the necessary pressure on the government to deliver has proven elusive, and Covid has clearly been a complication, but the objective need for such a movement has only grown.

There is a particular onus on the trade union movement which formally speaking is affiliated to the National Housing and Homelessness Coalition to put serious resources into this necessary struggle, before any more public land is handed over to private profiteers.