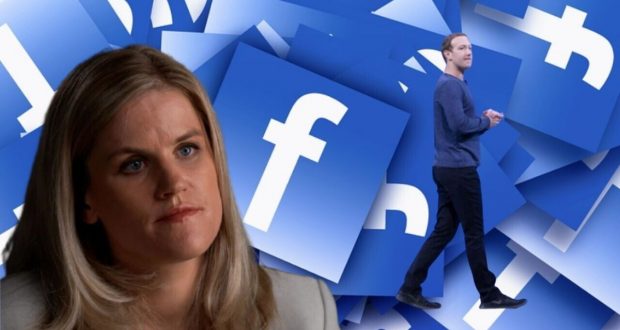 The news that a mega-corporation like Facebook (which runs Instagram and Whatsapp also) prioritises its profit margins at the expense of the safety and wellbeing of ordinary people may not come as a surprise to many. However, a whistleblower’s testimony provides us with a glimpse into the sheer power these monopolies have over our day-to-day lives and over capitalism’s political systems.

Some of the issues outlined by whistleblower Frances Haugen cover:

In January this year, Mark Zuckerburg ‘assured’ us all that Facebook “removes language that incites or facilitates violence and ban groups that proclaim a hateful and violent mission.” However, Haugen argues that Facebook and its algorithm actually permitted all of this, and prioritised divisive and hateful content to “promote virality and growth” on its platforms. She has argued, for example, that Facebook knowingly chose to allow political misinformation to spread during the Capitol riots and may have violated U.S. security laws by making deliberate misrepresentations and omissions in reports.

Further, speak to anyone subjected to racist, misogynistic, transphobic or homophobic abuse on Facebook’s many platforms, and you can soon see that the latter complaint is closest to the truth. For instance, over this past year, we have seen more and more women speak out against the role of social media giants in ignoring cases of image-based sexual abuse.

The stats on this don’t lie. In internal papers, the company admitted that it only takes action on 3-5% of hate speech. Yet, whilst victims of abuse are ignored and the perpetrators allowed to continue their hate campaign, left-wing groups – like Palestinian rights groups – are handed bans and suspensions!

Moreover, this year news broke that Zuckerburg himself personally intervened to soften the actions taken by Facebook against right-wing conspiracy theorist Alex Jones. Facebook’s approach to these issues is like a microcosm of the capitalist system as a whole. It fosters and relies upon division amongst working-class people to maintain its growth and protect its profits, while hypocritically claiming to promote ‘democracy’ and ‘freedom’.

The damaging impact that Facebook’s platforms have on the mental health of ordinary people, particularly young women and girls, is also a crucial factor to pay attention to. For example, leaked internal research done by Instagram found that their app has made body image issues worse for one in three girls. Further, one Facebook study of teenagers in the U.K. and the U.S. found that more than 40% of Instagram users said they felt “unattractive” while using the app.

Moreover, with such platforms making most of their money from running adverts, they design their interfaces to be as addictive to the user as possible. One study has found that 210 million people globally are estimated to suffer from social media addiction, and teens who spend five or more hours on their phones a day are twice as likely to show depressive symptoms. This is damaging. I don’t make this point to sound like an angry parent or passive-aggressive café owner telling you to ‘go outside more’ or ‘have a real conversation for once’ – it is genuinely concerning that social media is designed to control how we spend our days, and what we think about ourselves, all in the name of their profit margins.

The fact that a private company can impact and control our lives in such profound ways should send shivers down our spines. Corporate giants, from Facebook to Amazon, cannot be left to continue business as usual. The decisions made in their dimly-lit board rooms by multi-billionaires affect not just their internal operations but all of us; our mental health, the information we come into contact with, the economic system that dictates our living standards.

The only way to counteract the harm they unleash is by taking these companies into public ownership to ensure that democratic direction and oversight systems are put in place. In doing so, we can finally hold those responsible for perpetuating hate and division to account, prevent the imbalance of power that their billionaire CEOs have on our planet, and harness the potential of such platforms as important communication and knowledge- and experience-sharing tools.