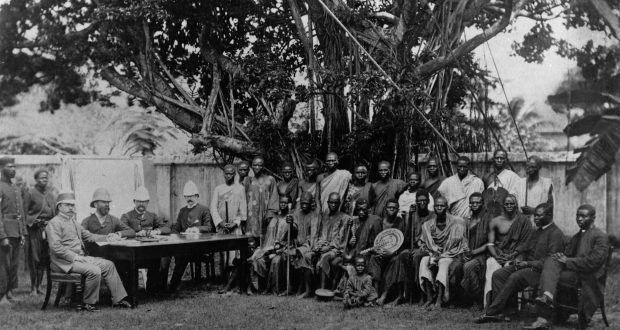 The Black Lives Matter movement in the United States last year raised new questions for millions of people about racism and the history of slavery. But it also encouraged more people to think about imperialism. During the lifetime of our grandparents and great-grandparents, a handful of European countries ruled over 95% of Africa and huge parts of Asia. ‘White Supremacy’ is a dirty phrase today. But a hundred years ago, it was literally the policy of the British Empire.

Max Siollun is a Nigerian historian specialising in military history. He references Black Lives Matter in the introduction to his new book What Britain did to Nigeria. Though after this the tone of the book is mostly neutral, the facts of Nigerian history speak for themselves. These facts are a closed book to most people in Europe and North America, and even to many in Nigeria; Siollun notes that there are still streets and public buildings in Nigeria named after vicious colonial oppressors like Harold Douglas.

Around 1800, Britain was at the height of the Industrial Revolution. There was a huge demand for palm oil, firstly for soap to ensure basic hygiene in the squalid cities, and second to lubricate the machines. Trade and contact grew over the decades as British traders and officials muscled in and started throwing their weight around. In 1886 the Royal Niger Company was given a charter by the British government to rule and to exploit a huge part of what is now Nigeria. What about the people living in that territory? The Company would make ‘treaties’ with the locals by violence and by fraud.

The power of the Royal Niger Company was like some right-wing libertarian fantasy made real. They exploited a vast territory and deployed their armed forces whenever anyone got in the way of their profits. People such as the Nembe, who had earned a living as traders in this area for years, were suddenly declared ‘pirates’ and ‘smugglers,’ arrested, shot at. George Taubman Goldie, in essence the leader of the Company, destroyed his own papers and those of the company, because they were a record of a reign of terror and corruption perpetrated on the people of Nigeria.

The Company’s abuses provoked revolts of local people. But the Company would respond to any act of rebellion with force ten or a hundred times greater.

But the rebellion of the ­­­­Nembe people embarrassed the Company, and was one factor leading to the British government revoking its charter (with very generous compensation) in 1900.

However, the Royal Niger Company continued to grow fat from the spoils of imperialism. Today it survives in the form of Unilever, one of the most powerful and wealthy corporations in the world. Its brands, including Hellman’s, Lynx, Magnum, Knorr and Lipton, are among the biggest in the world. That list also includes cleaning products that remind us that this company’s history goes right back to the palm oil trade of the 19th century: Dove, Persil and Sunlight Soap.

In colonies such as South Africa and in Australia, Britain ruled through huge numbers of settlers who treated the indigenous people as less than human. But the climate in Nigeria was harsh for Europeans – at one stage 10% of Britons in Nigeria would die each year of tropical diseases. So Britain ruled Nigeria through a system of indirect rule. In the north of the country, Britain ruled through a pre-existing feudal system of emirs (kings). But in the south there were deep-rooted democratic traditions. The British imposed ‘chiefs’ on people who had never known a centralised ruler before.

Behind the facade of these emirs and chiefs, a small cadre of British officials ruled Nigeria. A Nigerian soldier received one five-hundredth the pay of the British officers who commanded him and was obliged to salute any white person he encountered. He was forced to march barefoot and flogged if he broke the rules. The British lived in luxury, with Nigerians catering to their every need. They lived in segregated housing, claiming that the ‘natives’ carried diseases, but nonetheless constantly had affairs with Nigerian women and, in numerous documented cases, sexually abused children.

In 1914 these two regions – the Islamic, feudal north and the polytheistic, clan-based south – were crudely grafted together into one single colony. The British officials were well aware that North and South were ‘as widely separated in laws, government, customs and general ideas about life, both in this world and the next, as England is from China.’ They knew well that within these broad regions there was massive cultural and political diversity. But they threw the colony together from disparate elements entirely for purposes of tidy book-keeping.

The manhunt for a fugitive named Bibi Kala provides an example of how imperialism operated. The British armed forces burned down numerous villages which they accused of hiding Bibi Kala. When they entered one village, a local man had the nerve to ask them what they were doing there. For this he was immediately pistol-whipped and then given ‘24 lashes for daring to address the white man.’ In the end, Bibi Kala was found hiding in a canoe – not in any of the villages – and hanged.

British rule meant forced labour. Nigerians had to travel long distances to work unpaid, providing their own food, sometimes getting sick or dying due to the harsh conditions. If people refused, their villages would be burned. The roads and bridges built by this forced labour had two purposes only: to move soldiers in and to move resources out. But the British ruling class had the nerve to claim that they were fighting against slavery and kindly building roads and bridges for the natives.

The most powerful chapter in the book deals with Nigerian resistance against British rule. In the north, British forces crushed a religious revolt with such fury that a whole town was wiped off the map forever. There was a community of cave-dwellers that resisted British attacks for years. In the south, there was the Aro War (1901-2 but with a long half-life) and the guerrilla struggle of the secret society known as Ekumeku. Veterans of the First World War were key to the great Yorubaland tax revolt of 1918. The Women’s War, a peaceful mass movement of awesome scale, erupted in 1929. From 1945 to 1949 the Abeokuta Ladies’ Club, set up to teach British etiquette, transformed into the Women’s Union, a mass organisation challenging imperialism with sit-in protests (Siollun explains that the concept of a sit-in protest originates in Nigeria).

The record of repression against these movements is grim. In 1906 the Mahdist uprising was crushed with terrible bloodshed, the town of Satiru wiped off the map. In 1929 British officers whipped up into a racist frenzy gunned down unarmed women.

The years of these struggles – 1906, 1918, 1929, 1945 – all coincided with global waves of revolution and strikes and protests. Siollun does not comment on this, and with the little I know about Nigerian history I can’t say why the struggles coincided in this way. But it is remarkable and may speak to an international consciousness on the part of the Nigerian masses.

I benefited from reading What Britain did to Nigeria shortly after reading Walter Rodney’s 1972 book How Europe Underdeveloped Africa, which provides a Marxist analysis of imperialism in Africa. A shortcoming of Siollun’s book is that it does not focus enough on economics, or get analytical or polemical in the way Rodney does.

What Britain did to Nigeria deserves to reach a wide audience and will hopefully open the eyes of millions of readers to the reality of British imperialist rule in Nigeria. 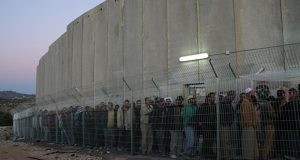 How can Palestinian freedom be won?