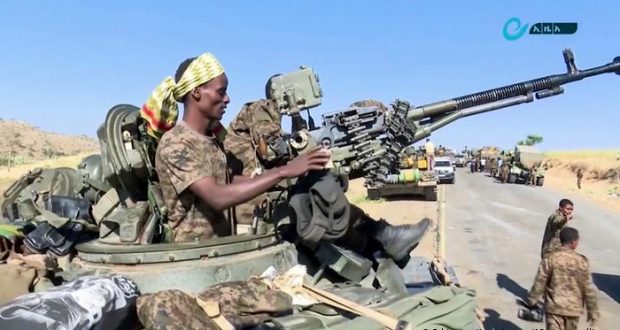 The war in Ethiopia has entered a third phase close to a year after its start, with a new offensive launched by the federal army against Tigray. The human consequences of the war are disastrous, with the country facing the worst famine globally for over a decade.

There seems to be no short-term end of the war. The federal government under Abiy Ahmed, recently sworn in to continue as the country’s leader following flawed elections, has bought new weapons and military equipment, as well as mobilised new soldiers from around the country. This build-up has been backed up with propaganda against Tigray, its leaders and population, as cancer and terrorists that threaten to break up Ethiopia.

The Tigray leaders, on the other hand, ruled Ethiopia in a dictatorial way from the early 1990s to 2018, making it easier for the propaganda against them to be believed.

While both sides are accused of massacres of civilians, it is no doubt that Abiy Ahmed’s regime in Addis Ababa is the main actor, forcing mass starvation through blockades of aid transports and destruction of food warehouses, as well as health centres. Hate propaganda against Tigray is spread in all Ethiopia, leading to individuals being tortured and killed.

The first phase of this war started with the massive attack by the national army against Tigray in November last year. Heavy bombardment forced the TPLF (Tigray People’s Liberation Front) to retreat to the countryside. The Ethiopian army, with the aid of Eritrean troops and armed militias from Amhara, the region south of Tigray, took control of the capital, Mekele, other towns, and big parts of Tigray. After less than a month, Abiy Ahmed declared the war was over.

However, the TPLF, regrouped as Tigray Defense Forces (TDF), launched a guerilla war. In June it took back control over Mekele and forced the federal army out of most of Tigray. The Tigray forces then moved into Amhara and Afar, the region east of Tigray. Addis Ababa then officially declared a ceasefire, while raising a de facto wall around Tigray to starve the region. Alongside food, also fuel, medicines, and vitamins were confiscated from the few aid workers that were allowed into Tigray. Internet and telephone communication continued to be shut down, and still are. The federal regime started the recruitment of more soldiers and bought new military equipment of Russian, Chinese and Iranian origin, mainly via the United Arab Emirates.

Major battles took place in Amhara in July, with thousands of civilian victims. The federal government feared advancing Tigray forces would capture the main city in the north, Gondar, and even block the transportation road through Afar to Djibouti, which is the main harbor for landlocked Ethiopia. Addis Ababa urged all civilians to take part in the war effort. While in Tigray the TPLF/TDF forces have strong support from the population, the opposite is the case in Amhara, where the population recalls TPLF leading the dictatorship and long term border disputes between the regions. Amhara now has more than 200,000 internal refugees since June.

Amhara forces were able to keep western Tigray despite military offensives from TPLF. The area is important for agriculture, but also since it borders Sudan. 60,000 Tigray refugees have fled to Sudan. Abiy Ahmed’s regime is already in conflict with the regime in Khartoum, and the Tigray leadership could use the border for transport. So could aid organisations, of which many have been expelled from Ethiopia, including Doctors Without Borders and leading UN officials.

The humanitarian consequences of the war are catastrophic. The United Nations says 400,000 people in Tigray live in famine conditions, “the world’s worst hunger crisis in a decade”. That is since Somalia in 2011, when 260,000 died. Reports of people dying of starvation are daily in the areas from which it is possible to get information, and probably worse in other parts. A reporter from Associated Press visited an area where “people are eating only green leaves for days”, and another family for a month “had eaten only bread with salt”. 80 percent of pregnant and breastfeeding women suffer from malnutrition, according to the World Food Program of the UN. WHO estimates that 90 percent of the Tigray population need food aid. The situation will become even worse since agriculture — plantation and harvesting — has been severely affected.

Hospitals and health care centres have been destroyed. No medicine or medical equipment has arrived in Tigray since July, according to WHO Director-General Tedros Adhanom Ghebreyesus, who for 12 years, 2005–2016, was a minister in Ethiopian governments. Hospitals and health centres have been attacked and the staff no longer get their wages. The entire bank system in Tigray has been closed down by the federal government.

A third phase of the war started in mid-October, with the Ethiopian army using airstrikes, drones and heavy artillery. News agencies report bombings followed by a land offensive with tens of thousands of soldiers from a recent mass recruitment drive. Alongside militias and paramilitaries from Amhara, now similar armed groups from other parts of Ethiopia take part.

Since November, Eritrean troops have participated in the war against Tigray. When Abiy Ahmed in 2019 received Nobel’s Peace Prize, it was on the basis of a peace deal with arch-enemy Eritrea. It is now clear that Ahmed and the Eritrean dictator, Isaias Afwerki, had a common enemy in the Tigray leaders.

Western diplomats confirm the new attacks in October first reported by Tigray leaders, however, all information is extremely limited. On October 20th it seems that Tigray forces still hold Mekele and most of Tigray while the federal air force continues bombing.

Abiy Ahmed came to power in 2018, in a move by the regime that faced a growing rebellion. Mass demonstrations, strikes and youth protests took place in many regions, often supporting each other. Abiy Ahmed was an army officer who became minister in the TPLF-led government in 2016. He was chosen as the new leader being an Oromo, the region with the biggest population and where the mass protests were strongest. He still has support based on his early period, when promised change and released political prisoners. Western leaders and companies also had high hopes in his plans for massive privatisations.

Now, the support is fading. The economy, which for many years had the strongest growth in Africa, is predicted to grow by only 2 percent in 2021. Inflation is well over 20 percent, with food prices increasing even more. The war is costly, less than one percent are fully covid vaccinated and ethnic violence is spreading.

When Western imperialism, led by the United States, criticises the Ethiopian regime, it is not out of concern for the population, but from fear of instability and the potential loss of a strong military ally. Imperialism had no problem with the suffering of the large population, now over 109 million, as long as the regime was strong and stable. US governments repeatedly congratulated the TPLF-led EPRDF government for election victories in what were elections with the opposition in prison.

The Horn of Africa is already a region with strong imperialist competition, including the US and China as well as Turkey and Qatar versus UAE and Saudi Arabia.

Analysts have warned about the potential breakup of Ethiopia. This is a potential nightmare for imperialism, for the risk of more wars and turmoil. Warnings from the US, the EU and the UN should be seen in this light.

The only way forward for the Ethiopian masses, the working class in the cities, the majority countryside population, struggling youth and women, is through organisation and struggle. This starts with studying and drawing lessons from 2016–2018, and from the revolutions in Egypt and Tunisia in 2011 and Sudan 2019. In Ethiopia, the movement developed as long as it had mass involvement and was multi-ethnical, most often with demands around land and jobs. In the above-mentioned revolutions, mistakes in making compromises with the ruling class and stopping half-way opened the road for counter-revolutions by state forces. There can be no illusions about the West or parts of the military.

Ethiopia is passing through a period of horror and barbarism. Capitalism and imperialism, and their local elites, are responsible for the deep crisis. Solidarity and real international socialism is needed to start a process of struggle against the present regime and all warlords. 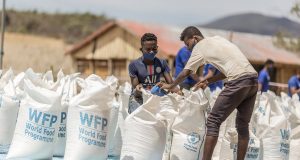