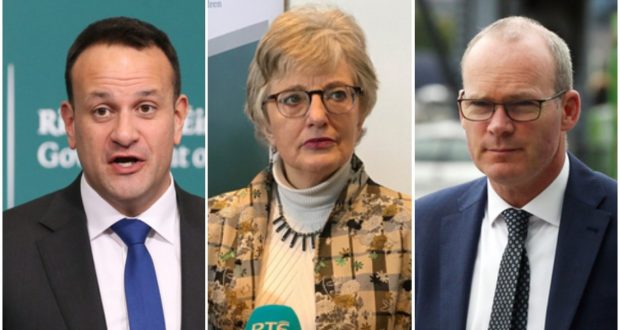 The “Katherine Zappone affair” clearly showed that cronyism is alive and very well in the upper echelons of Ireland’s political establishment.

It’s clear to anyone with an ounce of wit that the Foreign Affairs Minister must have agreed to create a job for Zappone as a special envoy at the United Nations back in late February or early March.

Zappone is not a member of Fine Gael but worked closely with it as a minister in the previous Government. She gave evidence against the Jobstown defendants in the water charges trial back in 2017 and showed her value to the capitalist establishment in many other ways besides.

Unfortunately for Coveney he had to go to his senior department officials to get the new job officially created. In the meantime, Zappone sent him a series of texts thanking him profusely and trying to get the new job nailed down.

Controversy blew up in July when the creation of the envoy position and the official appointment of Zappone came before cabinet.

Not only had Micheal Martin not been briefed in advance of the meeting but it then emerged that Zappone had held a social event in the Merrion Hotel the week before which had been attended by Leo Varadkar (and, interestingly, Labour’s newest TD Ivana Bacik). Zappone had texted Varadkar about the job in the runup to the social event.

The social event, in turn, appeared to many to breach Covid guidelines. The Attorney General rushed to offer “clarification” of the guidelines, providing useful cover for Varadkar.

In an attempt to defuse the crisis Zappone stepped back from the envoy role. The Government breathed a sigh of relief and, thankful that everything had erupted while the Dáil was in recess, headed off for their summer holidays.

At sixes and sevens

Varadkar’s office however then failed to provide his text correspondence with Zappone when asked to do so under a Freedom of Information request.

Coveney deleted messages from Zappone from his phone, claiming at first he did it to free up space and then because his phone had been hacked last year (something the Taoiseach had never been informed about).

An unnamed Fine Gael TD told a newspaper that watching the events unfold was like watching a clown running across a minefield.

Coveney then went before an Oireachtas committee and claimed that there was a misunderstanding back in March and that a job had not been offered at that point. No one really believes that, but Coveney will probably survive in his post unless Zappone comes forward to tell the truth, the whole truth and nothing but the truth. To say this is very unlikely is probably a major understatement.

However, the fiasco will not help tensions within the Government. It’s clear to one and all that Fine Gael Ministers played Fianna Fáil in general and Micheal Martin in particular for fools.

More importantly, the whole thing played out in front of the eyes of the general population who got to see the cronyism, the lobbying and the deception in glorious technicolour.

The Government was already unpopular among working-class people before this crisis broke. Among a broader layer of the population these events will serve to tarnish them further.

With class discontent now due to re-emerge in a more active form as Covid recedes, this Government is likely to find itself more or less on the back foot now right up to the next General Election.