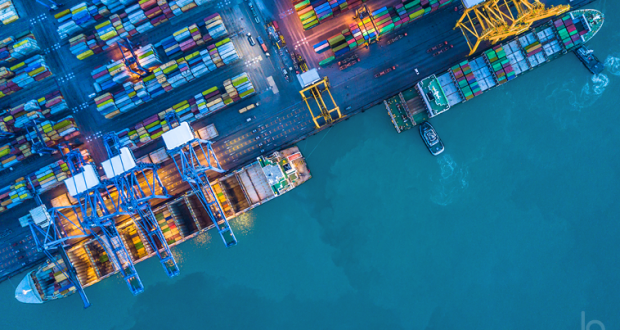 The concept of ‘supply chains’ was once a relatively obscure topic that was only discussed on the pages of specialist trade magazines and forums. As empty shelves make headlines in the UK, tech companies warn of microchip shortages and shipping costs skyrocket, topics like logistics, trade, and supply lines are becoming a mainstream, household topic of discussion.

The complexity and fragility of capitalist trade start to hit home when basics like bread and bottled water become scarce. And according to those in the industry, these issues are likely to last well into next year.

In general, the shortage is not due to production issues (with the exception of microchips). There is enough food and products to go around. So why is it so difficult for businesses to ensure they have enough stock on hand? The answer to this question is as complicated as global supply chains themselves, and each industry will have a different underlying source to each problem.

However, mainstream commentary has focused on issues such as labour shortages, Covid lockdowns, Brexit, shortage of shipping containers, rising transport costs, etc. These are important problems, but they are only the surface-level results of a system that is inherently flawed. The real issues lie in capitalism’s unnecessary complexity, its overall anarchic inability to plan, and the tendency to overproduce.

Crucially, the chaos, which is only set to increase as Christmas approaches and will last long after, points to the potential power of the workers to end this mayhem. It is also a crucial moment for winning improvements to pay and working conditions, as a recent victory by Argos truck drivers in the UK indicates.

When much of the world’s production moved to Asia in the 1970s and ‘80s, transportation of components and finished products became stretched across longer distances. As a result, transportation became increasingly cost-effective as ships grew in size to avail of the increase in global trade.

This means that outrageous, environmentally damaging practices, such as sending Italian-grown fruit to be packaged in Thailand then sold in Germany, actually make financial sense from the capitalist’s point of view.

Hi-tech manufacturers such as car and computer makers also rely heavily on ‘just-in-time” production, meaning parts and components are ordered to the factory just in time for production. This saves costs on real estate as large warehouses are not needed to stockpile goods. However, it increases the complexity of global trade.

Another complicating factor is that trade deals between different states can also mean products zig-zag across the globe to find loop-holes around tariffs. For example, Ireland’s trade deal with China can mean that semi-complete products are sent from Taiwan to Ireland to be nominally “produced” then sent to China to be sold.

Added to this is the growth of e-commerce. While the internet allows for efficient virtual shopping, there is still a need for the selected products to travel that ‘last mile’ to the end buyer. This greatly increases logistical complexity and inefficiency.

All of this complexity means there are more things that can go wrong — particularly as the effects of climate change really start to bite, and transport infrastructure is destroyed by floods and fires. Even the Brexit-induced shortage of truck drivers in the UK is, at its core, the result of overly complex logistics, and a heavy reliance on transportation workers.

Most importantly, capitalism’s inbuilt fragility means there is significant potential for concerted and coordinated action by transport workers to use their vital positions to win gains. A large truck drivers’ strike could ground capitalist production and profit to halt within a matter of days.

There is no shortage of shipping containers

A so-called “shortage” of shipping containers is having drastic effects on supply chains as factories have no means to get their finished products to the market. The cost of sending goods from Asia to the west coast of North America has increased by 145%.

As global production and trade slackened during the height of the lockdowns, shipping containers were stored at the closest (and cheapest) possible location. This only makes sense from the perspective of the profit motive. Rationally, it would have made more sense to plan ahead and send containers back to where they would be needed once trade picked up again. Now, it makes more sense for shipping companies to make money from shipping empty containers back to where they are needed.

As a recent article in Forbes candidly describes, “…China is paying premium rates for importers to return the containers, making it more profitable to send empty boxes rather than refilling them. This is clearly a growing problem… Bookings are now being accepted based on profitability and strategic importance, and as a result, many small to medium shippers are being sacrificed.”

Covid did not magically make the world’s shipping containers vanish into thin air. The lack of containers is really just a shortage of rational planning.

Overproduction: a glut of products we never needed

The ongoing micro-chip shortage for high-tech goods has meant cars, laptops, game consoles and phones will be in short supply in the run-up to Christmas this year. However, this shortage has its roots in overproduction.

Companies such as Apple, Sony, Toyota, and Ford are all reporting difficulties in completing orders, and many have slowed down production as a result. This shortage has been blamed on a range of issues, such as the cost of shipping, climate change-related storms in Texas interrupting production, and Covid lockdowns.

This shortage of semiconductors is, in reality, based on the overproduction of unnecessary high-tech luxury items, including cars, phones and gaming consoles, that are artificially “upgraded” every six months.

Of course products such as gaming consoles are wanted and should therefore be produced. However, the “need” to have the latest and greatest technology products is driven primarily by the capitalist profit motive. Companies spend billions each year on marketing campaigns to convince people to believe their perfectly functional car or phone is obsolete, and only the latest model is relevant.

Aggravating this is the fact that many of these micro chips are deliberately programmed to shut down after a set period of time. This strategy of planned obsolescence ensures people must continuously buy new products.

Under a more rational, planned system products would be built to last, and to be repaired. And powerful semiconductors would be utilised primarily for socially useful purposes.

The necessity of a democratically planned economy

The need for a planned economy, based on democratic public ownership of its key resources has never been more necessary. One in which the world’s amazing capacity to produce essential goods is based on satisfying human need, rather than profits for a tiny minority.

This is becoming all the more urgent as climate change, which is a product of capitalist pollution, starts to bear down on our day-to-day lives. Only the profit-hungry capitalists would see the value in continuing to produce high-tech diesel cars. Only they would be interested in hoarding shipping containers, instead of planning ahead.

On the other hand, the workers who are exploited for their labour, and most affected by these irrational decisions have the power to build an economy based on democracy and human need.

As capitalism’s built-in weaknesses and fragilities start to erupt into various crises, the working class must organise their inherent power into an independent anti-capitalist and socialist movement. 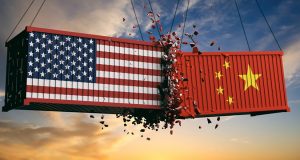 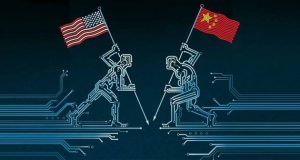 What do Trump’s Trade and Tech Wars Mean for Global Capitalism?