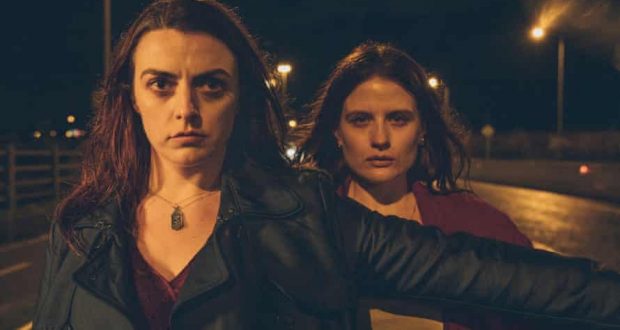 Wildfire tells the story of two sisters, Lauren and Kelly, who grew up in a fictional Irish border town.

The film starts with Kelly finally returning home after going missing and focuses on the bond between the sisters as they struggle with mental health problems resulting largely from their mother’s premature death.

The performances by the main actresses, Nora-Jane Noone and Nika McGuigan (who tragically died before the film was released), really make the film. Indeed the writer and director, Cathy Brady, has said that, unusually, she started with the idea of bringing these two actresses together and the story grew from there.

Throughout the film, the stigmatisation of mental health is a key feature, as is the ever-present nature of the sectarian division and the legacy of the Troubles. This is done very effectively with images depicting the end of the Troubles, including the release of paramilitary prisoners, and footage of the discussions happening today around the possibility of a hard border.

It is also done by giving prominence, in the background, to sectarian markers: flags, graffiti and murals that many of us would be very used to in our daily lives. This gives the vivid sense of not being able to escape ‘the town’, as the sisters describe it. But the legacy of sectarian division is really brought out in a scene in which the sisters confront the paramilitary men responsible for the bomb that killed their father.

An interesting feature of the film is in the depiction of Lauren’s workplace – an Amazon-esque warehouse – where, while dealing with her personal problems of being concerned for her sister’s and her own mental health, she is struggling to keep up with demands of meeting targets at work. This reminded me of how false the promise of a ‘peace dividend’ for working-class people has been, 25 years into the ‘peace process’.

The film is partly based on a true and unusual story of a case of shared psychosis, involving two sisters in Britain, but the director wanted to bring out the issue of intergenerational trauma, which affects a sizable section of the population in the North. Research conducted by Ulster University on behalf of the Commission for Victims and Survivors, found that almost 30% of the Northern Ireland population suffers mental health problems, and nearly half of those are directly related to the Troubles – including “high levels of, often untreated, post-traumatic stress disorder as a result of decades of violence”.

At times Wildfire is hard to watch given it is dealing with a major mental health crisis. However, it is a welcome break from countless films which reduce issues related to the Troubles to simply one group looking for revenge over another. Wildfire does a decent job of dealing with serious issues that warrant much more discussion in society. 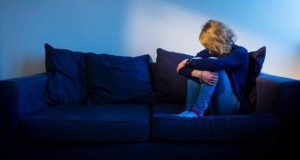