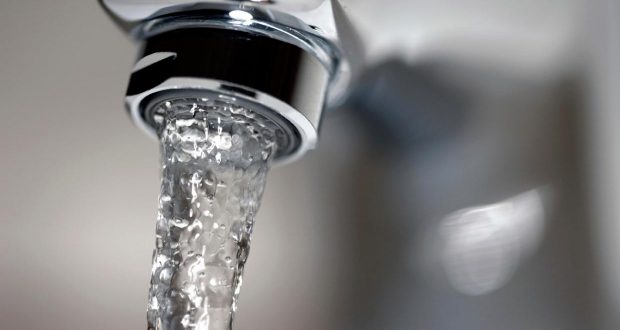 The quality of drinking water in Ireland has long been a topic of contention. Hardly a year goes by in which some incident of contamination isn’t reported. The latest occurrence of failures in our water supply network happened in Waterford and Dublin, where over 900,000 people were exposed to dangerous contaminants — with 52 people in the Gorey area being hospitalised with a gastroenteritis-like illness.

The response from the government and Irish water has been the now-familiar pattern of shifting blame between the various organisations linked to the provision of water services. In fact, one could argue that part of the purpose of setting up Irish Water was so the government could wash its hands (so to speak) of responsibility for the retrograde nature of the water infrastructure. In reality, it is down to decades of neglect of water infrastructure by Fianna Fáil- and Fine Gael-led governments that these incidents have become such a common feature of life in Ireland.

Water charges not a solution

It is no secret that the desire of FF, FG and the capitalist establishment in Ireland is to sell off our public water resources to private for-profit companies, which would see consumers being hit with exorbitant water charges. They will try to use crises around water quality as an excuse to do so. This was of course attempted by the then FG / Labour government back in 2014 but was defeated following a mass campaign of working-class communities throughout the state, in which the Socialist Party played a key role—leading the call for a mass boycott of the charges, which was achieved.

While it is necessary to fund the upgrading of our water infrastructure, the question of where the money comes from arises. Funding for such projects should come from taxing the super-wealthy, such as the 17 billionaires in Ireland who have a combined wealth of over €40 billion at the beginning of 2020.

We have seen over the course of the pandemic that if the state wants, it can come up with billions to fund necessary infrastructure projects. Already, the Fine Gael / Fianna Fáil/ Green government has spent €24.6 billion throughout the pandemic, mainly to keep people spending and keep businesses afloat.