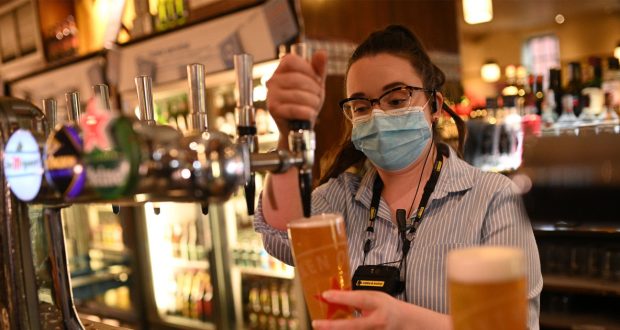 Before Covid reached Ireland it was an established fact that young people are facing a future precarity, but the pandemic has worsened this prospect. Nowhere is this more evident than in the hospitality and retail sector, where exploitative conditions are rife.

Pre-Covid, hospitality workers found themselves facing an array of testing and grinding working conditions, ranging from low pay, long and difficult hours, irregular and arbitrary breaks, sexual harassment, bullying, tip theft and so on. Now added to these is the worry about contracting the virus at work.

A noticeable absence of research into this field for many years meant that although the dogs in the street knew about the reality of working conditions in the hospitality sector, little formalised discussion or analysis of the sector existed. In a timely fashion, NUIG’s Business School and Unite the Union have conducted research into the experiences of hospitality workers in Ireland.

Coincidentally the findings of both reports were released in the same week. Both reports are worth examining as they both present an overarching image of a grossly exploitative and often oppressive sector. For anyone interested in organising workers in the hospitality sector the findings are both helpful and illuminating.

An important question to consider is why are the voices of young hospitality and retail workers not heard generally – for example in the public discussions about reopening the economy, which were dominated by business lobbies? The glaringly obvious answer boils down to the lack of organisation of workers in the sector (and the timidity of the unions that are present). Unionisation here is particularly low, and consequently, employers and management’s domination of young workers in these industries goes unchecked and unchallenged.

Deirdre Curran’s NUIG report noted that the disorganisation of hospitality workers was evident in her group’s attempts to initially get a sample of workers willing to participate in the research work.

Some important findings from Curran’s online survey (that featured 257 respondents answering 38 questions) can be seen below:

When bosses and managers aren’t actively partaking in this “culture”, they often sweep it under the carpet.

Curran’s report indicates that there is a general sense of pointlessness when it comes to calling-out or challenging bad behaviour or bullying in the workplace. There is a widespread sense of being monitored or even under surveillance, with some instances of restaurant owners messaging directives to their workforce from home, e.g. “The manager has a camera in his office and on his phone and he texts in from home saying “Table 3 haven’t had their starter yet”.

How can workers, in that environment, feel comfortable raising legitimate issues when more often than not the root cause of the issues they are experiencing stems from the direct influence and behaviour of the bosses and middle-managers, or indirectly from the same source, where managers and bosses refuse to safeguard and ensure proper procedures in the workplace for their staff.

The exceptions to the general rule of dissatisfied experience in the sector boils down to the social bonds of friendship and camaraderie that are formed by workmates. As well as that, satisfaction is often derived from doing jobs well, working independently (when the opportunity arises) and from taking a general pride in their work.

Below is a direct quote which is indicative of the findings the Unite report:

“The sector is dominated by low pay, insecure contracts and poor working practices, bullying and discrimination. It’s clear we need to reboot the sector to ensure it provides good jobs”.

Furthermore, the below results indicate another view that runs parallel to Deirdre Cullen’s research:

The build-up of resentment in the industry is captured in the commentary of one young worker: “The excuse ‘sure that’s the industry’ is not good enough.”

And indeed, it isn’t good enough. The government over the last year has spoken much rhetoric when it comes to appreciating frontline workers. In reality, its empty clapping gestures are an act to cynically capitalise on the appreciation widely existing in society for frontline workers. Now with an increasing rise of cases, hospitality workers are back at the coal-face with no fundamental improvements in their lot, but plenty of new risks and hazards related to the pandemic.

Many restaurant owners raised a hue and cry over young people not returning to hospitality work as they were in receipt of the Pandemic Unemployment Payment. An obvious question flows from this:

Why should young workers go back to work for less than the PUP amount when €350 a week was deemed the amount necessary to live by the government when it first came into effect last Spring?

Workers must get organised

There is no denying that there have been particular challenges in organising in this sector which is populated to a significant degree by young people, migrants (both documented and undocumented) and seasonal workers who are in full time education and do not see the work as their long term career.

That said, there is a golden opportunity for the trade union movement, and UNITE in particular, to make headway in the current juncture with the recruitment difficulties being experienced by employers greatly enhancing the organising and bargaining potential. This window won’t last forever.

It also has to be said that if the trade union movement leadership as a whole had a better track record of leading successful struggles that would assist the task of organising.

In any case, there’s a clear opportunity forming here that, if taken, could assist in the reinvigoration and rebuilding of the worker’s movement. Undoubtedly, the fault-lines mentioned in the report will generate organic and spontaneous eruptions from workers who are struggling in an industry that mistreats most of them.

It is the view of the Socialist Party that one key demand that should be taken up by the union movement is the struggle for a living wage of €15  an hour. Rising rents and a rising cost of living means that there is more and more a basis for such a demand to resonate with young and precarious workers. Further, there is a growing opportunity for the trade union movement to organise against issues of oppression that are general and a feature of the hospitality industry, ranging from sexism in all its manifestations, racism, bullying etc. Unite’s “Not on the Menu” campaign in Britain would appeal to women and non-binary workers who experience harassment in the workplace should it be taken up in Ireland.

Should any hospitality workers who may be reading this article find themselves wanting to find out more about how to get organised to improve their working conditions they should feel free to contact the Socialist Party which will assist and advise in whatever way we can.

Inside-Out Hospitality: A Study of Working Conditions in the Hospitality Sector in Ireland