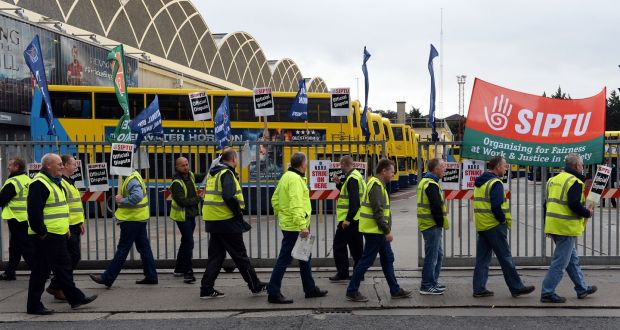 Dublin Bus drivers’ overwhelming rejection of proposed changes to rostering, working hours, and terms and conditions illustrates the chasm between the government’s privatisation model for public transport and the workforce’s desire for a clean, efficient, and accessible transport system for Dublin while defending hard-won working conditions. The ballot result – 96.7% rejection among the 2,070 votes – clearly indicates the potential strength of bus drivers as an organised force and cohesiveness of opinion among rank-and-file drivers in both Dublin Bus unions – the NBRU and SIPTU.

The vote also represents a massive rejection of the proposal to introduce part-time drivers on lower hourly pay and poorer conditions than the current lowest pay-rate for drivers. The negative impact of this on workers’ ability to organise and defend terms and conditions in the future has already been clearly seen in the teaching and health sectors. The most basic needs of workers – secure and regular hours, good wages, pensions, and a healthy work-life balance – cannot be achieved on the basis of competition with each other or profit.

The main threat held out against Dublin Bus drivers is that of further privatisation, with Go Ahead currently the most organised alternative. In fact, the entire logic of the WRC – Dublin Bus Transformational Proposal is framed around the supposed inevitability of privatisation and competition. Clearly, this would be grossly at odds with the need for a stable public transport system.

With 10% of Dublin’s bus routes already privatised, the tendering for routes is due to come up again in 2024. Drivers quite clearly see the link between pressure on them to commit to further “efficiencies” and the race to the bottom that is inevitable under competition and a market-based approach to key public services such as transport. What you have, you hold.

Significantly, drivers in Go Ahead Ireland are all members of the same unions as Dublin Bus drivers (primarily SIPTU) and should be seen as the best allies in ensuring that drivers across the sector see increased wages and improved terms and conditions, and are integrated into a single transport provider. Indeed, in just the last months, Go Ahead were dealt a major defeat by workers in Manchester, who successfully beat an attempt to “fire and rehire” them on lesser conditions under the cover of Covid.

Bus drivers, and workers more generally, cannot hold out hope that, at some time in the future, a government will emerge that will invest in or renationalise areas such as public transport. The unions representing the bus workers must organise to stop further privatisation and to demand a publicly owned, democratically controlled transport system that is free and reliable. They must clearly make a strong case for a service that is crucial for tackling climate change and providing a decent quality of life for all working-class people.

In Ireland, transport is one of the four main contributors to CO2 emissions and, despite much talk and the presence of the Green Party in government, no serious moves have been made to reduce reliance on the private car by providing the scale of clean, efficient, and free public transport that is needed. The government is failing on the most basic of steps around transport and clearly cannot be trusted to deal with the massive issues of data centres and energy consumption. Nor are they willing to massively invest in green energy infrastructure, and the mitigation measures that will be needed to deal with the physical impacts of climate change on towns, cities, and urban centres.

Workers in the sector – who collectively understand better than anyone the service they provide and the transport needs of the city – can expect a barrage of attacks and demonisation from the government and mainstream media as talks develop over the next period. Pressure must be mounted on the politicians in defence of public services and the necessary action on climate, but ultimately workers will have to rely on their own collective strength to defend and raise terms and conditions for all in a way that the WRC – Dublin Bus Transformational Proposal did not. As it stands, drivers’ demands for pay-parity with Luas operators remains unresolved. It is anticipated that unions and management will return to the issue in the coming months. 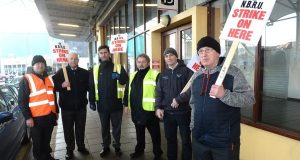 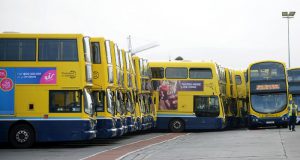