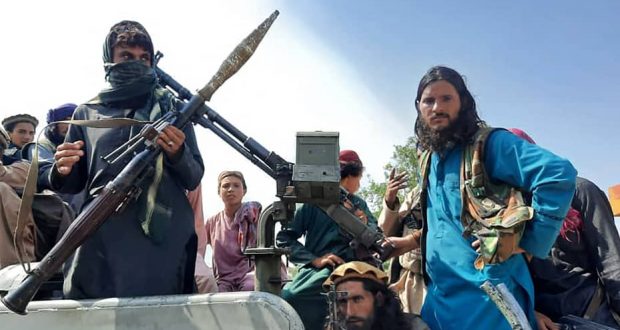 By Tom Crean, Socialist Alternative (our sister organisation in the US)

Twenty years after invading Afghanistan in 2001, U.S. troops are leaving along with other allied forces. Thousands of U.S. and allied troops were killed in the endless war with the Taliban, tens of thousands were injured while hundreds of thousands of Afghan people lost their lives or were injured.

The capitalist media cites many unnamed diplomats and “Western officials” saying that Biden has made a serious mistake in ordering this withdrawal. They point out that the deeply reactionary Taliban is stronger than at any point since the U.S. invasion. The Taliban now control most of the countryside and are laying siege to key cities. They have seized control of half of the country’s provincial capitals. A massive refugee crisis has begun with desperate people fleeing as the Taliban advances. One estimate is that 300,000 people have fled their homes since January.

The speed with which the position of the U.S. trained military is unraveling seems to have come as a shock to Western leaders. There is clearly a possibility that the Taliban could take control of the country in the coming months but current developments could also be the beginning of a protracted civil war.

After 20 years, the U.S. effort at “nation building” has predictably ended in utter failure. There is no evidence that keeping U.S. forces in Afghanistan for another 20 years would change the outcome. The Biden administration has been forced to accept the weakening of U.S. imperialism in the region and is abandoning Afghanistan in order to be able to pursue its interests more vigorously in East Asia.

A Taliban victory would have disastrous implications for the rights of ordinary people in Afghanistan, especially women. The Taliban did not allow girls to attend school when they were in power in the 1990s and their ideology defends the complete subjugation of women.

However, the criticism of the withdrawal from most capitalist commentators based on concern for what will happen to ordinary Afghans is pure hypocrisy. The U.S. was not in Afghanistan to help women or the toiling masses in general.

The real reason for the hand wringing is that the outcome of this war represents a humiliating defeat for American imperialism, possibly the most serious since the defeat in Vietnam in 1975. It is a massive blow to their much valued “prestige” and creates an opening for their rivals, China and Russia.

Socialists do not care one bit for the prestige of the warmongers and war criminals and we welcome the end of this pointless imperialist adventure. However, we must look closely at how this happened and what lies ahead for the Afghan people.

The truth about 20 Years of U.S. Occupation

The U.S. invaded Afghanistan on the pretext that it was aiming to end the country’s role as a “safe haven” for Al-Qaeda, the terrorist organization which was behind the 9/11 bombings in the U.S. At the time Afghanistan was ruled by the Taliban. Both they and Al Qaeda were extensions of the CIA-sponsored Mujahedeen who had fought the Soviets in Afghanistan in the 1990s. In this sense the CIA played a direct role in creating the force that came back to slaughter thousands in New York City on 9/11.

The real reason for the invasion of Afghanistan was that the ruling class saw the horror of 9/11 as an opportunity to reassert U.S. imperialism’s role in the Middle East and to overcome the “Vietnam syndrome” in the American population, namely the reluctance to support military adventures after that historic defeat. In short it was an attempt to reverse the long-term decline of U.S. power. The same logic applied to the even more disastrous invasion of Iraq in 2003 with the added inducement of control of that country’s enormous oil reserves.

While Al Qaeda’s military capacity was reduced fairly rapidly after 2001, the U.S. did not leave and its “mission” goals kept shifting to include building a stable Afghan state servile to Western capitalist interests. A trillion dollars was spent on this effort, overwhelmingly on the military conflict with the Taliban. This was a bonanza for weapons manufacturers and military contractors but did very little to benefit the Afghan people. The U.S.-backed regime, supported in the past by various local warlords, has been incredibly corrupt and its military has been nearly as brutal as the Taliban. But again and again, it was proclaimed that the “tide was turning” and that the Taliban could be defeated if only more troops were sent in or more money spent on training local forces.

The “Afghanistan Papers,” a set of secret internal government documents brought to light nearly two years ago, exposed the massive campaign of deception of the American public over decades. As we summarized in an article at the time, it showed:

“…decades of continual dysfunction, instability, and widespread violence across Afghanistan as a direct result of U.S. intervention. U.S. counterinsurgency strategy was described by one interviewee as ‘colonial’ in its lack of concern for ordinary Afghans. Other interviewees describe  a widespread tolerance of ‘warlordism,’ tens of billions spent in ‘development aid’ with little to show for it except massive corruption, and a total absence of any coherent long-term strategy.”

The future of Afghanistan

As stated earlier, even if the Taliban, historically based heavily in the Pashtun regions in the east and south of the country, do not succeed in taking control of Afghanistan in the short term, there is a real danger of civil war fought along ethnic lines. This is because the central Afghan state, led by President Ashraf Ghani, has almost no authority. The real power behind the state was the semi-feudal ethnic warlords, many of them nearly as brutal as the Taliban and utterly corrupt. Ghani, who tried to part ways with the warlords, is now desperately seeking their help. Part of the Taliban’s appeal in the ‘90s when it came to power after a vicious civil war is that it was less corrupt than these elements and many hoped it would bring order. Today there are far fewer illusions in the Taliban although they still have significant support in sections of the population.

Regional and global imperialism have long contested for influence and control of Afghanistan which lies at a key junction in Central Asia bordering many countries. The Taliban have historically been backed by Pakistan which seeks to use Afghanistan as a counterweight to its arch-rival India. But the Chinese regime is also intervening, hosting Taliban representatives recently, and extracting the promise to not intervene in Chinese affairs in exchange for de facto recognition. The Chinese want the Taliban to give no aid to ethnic Muslim minorities like the Uyghurs facing vicious repression. Russia has sent forces to Tajikistan as Afghan refugees flee across the Tajik border.

Given the country’s recent history and the weakness of its labor movement, it can be hard to see any way forward for workers, peasants, and youth in Afghanistan in the short term.

What is clear is that neither imperialist intervention nor rule by Islamic fundamentalists offers a way forward for the masses. None of the country’s problems, including massive poverty, corruption, lack of basic democratic rights, and oppression of national minorities, can be solved on the basis of capitalism.

What is needed is a mass movement based on opposition to the intervention of all imperialist forces, aiming to create a democratic workers and peasants government that explicitly champions the liberation of women. This could win a large section of Afghanistan’s growing urban population. Such a movement would need to unite with the working class of Pakistan and other neighboring countries, pointing towards a socialist federation in the region, based on respecting the right of different nationalities to self-determination. 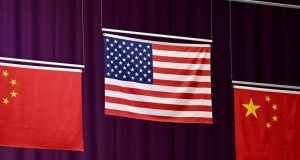 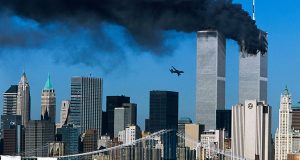 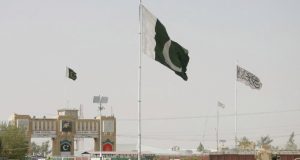