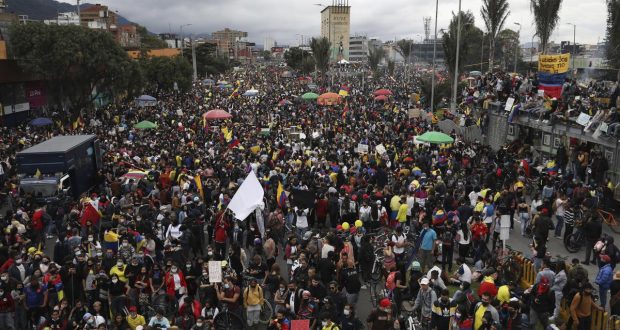 A tidal wave of protests and mass movements has been crashing over Latin America. Its origins date back years, but it really took off around 2019. From Mexico to Brazil, Chile to Haiti, working-class people are spearheading movements against corruption, oppression, for the rights of women, indigenous people, LGBTQ+ people, and oppressed people, and for economic change.

The pandemic had temporarily cut across these movements. With considerable help from the anti-poor and pro-big business policies of right-wing governments, Latin America is now the hotspot of the entire pandemic. But economic hardship imposed by the pandemic, compounded with already high rates of poverty, has led to a resurgence in the struggle. “The government is more dangerous than the virus” has become part of a popular slogan, originating in Brazil and adopted in Colombia.

While the pandemic initially cut across movements, fear has given way to outrage. With a huge social movement of women winning the right to choose in Argentina, protests in Guatemala setting fire to the congress building in opposition to austerity, and a movement of trade unions, indigenous people, and rural workers overthrowing the US-backed coup in Bolivia, virtually every country in Latin America has seen tumultuous upsets and the emergence of mass struggle.

Protest at the ballot box

This has been reflected in electoral successes, most recently in Peru, where president-elect Pedro Castillo won based on the sharp anti-establishment mood and a grassroots mass movement. A similar anti-establishment and anti-neoliberal mood struck Chile and was reflected in the recent elections after austerity measure atop austerity measure sparked a campaign of fare evasion by school students in 2019, which in turn breathed life into a huge protest wave.

There are far fewer illusions in establishment parties and union leaders, and far less acceptance for compromise, than during previous waves of unrest in Latin America. This is a lesson Castillo will learn if he softens his program further. It was a lesson learned in Ecuador when the supposedly leftwing president Lenín Moreno introduced neoliberal reforms. Massive protests forced him to reverse these policies, but he lost his core support, with workers and indigenous groups calling for a null vote in the elections.

A similar lesson should have been learned by Lula, in Brazil, where mass struggle against the Bolsonaro regime has reemerged in the last few weeks. The former president advocated for “class conciliation” and was ousted by the very same forces he advocated for conciliation with. Now with the trumped-up charges against him waived, he is back advocating for the very same policies. He leads the polls, but trails behind the masses of the Brazilian working class.

Revolts in the streets

The recent struggles in Colombia further demonstrate this. Ministers fell as thousands of barricades were erected; reactionary reforms were reversed and policing reforms were announced. Despite union leaders trying to demobilise the most militant elements, young people continue to lead the protests, and thousands of delegates attended a national popular assembly to maintain them.

While many of these movements lack coherency and a concrete anti-capitalism, the scale and militancy show the re-emerging class consciousness of the Latin American working class. During the storm of protests in Chile, an oft-repeated slogan was “neoliberalism was born in Chile, and it will die in Chile.” Latin America was the testing ground for what would become the neoliberal consensus among the global capitalist class. It is here that some of its worst effects have been felt, and where some of the sharpest opposition will continue to emerge. 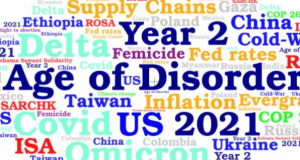 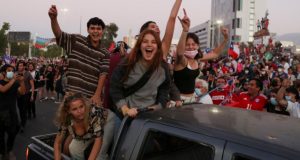 Election in Chile: Defeat of the far-right opens the road for new mass struggles 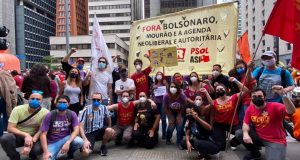