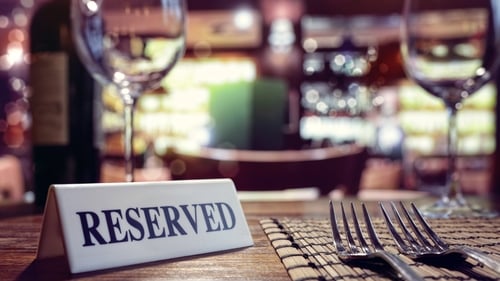 The more contagious Delta variant of Covid is driving record infection numbers across Europe. The Netherlands, for example, recorded over 10,000 new cases in one day. Delta is now the dominant strain here. This forms the backdrop of the newest push from the hospitality sector lobby and their backers in government and opposition parties to reopen indoor dining, despite the memory of the horror caused by the sector in December still fresh in people’s minds.

The government is set to open indoor dining for vaccinated people but with unvaccinated children allowed to accompany. Despite being at lower risk for severe illness from the virus, children can still catch and spread Covid. Along with over 180,000 full time hospitality staff, many of whom are under 30 so not yet eligible for vaccination, this presents a virulent Covid cocktail that could see the virus rip through the younger generation.

The cutting of the PUP is forcing these workers to choose between their health and their job. Every industry head and government figure calling for reopening admits it will lead to a spike in cases but, as it will mostly only affect young people, they believe it is a price worth paying.

However, if we are to follow a similar trajectory as Scotland, who opened up for indoor dining months ago and saw cases rise to over 8,000 a day, our health system would be unable to keep up, as even a modest rise in hospitalisations will push it to capacity, which would inevitably lead to other illnesses going untreated and more pain heaped onto frontline workers.

The government has announced that those aged 18-30 can now apply for the Janssen vaccine in a cynical move to allow them to spend money in pubs and restaurants. The prioritisation of the workers who will now be most exposed to Covid was never considered, as the government continues to show its disdain for younger people and workers.

The fact that the Restaurant Association of Ireland and Vintners Federation of Ireland have such a prominent voice in the debate, with the hospitality unions and workers generally having next to no say by comparison, speaks volumes. The government will gladly throw young workers under the bus for the sake of the hospitality industry’s profits.

The further premature re-opening of the hospitality sector needs to be opposed. Workers should decide when it’s safe to return. They must have democratic control over health and safety, not the profiteering bosses. At minimum they should not have to return to work unless they are vaccinated.

The pandemic is a global issue. We in Ireland will not be rid of this virus until the whole world has eradicated it. Currently intellectual property rights and the greed of the pharmaceutical companies and the capitalist states who defend them mean that we will likely be living with Covid for many more years, with the potential for ever more infectious variants growing every day.

Capitalism has gotten us to the point where we are coming up to two years of a global pandemic with millions of dead, many more suffering debilitating illnesses and an economic crash squeezing the poorest in society and its only response is still to put more people in harm’s way. We need a socialist alternative to this system, where democratic control over economic activity and public ownership of society’s resources can meet the challenges facing all of humanity. 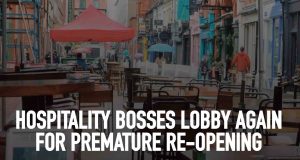