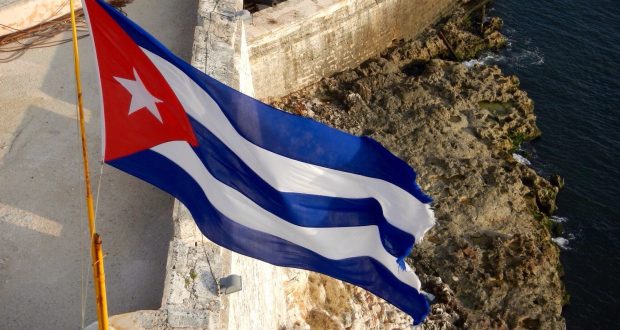 Solidarity with the Cuban People against imperialism and capitalist restoration

The shortage of medicines, as well as the growing economic crisis which has been aggravated by the pandemic, has generated a growing discontent among Cuban working people, who took to the streets on July 11. The ruling Communist Party (CP) bureaucracy described the demonstrations as counter-revolutionary and pro-imperialist. On the other hand, imperialism and the right-wing media have tried to present these demonstrations as “the struggle for democracy in Cuba” (by which they of course mean, “for capitalism”). Both characterizations are far from reality.

Last Sunday’s demonstrations, especially those in the San Antonio de los Baños area, near Havana, are the largest protests since the 1959 revolution, and are only comparable to the “Maleconazo” of August 5, 1994, when thousands of Cubans demonstrated on Havana’s Malecon in the context of the “Special Period” of economic crisis after the fall of the Berlin Wall. This time, the causes of the crisis are different, aggravated by the criminal US blockade of the island, and with the health crisis leading to a drop in tourism, “the locomotive of the economy” as described by Prime Minister, Manuel Marrero (See La locomotora de la economía de Cuba es el turismo | Expreso).

What is happening in Cuba?

Hundreds of Cubans took to the streets last Sunday, demanding that the Diaz-Canel government solve the problem of food and medicine supplies affecting the island. Of course, as we have pointed out, the shortage of medicines and food is the result of the blockade that the United States maintains against the island, and which prevents it from obtaining supplies of this type. Added to this are the power cuts and growing inflation, the result of the economic liberalization reforms that came into effect at the beginning of this year, which have resulted in a price increase of 300% in the case of electricity and up to 12% in the basic food basket.

It is this context of the economic crisis and an increase in Covid cases which has led thousands of Cubans to take to the streets. Therefore, the demonstrations, contrary to the narrative of both U.S. imperialism and the Cuban regime, express discontent against the effects of the economic liberalization measures, which threaten the gains achieved on the island in the Cuban Revolution.

The so-called “Ordenamiento Monetario” economic policy, which involved the abolition of one of two Cuban currencies, the Cuban Convertible Peso (CUC), has not had the expected results and has led to major price rises. This is despite the fact that pensions were increased by 500% and salaries were increased by 525% from 400 Cuban pesos to 2,100 Cuban pesos per month, to compensate for the impact of the measures. The authorities themselves anticipated a generalized price increase or inflation of 160% when promoting these measures, which meant, for example, an increase in the price of daily-rationed bread from 5 cents to one peso. In addition to these measures, the Central Bank of Cuba has fixed an exchange rate of 24 Cuban pesos (CUP) per dollar. In real terms, this has meant a devaluation of the Cuban peso by 2,400% if we take into account that the old Cuban peso (CUP) was valued at one US dollar for state enterprises.

The economic situation, aggravated by the pandemic, is not just an unfortunate accident. The planned economy established as a result of the revolution led to many gains for the working class and poor, most notably in healthcare and welfare, but it was badly managed by the bureaucratic elite who relied on support from the USSR. This economic situation worsened dramatically after the collapse of the USSR, and the consequent loss of large subsidies.

The US sanctions then became a much more dominant factor. As a consequence, the CP regime, unwilling to hand over its power to a genuine workers’ democracy, has chosen to implement take the route of “economic reforms” and a policy of economic “opening” promoted for more than a decade, wrongly called “market socialism”, which is inspired by capitalist restoration in China. This is not a secondary issue but absolutely central to the process taking place on the island and explains the accelerated deterioration of the economic and social conditions of the masses, to promote and attract capitalist investment.

The influence of China in events in Cuba and Latin America is not minor. Indeed, sectors of the left across the continent look with interest and admiration at the “Chinese model” as a supposed alternative. However, as International Socialist Alternative has previously explained, today China is no alternative to capitalism. On the contrary, it is capitalism’s most brutal expression, with an iron repression of trade unions and a fierce exploitation of labor. This has allowed for high rates of economic growth, on average 8% in the last decade, but in the context of the world economic crisis it will not be able to maintain itself without entering more and more into contradictions.

In other words, the economic liberalization of the island, inspired by the “Chinese model”, will not only not bring about a positive change in Cuba’s economic situation, but will bring about new and greater economic, political and social contradictions that will be expressed once again in the streets of the island. Contrary to what some people think, China is acting not to help or benefit Cuba or Latin America by, for example, promoting the productive “diversification” of the region, but on the contrary in the interests of Chinese capital. This will reinforce the chains of dependence based on a model focused on the production of raw materials and tourism without alternatives for productive development. This will only condemn Cuba and Latin America to new hardships as a result of underdevelopment.

Freedom for Frank García Hernández and other political prisoners

The demonstrations of last July 11 are thus not in this sense “against socialism” as the imperialist media pretend to present them, much less “counter-revolutionary” as Diaz-Canel has called them. On the contrary, they express genuine discontent with an economic and health crisis aggravated by the capitalist counter-reforms of recent years, which have provoked a “perfect storm” on the Caribbean island. These mobilizations were brutally repressed by the police. Communist militants and other Leftist activists were imprisoned, like Frank García Hernández, who was arrested on the afternoon of July 11 and released under house arrest on Monday afternoon, July 12.

International Socialist Alternative demands the release of Frank García Hernández and other political prisoners on the island. We support the struggle of the Cuban workers and people for their legitimate demands and we call for the strengthening of the struggle against imperialism and capitalism by building a truly socialist and left alternative that fights both against imperialist maneuvers against Cuba and against capitalist restoration on the island.

A socialist alternative for Cuba and Latin America

It is important to explain that socialism has never been established in Cuba. This is despite imperialism’s attempts to show the supposed “failure of socialism”, in a context of evident world political turmoil, and the Cuban regime’s attempts to present its achievements as socialist and communist. In Cuba, the 1959 revolution, which overthrew capitalism on the island, established a state based on historic conquests for the oppressed people of the island, which correctly inspired hundreds of millions throughout Latin America and the world. But while it has achieved some important advances, these have not only been limited but are also now in open danger in the face of the current crisis, resulting from years of isolation.

This understanding is crucial to the necessary struggle for the defense of the conquests of Cuban working people in the face of the imperialist offensive, and against the betrayals of the Cuban regime and its pro-capitalist reforms. For years, the isolation of the Cuban revolution has been the major problem in the situation on the island in the face of the economic blockade.

The current situation did not begin with the counter-reforms of the Chinese model of “market socialism”, but these have aggravated the situation.

Moreover, this comes at a moment when imperialism requires a platform to launch a counter-offensive not only in Cuba but against the leftward shift taking place in Latin America as a whole. There is a real risk that these demonstrations will be instrumentalized by imperialism and the Cuban right-wing.

It is therefore important that the working class protesters elaborate a clear political program that clearly draws a line between demands that are in the interests of the working class and poor and the parasitical attempts of imperialism to use the discontent to further its own aims. As a first step, the demands need to include those to deal with inflation and food shortages by putting prices and the distribution system under the control of elected committees of the working class, strengthening the healthcare system with vaccinations for all, and to raise a campaign of international working-class solidarity aimed at breaking US sanctions. The protests need to be organised by democratically elected committees made up of the workers and poor.

Of course, in response to the protests the Diaz-Canel government has called its supporters out in defence of the revolution, and the revolution should be defended. But the working class will defend those gains of the revolution that benefit them, whilst the ruling elite are defending their power and privileges, and of course their new economic policy based on liberalisation and privatisation, which will not be in the interests of the masses.

Defending the gains of the revolution requires not just an end to privatisation and liberalisation, it requires the establishment of workers’ democracy at every level, and it means that the revolution has to spread to other countries to bring an end to capitalist exploitation and imperialist blockades. These policies require an end to the rule of the bureaucracy which dominates the regime.

The defense of the Cuban revolution and its gains can only be the task of the masses, in Cuba and in the world, democratically organized in assemblies in the workplaces, the neighborhoods, in the schools, etc. Here, the road to follow must be discussed, not only to defend the conquests of the revolution but concretely how to extend them and improve the economic and political situation in the country. This would require a process of real, grassroots democratization that could clearly challenge the propaganda of capitalist “democracies”.

Therefore, the alternative for Cuban workers is the deepening of the revolutionary process on the island and its extension to other parts of the continent and the world. But this is only possible through the building of a political alternative for the workers, a democratic and combative alternative that fights against the blockade and the imperialist offensive and against the capitulation of the bureaucracy and the capitalist restoration that it leads. An internationalist alternative that assumes the task of defending the revolution against imperialism and capitalist restoration not only on the island but in the whole world. That is what we propose to build as International Socialist Alternative, to promote the anti-imperialist struggle in the continent and the struggle for a Socialist Federation in Latin America. 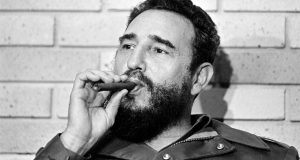 The life and legacy of Fidel Castro