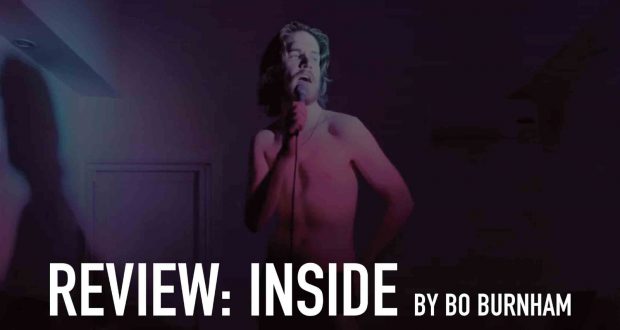 Review: Inside by Bo Burnham

In late May, comedian and musician Bo Burnham released his new special Inside on Netflix. Created entirely during the coronavirus lockdown, Burnham wrote, directed, performed, and edited the special himself from his home.

Sat alone at his keyboard, similar to the videos which rocketed him to early YouTube fame back in 2006, Burnham gives us an hour and a half of loosely strung together songs, sketches, and monologues – commenting on everything from “White Woman’s Instagram” pages to YouTube reaction videos.

Recurring themes include the alienation of internet culture, with direct reference to the parasitical role of social media corporations and the absurd hypocrisy of massive corporations attempting to be seen as “woke” brands.

His genre-hopping songwriting takes him from synth-pop bangers about ‘Jeffrey Bezos’, to the circus-like polka of “Welcome to the Internet” in which Burnham presents himself as a villain enticing the viewer into the overstimulating world of social media: “here’s a tip for straining pasta; here’s a nine-year-old who died”.

As with his 2013 special what. and his 2016 follow-up Make Happy, Burnham blends his brand of irreverent musical comedy with genuinely touching and thought-provoking moments. Inside provides a sort of timeline of Bo’s quarantine as he adapts to isolation over a period of a year.

While the first act deals primarily with Burnham getting used to this new reality, with songs like “FaceTime with my Mom (Tonight)” and “Sexting”, we are also shown that Burnham has drawn far-reaching political conclusions, as many people will have during 2020.

Mimicking a children’s education TV show in the song “How the World Works”, Burnham’s sock-puppet pal “Socko” launches into a biting critique of capital.  As the special goes on the tone markedly shifts. Songs like “Shit” and “All Time Low” discuss Burnham’s struggles with mental health before and during lockdown.

Later, the folk song “That Funny Feeling” describes Burnham’s feelings of disassociation and depression. Couched between a list of references that include cynical corporate marketing campaigns, bland celebrity culture, the looming threat of climate change, and the media-invoked culture wars that dominate the internet. The song is a contemplation on the feelings of alienation under capitalist society that many will relate to, which is both humorous and deeply profound.

Inside will certainly go down as one of the great pieces of quarantine art. Through its witty lyricism, impressive musical production, and incisive social commentary, the special says a lot about the strange year of profound capitalist crisis that we have all collectively experienced. 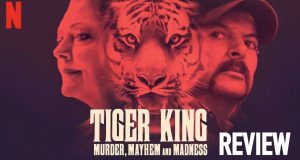