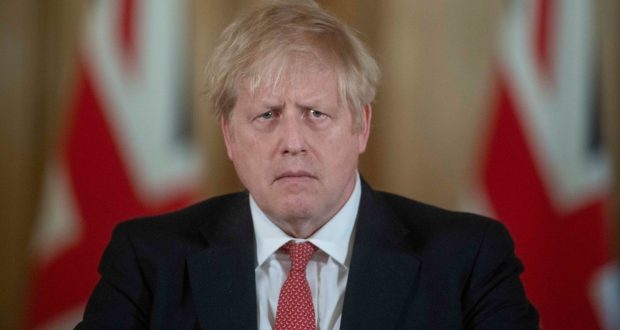 The Tory government is attempting to end all prosecutions for incidents related to the Troubles – as well as civil cases and inquests – through the unilateral imposition of a ‘statute of limitations’. This has provoked serious anger among victims of both state and paramilitary violence during the Troubles, and within wider society.

Such an amnesty is opposed by all the main victims’ groups in Northern Ireland, who have highlighted the lack of consultation on this move. Yet, the British government did consult with representatives of both the loyalist and republican paramilitaries. WAVE – a group that represents many victims of paramilitary violence – said that “the needs of victims and survivors are not even of a second order”. Relatives for Justice – which represents families who suffered as a result of state violence – described it as the “single worst day for all victims during our peace process.” Unusually, the idea of an amnesty is opposed by all the main parties in Northern Ireland and by the Irish government, for different reasons.

Covering up the dirty war

One of the few sections of society to welcome this amnesty has been the Tory press. The Daily Mail had the jubilant headline, “At last, justice for our troops”. Of course, the Tories care little for ordinary British soldiers or veterans, many of whom have been left to struggle with poverty and mental health problems. Nor do the Tories have any interest in a genuine process of reconciliation. This is an attempted cover-up of the actions of the British state in its ‘dirty war’ during the Troubles.

The recent Ballymurphy inquest vindicated families who have campaigned for decades to prove that their loved ones-  shot down by the Parachute Regiment – were innocent. This shone a light on the barbaric record of the state forces. It is no coincidence that it was on the day the inquest reported that Johnson announced plans to provide an amnesty to British soldiers. Similarly, the  trial of Soldier F – charged with the murder of William McKinney and James Wray – threatened to once again highlight the role of the British army on Bloody Sunday.

The Tories are not interested in defending the ‘squaddie’ who opened fire, but the officers and the higher echelons of the British army and the state, such as General Mike Jackson, who was a captain and second in command on the ground during Bloody Sunday. As the army press officer, Jackson falsely briefed the media that the Paras had acted in response to gunfire from IRA combatants, and the dead were slandered as terrorists. He would later climb up the ladder of the British army to become Chief of Staff at the time of the invasion of Iraq.

Recent years have seen an avalanche of publications that document the sordid history of collusion between the British state and loyalist paramilitaries. For years, the British state – including the current government – has acted to hide the scale of this collusion and deny justice to the victims by refusing, on the spurious grounds of “national security”, to release documents that could provide answers. The current proposal raises a serious question mark even over ongoing investigations, like Operation Kenova into ‘Stakeknife’, a British army agent within the IRA who was responsible for identifying and killing suspected spies.

Stormont politicians have no answers

Much to the annoyance of the main parties and the Southern government, the amnesty unilaterally tears up the provisions in the Stormont House Agreement for dealing with legacy issues. At the time, the Socialist Party commented that “victims will be short-changed”. Now, the British government has decided simply to rob them blind. The limited proposals of the Stormont House Agreement were never properly implemented, reflecting the inability of the sectarian parties at Stormont to make them work.

The past remains a battleground for sectarian politicians today. None of the contending forces in the Troubles – the sectarian parties, paramilitaries, or the state – want a genuine accounting with the past which would expose their rotten role. Rather, they use and manipulate the past to support their positions today. While the politicians may all agree to oppose this amnesty, they of course do so from diametrically opposed points of view. Left in the hands of these parties – as we have seen time and again – the interests of all victims will be secondary to the narratives of the various sectarian forces.

Of course, there is also a question of trust. Clearly, the recent move by the British government illustrates their priority is the cover-up of their dirty war in Northern Ireland. However, the same can be said of the sectarian politicians on both sides. Who would trust Sinn Féin to provide truth and justice for the victims of Kingsmill, Enniskillen, or La Mon? Similarly, who would trust the DUP to provide justice for the victims of Loughinisland or the notorious Glennane Gang, when many of the guns used in these atrocities were imported by groups like Ulster Resistance set up by prominent figures in the DUP?

How can we deal with the past?

The failure to deal with the legacy of the Troubles has a real effect, not just on the victims, but society as a whole. Rather than whitewashes or mechanisms to kick the can down the road, socialists favour exposing the role of all the contending forces during the Troubles to genuinely independent scrutiny. The state or the sectarian parties can not be trusted. Instead, we must look to those forces which acted to bring people together during the Troubles in opposition to sectarianism, most importantly the workers’ movement.

What is needed is a wide-ranging inquiry into the Troubles, which would not be in the hands of the state or establishment parties, but made up of respected trade unionists and those with a record of campaigning on these issues from the standpoint of ordinary people, including human rights groups. Such a body could look at how legacy issues should be handled, from the point of view of the interests of victims but also society. 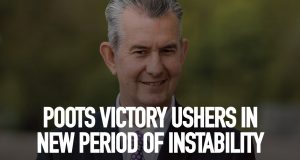