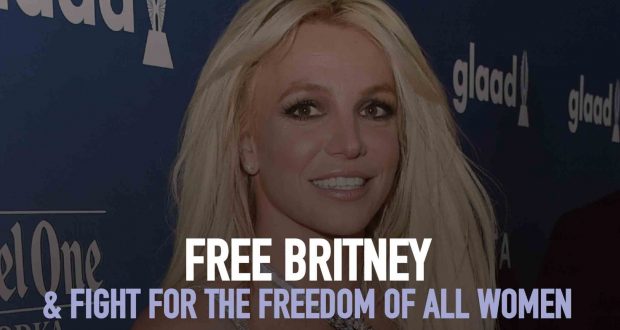 Britney Spears has cruelly been denied her request to end her legal conservatorship after courageously giving explosive testimony about her years of abuse and coercion under this nightmarish regime.

At the hands of her father and other vultures, Britney has been drugged, threatened, forced to work, deprived of money and freedom and, despite wanting another baby, she has been obstructed from removing her IUD. Britney has literally been treated as an object with no personhood, simply a commodity to profit from, while the courts upheld the abusive and absurd conservatorship for the last 13 years.

But she has been hypersexualised by her record company and the media since she was a teenager, as well as facing intrusive and degrading interrogation by the media about her virginity. In even the most private moments she has been hounded by paparazzi and faced dehumanising and callous scrutiny by the press so they can sell more papers.

Many aspects of what she suffered will be familiar to every woman to some extent – objectification, emotional manipulation and abuse, victim-blaming, gaslighting, threats, and denial of reproductive rights. Many of these abuses are institutionalised in a system that depends on the control and objectification of women’s bodies, labour and lives – for profit and control.

Whole industries are based on the objectification of women, by promoting narrow beauty standards that women must conform to, by requiring that women work for free in the home. The unpaid caring and domestic labour of women saves the global economy $10 trillion per year, and is enforced using rigid gender norms to keep women doing domestic work and aspiring to unattainable beauty norms. The cosmetic and beauty industry is worth $50 billion per year in the US alone, while the dieting industry makes $71 billion per year.

The sickening truth is that while Britney has legally been treated as a possession since 2008, women are trapped in coercive, objectifying and abusive situations all over the world, every day. We can’t end this torment without destroying the basis for women’s oppression and the capitalist state and system that promotes and perpetuates sexism.

The only way to combat this is through mass organisation to fight back against sexism in all its forms – we must never go back to the shocking misogyny of the 1990-2000s! Instead, we must move forward and battle to replace the capitalist system, which thrives and profits from oppression, with a democratic socialist society based on equality, liberation, and cooperation, run in the interests of women, the oppressed, the whole working class, and humanity.