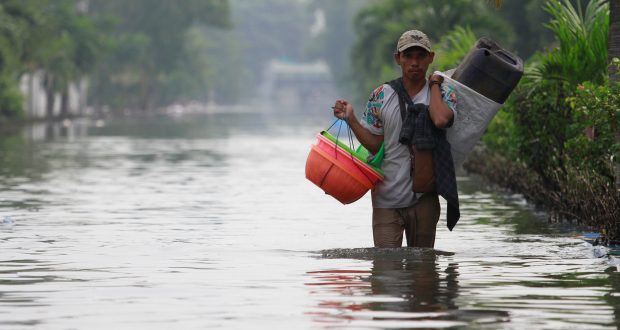 The following is an extract from a speech given by Socialist Party member, Haritha Olaganathan at “The Rally for a Socialist World” (link here: https://www.youtube.com/watch?v=HPdWsEuUIzw) organised by International Socialist Alternative.

I’m really looking forward to the mobilisation in Glasgow in November [protests taking place at the UN COP26 meeting on climate change] because I’m sure you remember one of the key slogans used by the school student strikers in 2019:

“Why study for a future we won’t have?”

But over the past few weeks alone, hundreds have died from record-breaking heat waves in North America and devastating floods in Germany and Belgium.

And this week over a year’s worth of rain fell in less than a day in the Chinese city Zhengzhou. Twelve people died in subway carriages filled with muddy water. People clung to ceilings to text their loved ones goodbye.

Even climate scientists were shocked by the extremity of these disasters; they show that the threats of the climate crisis isn’t a fear for the far future, but for today.

We are leaving the Holocene, the ‘safe zone’ of relative ecological stability. Even the spike in epidemics and pandemics is tied to dirty agribusiness and deforestation that destroys natural habitats and spurs a spill over of infections from animals to people.

So why do we keep running ourselves into such disasters? The answer lies within the very nature of the system we live under, where a tiny minority ruthlessly pursue profit at any human or environmental cost.

Products repeatedly travel across the world and back for production, packaging and distribution just because it is cheapest.

Nature is seen as an infinite pit of resources to reign over and drain, because big business owners have to increase their profits to even survive the market, and to indulge in their yachts and spacecraft.

Big business and the super-rich

The richest 1% is personally responsible for more than double the greenhouse gas emissions of the poorest half of the world’s population. Yet the richest are the most protected against the climate crisis.

Capitalism has forged a rift between people and the planet — we need real change to overcome this for us all:

We are bringing these demands to COP26, but we can’t trust governments and big business to carry this through.

Industries such as energy, transportation, housing, healthcare and education should be nationalised under the democratic public ownership of workers, not run for profit. Working-class people cannot control what we don’t own.

The 2019 climate strikes showed that a global crisis requires a global fightback, but also how we need to be extremely organised to win real change.

We need strike committees in schools, colleges, and communities but we should crucially remember that when workers strike and stop working, the world stops working, forcing our demands to be heard.

Trade unions have a key role because who is in more danger than workers at the frontlines of the most polluting industries?

This November we can’t let world leaders pat themselves on the back for discussing the most meagre changes that most billionaires will inevitably ignore or buy themselves out of.

The ISA is organising to see you all on the ground in Glasgow but also in solidarity actions all around the world. We need as many involved as possible — so sign up, do not miss out!

We are not dreamers

Young people have historically stood at the front of movements, and combined with the power of workers we are an unbeatable force — because ending the climate crisis means having confidence in our ability to break with exploitation: the beating heart of capitalism. We need this not only to save our planet but to end inequality and the various oppressions we face.

The revolutionary, Rosa Luxemburg, once said we are at a crossroads between “socialism or barbarism”. Today we are rallying for a socialist world, not because we are dreamers, or because it is easy, but out of necessity.

The ills of capitalism are actually sowing the seeds for struggle to emerge. But young and working class people need to organise in a revolutionary force to drive this change. If you’re not yet a member of the ISA don’t miss your opportunity to discuss how you can get involved! 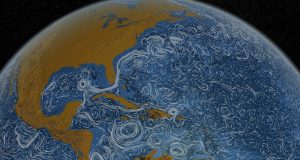 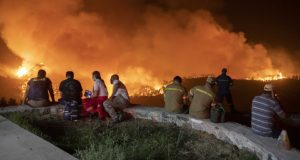