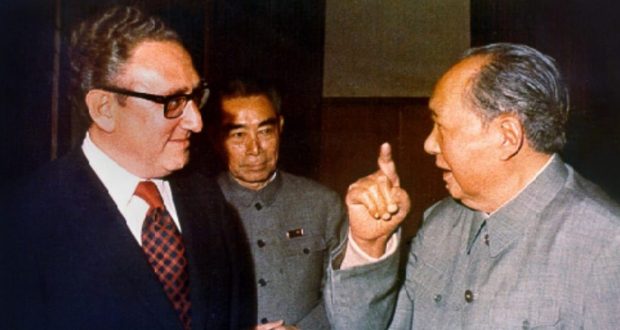 “Eureka!” This was the one-word telegram sent to President Richard Nixon by his National Security Advisor Henry Kissinger as the latter made his way back from top-secret talks with Chinese leaders on 9-11 July 1971. Kissinger’s visit had evidently gone very well from his perspective. His boss, a right-wing anti-communist warmonger, was playing for high stakes with these covert approaches to Mao Zedong’s Stalinist regime.

These talks led to a ground-breaking shift in US imperialism’s foreign policy. This eventually changed the course of history by laying the foundations for the most important global relationship of the past 30 years, that between the US and China, although that development and the meteoric rise of China as a capitalist power was far beyond the comprehension of Nixon, Mao, and their contemporaries.

Kissinger’s secret mission was hidden even from the US State Department and most members of Nixon’s cabinet. On an otherwise unremarkable visit to Pakistan, Kissinger feigned illness during an official dinner. Pakistan’s military ruler Yahya Khan was one of the few people in on the secret. Instead of taking Kissinger to a former British mountain retreat to recover – the official story – Khan’s private driver sped him to a military airport from where he flew to Beijing. The secrecy was due to the sensitivity of the proposed tilt towards China, which would inevitably face opposition from sections of the US establishment, especially the pro-Taiwan lobby in Nixon’s Republican Party. Nixon and Kissinger were also unsure if their approaches to China would succeed. But they did and on July 15 Nixon made a televised speech revealing that Kissinger had just returned from China and that the US president had been invited to Beijing the following year.

Even before Kissinger’s trip, extensive unofficial contacts had been made between the two sides to explore the possibility of a deal – “more than 100 secret meetings” according to presidential papers now made public. These discussions opened the way for the US men’s table tennis team to make a surprise tour of China in April 1971, giving rise to the term “Ping Pong diplomacy”.

Nixon’s meeting with Mao in February 1972 would be a huge PR success, boosting the president’s approval ratings. In polls, 70 percent of Americans approved of his China visit. Still, the process moved forward at a snail’s pace; the full normalisation of US-China relations would take seven more years, partly due to the instability of US politics: Nixon was brought down by the Watergate scandal in 1974.

Nixon’s visit paved the way for a historic deal between the US and China, forming the template for all US presidents until Obama, and especially Trump, when engagement with China was discarded in favour of containment and confrontation. In the 1970s, Nixon’s policy was a bold geopolitical gambit to split the Stalinist camp on a world scale. The US was fully aware of the deepening Sino-Soviet conflict, which had even erupted in a border war in 1969. The US ruling class knew it was losing the war in Vietnam and the Nixon-Mao détente was its strategy to regain the upper hand in the struggle against Stalinist Russia.

Thus, Mao and his successors played an important role in the eventual collapse of the USSR and global Stalinism, although this process would not be consummated for two more decades. The turn towards capitalism in China, which began under Mao’s successor Deng Xiaoping, was also enormously facilitated by the economic and foreign policy ramifications of Mao’s rapprochement with US imperialism. This is something today’s ‘tankies’ and pro-CCP layers of the left don’t want to be reminded of – that the CCP helped bring down the USSR.

In 1971, the US was closely allied with Chiang Kai-shek’s dictatorship in Taiwan (‘Republic of China’) and at one point had 30,000 troops stationed on the island. A small contingent of Taiwanese military personnel was fighting on the US side in Vietnam. In the negotiations with Nixon and Kissinger, Mao and his premier Zhou Enlai drove a hard bargain. They wanted US technology, especially military technology, and trade concessions, which they got.

Mao’s regime was in crisis, dealing with the economic and political repercussions of the Cultural Revolution, itself a confirmation the bureaucratic system of Chinese Stalinism had reached a dead end. But the Chinese sensed the Americans were even more desperate for a deal. “To try to get the best deal, Kissinger – and, at times, Nixon – deployed high degrees of sycophancy,” noted historian Jonathan Fenby. In their meeting, Nixon praised Mao’s writings (!) while Mao replied that Nixon’s book Six Crises was “not bad”.

Both sides were cynically blunt in separating out their real power interests from their public posturing. Mao told Kissinger in February 1973, that both governments would need to criticise one another for a while. “You say, away with you Communists. We say, away with you Imperialists. Sometime we say things like that. It would not do not to do that.”

Referring to their shared interest against Moscow, Mao remarked, “So long as the objectives are the same, we would not harm you nor would you harm us. And we can both work together commonly to deal with a bastard.” (from Nixon presidential papers).

The main sticking point in the negotiations was Taiwan. Here too, the US side essentially gave Mao’s regime what it wanted. Nixon was prepared to sacrifice Taiwan to reach a deal with China, which would more decisively further US global interests. Already in April 1971, Kissinger told Nixon, “It’s a tragedy that it has to happen to Chiang [Kai-shek] at the end of his life but we have to be cold about it.” The president agreed, “We have to do what’s best for us.” Among other things this meant accepting Taiwan’s expulsion from the United Nations, where the ‘ROC’ was still recognised as the official government of China. US troops would also leave Taiwan and a diplomatic fudge – the ‘One China’ policy – would enable Mao’s regime to claim a significant diplomatic victory, while the US shifted to ‘unofficial’ ties with Taiwan, which has been its position ever since.

The UN vote took place in October 1971 and went 76-35 against Taiwan. The Taiwanese delegation walked slowly out of the UN Assembly for the last time. The US voted against expelling Taiwan and Nixon pretended to be angry with the result, but this was one of many instances of diplomatic subterfuge. In reality, secret assurances had already been given to the Chinese leaders and the US vote at the UN was just a performance – partly to placate pro-Taiwan Republicans like Ronald Reagan. US allies Britain, France and Canada voted with the majority to kick out Taiwan and give the UN seat to Mao’s China.

The Chinese regime’s pact with US imperialism was not an isolated case of putting narrow national and bureaucratic interests before the interests of the workers’ movement internationally, although it is the most eye-catching example. Having for years denounced “Soviet social imperialism” for its appeasement towards the West, the Chinese regime established diplomatic relations with Franco’s dictatorship in Spain, the Greek military junta, and Pinochet’s Chile after the bloody 1973 coup that crushed the left. In 1976, before Mao’s death, China intervened in the civil war in Angola on the same side as the US and apartheid South Africa.

China was active alongside the US in the 1980s covert war against Soviet forces in Afghanistan, even allowing the CIA to establish two electronic spying stations at Qitai and Korla in Xinjiang. Deng’s regime helped to train thousands of jihadi terrorists including many Uighurs – a dark chapter that demolishes the credibility of its current hardline stance against terrorism in Xinjiang. Today of course the world and the US-China relationship has been turned upside down. A new Cold War – a struggle of capitalist giants to “win the 21st Century” – has begun.

Stalinism and the Cold War

The first Cold War from 1945-91 was a geopolitical standoff between two fundamentally different social systems, capitalism and Stalinism. The USSR and after 1945, China and a succession of other ‘communist’ states rested on non-capitalist economic foundations. Marxists use the designation ‘Stalinism’ to describe these bureaucratic dictatorships, which used socialist rhetoric but were not socialist. Stalin’s dictatorship ruled over the degenerated remains of the great Russian Revolution of 1917. Capitalism had been erased, but the organs of workers’ democracy which existed under Lenin, Trotsky and the Bolshevik Party in the early years were successively eroded and crushed by the rise of a privileged bureaucracy, ‘communist’ in name only.

These were state-owned economies but they were planned in a top-down, wasteful, bureaucratic way. By politically repressing the working class and excluding it from economic and political decision-making, Stalinism (and Maoism) had no possibility of developing towards real socialism. Only an additional political revolution by the working class could have realised real socialism, taking control over the planned economy and thoroughly democratising society by abolishing the bureaucratic dictatorship. 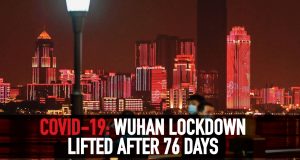 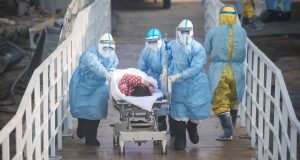