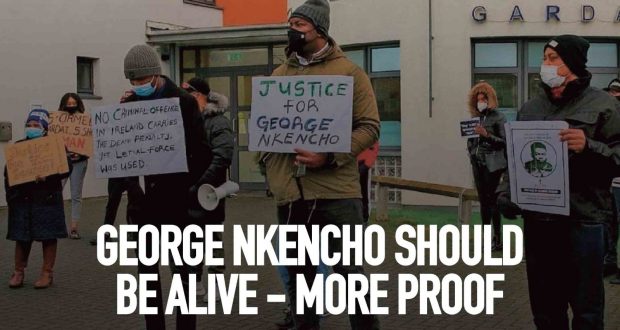 On 26 May 2021, a man shot and injured two Gardaí during an hours-long standoff at a house in Whitechapel in Blanchardstown. He barricaded himself in the house and refused to cooperate with the Gardaí before shooting at them and fired at least seven shots at the Gardaí over the course of the incident, with Gardaí returning fire.

The area was cordoned off and nearby houses were evacuated in a large-scale operation in which Gardaí requested a media blackout until about an hour after the incident had ended. The incident began at around 7pm and ended when the man surrendered and was taken peaceably around 9.30pm after an extended exchange with a negotiator.

Despite firing shots at Gardaí, whose injuries were fortunately not life threatening, this man was taken into custody unharmed. This was a good outcome given the circumstances and how it should have ended. The contrast with how the Gardaí handled another incident five months earlier, that took place five minutes down the road in Manorfields in Blanchardstown, is incredibly stark however.

George Nkencho was a 27 year old black man who was in the midst of a severe mental health crisis on 30 December 2020. During this unfortunate episode an innocent shop worker in Hartstown Eurospar was assaulted, and the Gardaí were called. George left the shop and began to walk back to his house in Manorfields, possibly carrying some sort of knife. He was followed by 15 Gardaí including members of the Armed Support Unit (ASU).

When he arrived at his front door, 20 minutes after his first interaction with the Gardaí and with his back turned to them, he was shot twice in the back, twice more as he turned around and seemingly lunged at those nearest to him, and after a gap of four seconds he was shot for a fifth time.

Clearly this situation was outrageously and tragically mishandled by the Gardaí and the ASU. This was evident anyway, but the events of 26 May showed that the Gardaí are capable of dealing with a situation far more dangerous than the one involving George without resorting to force, let alone lethal force. These two incidents raise some serious questions including:

Another question that has to be asked – because an obvious difference between the two incidents is that one man was white and one was black – is what role did racism play in the treatment of George?

It would be a denial of reality to say racism wasn’t a factor on some level, and an underestimation of racism within the Irish state and society. One survey carried out within the Gardaí showed that 30% of all frontline Gardaí interviewed had a negative view of the black community, and 100% had a negative view of Travellers. Either conscious or unconscious, racism must be a factor taken into account when looking at George’s killing, as should class bias and a host of other issues.

An independent investigation and public inquiry into George Nkencho’s killing must be launched. GSOC have already badly mishandled their investigation and have no credibility to produce a thorough account. Any inquiry must involve George’s family and people from the local community, and must be open and transparent for all to see how it is being operated.

An inquest into George’s killing is being opened on Monday 21 June, with a protest being organised in solidarity with the Nkencho family at 9.45am outside the RDS where the inquest is sitting. Gloria Nkencho (George’s sister) has appealed for support, saying:

“We appeal to all organisations, to young people, students, parents, trade unionists, political parties, organisations within the black and minority communities: stand with us to call for justice and truth – for a full and thorough investigation into the shooting dead of our brother and son, George.”

The battle for justice for George Nkencho is a critical one. The Nkencho family have been through an incredibly tough period since the death of George, with racist abuse and Garda harassment being meted out to them. They deserve to find out the truth of what happened to their son and brother. The fight for justice is important also as it can serve to ensure something like this never happens again, and can play a role in fighting against racism in Ireland – from the state and the Gardaí to daily racist abuse.

We need a united movement to end all forms of oppression, including racism. The Socialist Party believes that in order to begin this movement there needs to be a renewed dialogue in working-class communities, with all people coming together to dispel all myths, misconceptions or lies, including those peddled specifically by the organised far right which only serve the status quo.

A dialogue of this nature would be just the first steps that the community in Dublin 15, and more broadly, can take to fight back against inequality and injustice. Dublin 15 is an area that has been hit hard by the cycles of Fine Gael/Fianna Fáil dominated governments and their policies, leaving much deprivation and social alienation. Not only was it one of the worst affected areas for Covid cases, due to being one of the worst affected areas of the housing crisis, but it was also the area Gardaí doled out Covid-related fines disproportionately (one third of all fines in Dublin were given out in Ballymun and Blanchardstown), especially to young people.

A united working-class movement is vital to end the rule of big business and the super-rich who benefit from racist division, pay low wages, keep rent high, and profit from the exploitation of working-class people and the destruction of the planet. We need a movement such as this to also fight for a democratic socialist society, based on human solidarity and where the wealth and resources are publicly owned and democratically planned to benefit all people, regardless of ethnicity, nationality, or religion.