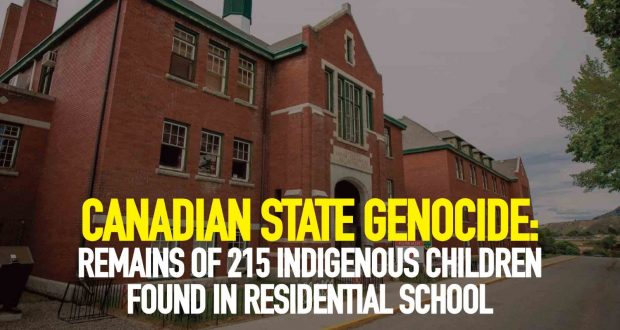 In 1920 school attendance was made compulsory for Indigenous children — in most cases at residential schools. The Royal Canadian Mounted Police (RCMP) forcibly seized children from their families and placed them in schools, often far from home. Children were malnourished, forbidden to speak their languages and 90 to 100% suffered severe physical, sexual and emotional abuse. In total, 150,000 children were taken from their families.

In 1907, the Medical Inspector for Indian Affairs, Dr. Bryce, reported that the health conditions in residential schools are a “national crime.” Nothing was done and Dr. Bryce was forced to retire in 1921.

Scott, in charge of the residential school system between 1913 and 1932, stated, “I want to get rid of the Indian problem. Our objective is to continue until there is not a single Indian in Canada that has not been absorbed into the body politic.”

There was a 40 — 60% mortality rate in the Indian Residential Schools (IRS). Many children were buried in unmarked graves with their deaths never reported to their parents. All this was known in Indigenous communities. The finding of 215 unmarked graves at the former Kamloops school, on the traditional territory of the Tk’emlups te Secwepemc First Nation, confirms this.

The Truth and Reconciliation Commission was active from 2008 to 2015. Its purpose was to inform all Canadians about what happened in IRS. The Commission documented the truth of survivors, families, communities and anyone personally affected by the IRS experience. It reported the horrors of this system of “cultural genocide,” and their impact caused intergenerational trauma. Very few of its 94 “Calls to Action” have been implemented.

ISA (International Socialist Alternative, to which the Socialist Party in Ireland is affiliated to) spoke to Allie Pev, Michif Nēhiyaw, Treaty 6, currently residing on the Unceded Homelands of xʷməθkʷəy̓əm, sel̓íl̓witulh and sḵwx̱wú7mesh Coast Salish peoples*.

(* Allie Pev–Allie Pev, Métis, born on Treaty 6 territory (Edmonton) and now living on the traditional (and never given up by treaties — unceded) lands of the Musqueam, Tsleil-Waututh and Squamish people (otherwise known as Vancouver)

“This is a loss that cannot be quantified. The deep pain that runs through the blood memory of Indigenous peoples has been re-ignited.

Survivors, families and nations are re-living intergenerational trauma. Little shoes have been placed on the steps of government buildings, churches and public spaces across so-called Canada since the news was released.

Indigenous people already knew of these mass graves, the ones that did make it home told us their stories. So, shock is reserved for anyone who has not been paying attention. Stories of the unspeakable evil that took place in these schools have been captured by the Truth and Reconciliation Commission (TRC) — something every Canadian should read, along with all other reports pertaining to Indigenous peoples like the National Inquiry into Missing and Murdered Indigenous Women and Girls and the United Nations Declaration on the Rights of Indigenous Peoples.

Elders bravely shared graphic details of the atrocities for the TRC report, sometimes breaking their decades long silence on the issue. The hope was that once the true history of Canada was exposed, in the open for all to see the next generations, Indigenous and non-Indigenous would embark on a path of reconciliation through addressing 94 Calls to Action. To date only 10 have been completed. Reconciliation is dead.

The Canadian government does not have the will to pursue any calls to action. Clearly, they do not lack information. The federal government has not developed or implemented strategies and procedures for the ongoing protection of residential school cemeteries or other sites at which residential school children are buried (Call to Action #75).

There are demands for the immediate searching of all residential school grounds for remains; there were 139 residential schools identified in the Indian Residential School Settlement Agreement not including those run by provincial governments and those run solely by religious orders.

Residential schools were one of the primary means of assimilation utilized by the government and the Royal Canadian Mounted Police who forcibly took children away at gun point.

Although the last school closed in 1996, this isn’t history, this is now. As much as Trudeau would like everyone to believe this was an unfortunate “dark chapter,” the whole book of Canada’s existence is dripping in blood.

Colonization today looks like the overrepresentation of Indigenous children in care, adults incarcerated and the higher rates of violence and murder of Indigenous women. All amounting to ongoing genocide.

Church and state, oil and gas, fishing, lumber and hydroelectric corporations have intertwined themselves so tightly around Indigenous people, their lands and rights, suffocating cultures, killing people and the land for profit. A lowered flag means nothing on unceded territories but a disingenuous gesture from a government intending no further action.

This is a loss that cannot be quantified. We can’t quantify the loss of so many, many who would be Elders by now with generations below them flourishing, raising children of their own. Speaking the languages, thriving on their lands. Change will not come from parliament buildings. Change will come from below; the rumblings of generations will boil over, and it will not be the government who decides anymore — it will be the people who make the demands and see them through. These systems will end, every arm of the colonial state will be dismantled to make way for Indigenous governance and systems to flourish. We carry on, armed with ancestral knowledge and the undying perseverance towards liberation”. 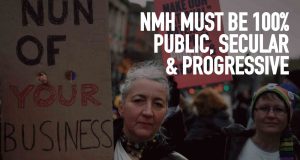