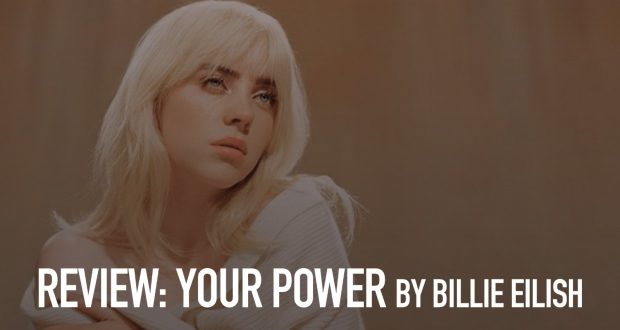 Review: Your Power by Billy Eilish

Nineteen year-old Billie Eilish has been one of the most talked-about names in music over the last few weeks following both her British Vogue cover and the release of her latest single ‘Your Power’. Billie debuted a new look and a deeply personal single that addressed the uneven power dynamic in a previous abusive relationship.

In her Vogue interview she speaks about how the song is an open letter to men who take advantage of others. She makes a note that misogyny is not exclusive to the music industry and that it is everywhere. She says, “I don’t know one girl or woman who hasn’t had a weird experience, or a really bad experience. And men, too – young boys are taken advantage of constantly.”

Billie remains honest and open about the inspiration behind ‘Your Power’. Whilst it is never explicitly said who the song is about, it details a heartless relationship involving a minor. Billie was 17 when she met her 22-year-old ex-boyfriend, and the song is speculated to have grown from that lived experience. She says, “You can always be taken advantage of. That’s a big problem in the world of domestic abuse or statutory rape – girls that were very confident and strong-willed finding themselves in situations where they’re like, ‘Oh my god, I’m the victim here?’ And it’s so embarrassing and humiliating and demoralising to be in that position of thinking you know so much and then you realise, I’m being abused right now.”

In ‘Your Power’ she sings, “And you swear you didn’t know/She was sleepin’ in your clothes/But now she’s got to get to class”, and again, “You said you thought she was your age”, which is suspected to reference to the five-year age gap and the perpetrators apparent unknowingness that she was a minor. In the pre-chorus she asks, “Will you only feel bad when they find out?” in reference to her abuser’s lack of taking responsibility for the harm he caused her.

Beyond Billie’s personal relationship the song can be applied to society as a whole, which is the main intent behind it. Many abusive power dynamics and relationships are never exposed for fear of the negative repercussions for the victim. The line “Will you only feel bad if it turns out that it kills your contract?” references cancel culture and the idea that holding people in positions of power accountable for past actions. To Billie these people only show remorse for their abuse when they are publicly exposed, and their true character comes out. “You made me feel like it was my fault/You were the devil” is a direct call out to this person for gaslighting her.

Billie has always openly spoken about her choice to wear oversized clothing through her teenage years. When a paparazzi photo of her wearing shorts and a tank top circulated online, she was subjected to endless sexist and fat-phobic abuse and scrutiny. Her Vogue cover, which featured her in lingerie for the first time, was an impactful statement of Billie owning her own body and sexuality.

With that being said, it did not prohibit her still being a teenager that was subjected to continued over-sexualisation online by, for the most part, much older men. Because of the inherent misogyny that comes with capitalism, Billie’s powerful song release and coinciding interview that addresses these complex issues that women face, were both overlooked due to the sexualisation of the photo shoot that accompanied them. Fortunately, Billie herself is continuously addressing topics like misogyny, racism and climate change through both her online platforms and her lyricism.

In this way, Billie Eilish is a reflection of the fact that young women around the world are being radicalised on issues such as the systemic misogyny and gender violence they experience, as well as the profit-driven destruction of the environment — issues that teenage girls and young women have been mobilising around en masse in struggle in recent years. 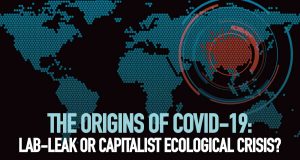