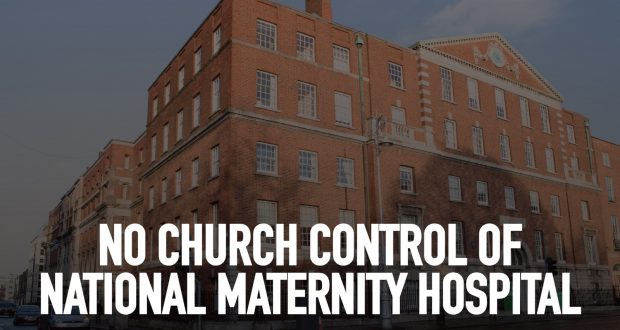 Despite government assurances, the question of Catholic influence on the new National Maternity Hospital remains a valid concern. Recent events have revealed that the government are still engaging in talks with a private religious charity to run the hospital.

A movement was mobilised in 2017 to prevent the Sisters of Charity taking over the planned hospital and resulted in the nuns stepping down from the board of the St Vincent’s Hospital Group. However, the supposedly independent charitable body set up to take over the National Maternity Hospital, St Vincent’s Holding CLG, specifies in its constitution that it remains “true to its core values” of religious ethos.

This transfer provides some assurance that the Sisters of Charity will not be directly involved but in no way impedes the religious influence that was the cause of the protests to begin with. This tactical use of company law is not unlike that used by Debenhams Ireland, to avoid accountability and conceal the truth.

Hospitals owned by religious institutions like the Sisters of Charity do not provide healthcare which is contrary to their Catholic ethos. This includes abortions, vasectomies, IVF, intentional sterilisation and even contraception. The decisive victory of Repeal was a clear call from the people of Ireland for abortion rights without restrictions and hospitals denying people these services flies in the face of the referendum and the clear aspiration and demand for for separation of Church and State.

A history of abuse

The abuse experienced by so many women, children and working-class people at the hands of the Church throughout the history of the Irish State should be a lesson to us all. Every effort must be made to avoid vesting power in these institutions, but the government has shown time and again that it is not willing to learn from the mistakes of history.

As the current plans stand, the site will be owned by St Vincent’s and rented back to the State. This absurd arrangement, allowing a charitable body to become a landlord to the State for nearly 100 years, highlights the nature of the neoliberal system that this government perpetuates. Outsourcing and privatisation of essential services like healthcare allows for other interests, whether profit or religion, to interfere with the provision of services based on needs.

The building costs alone are already estimated at €500 million, to be footed by the Irish taxpayer. The Campaign Against Church Ownership of Women’s Healthcare put it well when they said “if we pay, we own”.

We must once again act with “Repeal-style pressure” to ensure that the National Maternity Hospital is brought into public ownership and control, along with all private hospitals in the state. This should be linked to the creation of a democratically run, one-tier, public, and secular healthcare system that is free at the point of use. This is the only way to ensure that pregnant people get the healthcare they need, free from religious control or influence.