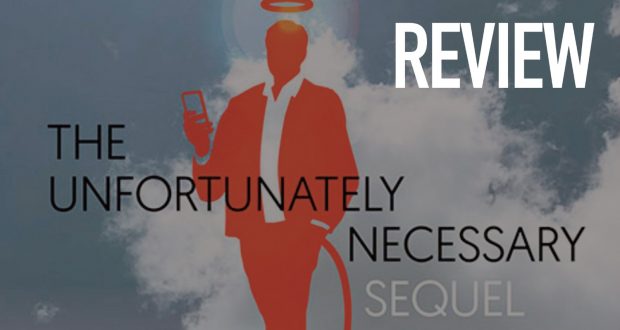 By Martin LeBrun (our sister organisation in Canada)

The 2003 film The Corporation explored the question “if a corporation is a person, what kind of person is it?” The film’s answer, in one of the best documentaries condemning corporations and capitalism, was that corporations are psychopaths. Psychopathy manifests itself in superficial charm, a grandiose sense of self-worth, a manipulative personality, pathological lying, lack of remorse, lack of empathy and reduced emotional responses.

Since the original film, and perhaps in part because of it, corporations have launched major charm offensives to paint themselves as responsible global citizens engaged in altruistic and sustainable practices. “Corporate social responsibility” is all over companies’ websites and annual reports.

The World Economic Forum, held annually at the luxury Swiss resort of Davos, has become a popular platform for people like Jamie Dimon, CEO of JPMorgan Chase, to talk about lifting Detroit out of poverty or ex-BP boss John Browne to warn of the dangers of climate change. Never mind that JPMorgan Chase’s financial malfeasance wiped out entire communities in the 2008 subprime mortgage crisis and BP’s cost cutting resulted in massive disasters such as the explosion of Deepwater Horizon in 2010 that killed 11 workers, injured 17 and caused the largest accidental marine oil spill in the world, and the largest environmental disaster in US history.

Behind the smooth talk of the triple bottom line (profit, people and planet), capitalism has wreaked even greater havoc upon people and the planet since 2003. Corporate wealth, human inequality and the existential danger of climate change have all grown unchecked. Given this dire situation, but also the growing resistance to these trends, director, writer and executive producer Joel Bakan and director and supervising editor Jennifer Abbott decided to team up again to make: The New Corporation — the Unfortunately Necessary Sequel (2020).

The sequel is more about how capitalism functions in general than about how corporations operate in particular. The film uses the idea of a 10-point playbook to explore the ways corporations stop at nothing to make money. They do it all, from making themselves look friendly, such as the Gates Foundation’s “charitable” privatization of education, to making government regulations and unions look like public threats. Corporations fight for massive tax breaks and defunding tax-starved, democratically accountable public services before moving in to “help” and privatize these same services. We are being mined for data to serve the corporate bottom line and help the 500 richest humans accrue their next $1.8 trillion, as they did in 2020. Climate change is an irrefutable and existential danger to humanity, but it is profitable for a tiny minority. Politicians on corporate leashes create laws for big business. Corporations regularly break the lax existing laws. Neoliberalism has driven working people into despair, boosting both right-wing populism and left-wing anger. All the while, corporations pretend to want to do all they can to help, except get off the back of workers.

Despite these daunting realities, the film ends on a positive note. In spite of the great power of corporations and an emboldened right-wing, everyday people are fighting back and winning positive changes for workers and the environment. There is much to be done to curb the power of corporations, and it takes organized and sustained struggle for working people to win reprieves, let alone significant victories. The film highlights the Stop Adani movement that is hampering the construction of a massive coal mine in Australia and Ada Colau, Barcelona’s mayor, who is fighting for affordable housing in Barcelona. The film spends time on Socialist Alternative’s Kshama Sawant in Seattle, who helps to build movements that have already won a $15 an hour minimum wage and the Amazon Tax, which will raise at least $200 million a year from big business to employ union workers to build safe and affordable housing. These examples of successful movements help overcome the sense that the world’s problems are beyond hope for a better future.

The New Corporation aptly demonstrates that corporate leaders’ claims of good intentions or charm offensives do not matter because making profits, not social responsibility, is what drives corporations. Their goal is to make money by lowering costs — of wages, environmental protection and safety measures as well as any other way they can. Capitalism is not altruistic. Corporate responsibility is a contradiction in words, an oxymoron.

However, the film fails to draw the conclusions from its own analysis. If the profit motive ultimately undermines corporate responsibility, then why is the focus on critiquing corporations, rather than on the profit-driven, capitalist, global economy? The film stops short of calling into question the economy’s fundamental premise that capitalism is the only possible system. Instead, it focuses primarily on “corporate capitalism” as the most unadulterated manifestation of capitalist economics. But to get to the root of the issue, the need for a profit-driven economy has to be questioned. A publicly owned and democratically planned economy would put human and environmental needs before private profit.

The book, People’s Republic of Walmart, shows that efficient and sophisticated planned economies already exist inside the world’s largest corporations. Of course, the planned economies of Walmart and Amazon exist to enrich their owners and shareholders, not everyday people, much less their underpaid and exploited workers. But rather than planning for the profit of the few, if planning was democratically controlled it could be used to benefit humanity and protect the environment.

To effectively fight back against corporations and capitalism it is important to clearly identify the source of the problems. Are reforms to curb the power of corporations enough or does the endless drive for more profits by the super rich need to be rooted out by a socialist transformation? Liberals and Social Democrats only seek to limit the grossest abuses of corporate power. Winning reforms like a higher minimum wage or stopping a pipeline are important and build workers’ and Indigenous communities’ confidence to fight back, but over the long-term they are not enough to stop the constant profit-driven pressure to drive down wages or build another pipeline. As socialists, we fight for reforms AND for revolution, so that corporations have no fertile capitalist soil upon which to take root once more.

The New Corporation clearly conveys that simply protesting is insufficient in bringing about necessary changes. It correctly characterizes the Occupy Movement as a “constructive failure,” which taught many activists the need to “gain sovereignty” either by asserting their traditional Indigenous land rights or by entering the political election arena. The film could have explored in detail the dynamic relationship that needs to exist between movements of the streets and struggles at the ballot box. Kshama Sawant won her Seattle City Council seat through an energetic election campaign in the streets. Once elected, she has used her position to build movements of workers and communities that pushed the corporate Democrats on City Council to agree to real improvements for working people. The $15 an hour minimum wage and the Amazon Tax were not won by backroom deals with other councillors, but by building campaigns. As a member of Socialist Alternative, Kshama Sawant is accountable to her organization’s platform in a way that politicians from other parties are not. She also takes the average wage of a skilled worker, not the bloated salary of Seattle councillors. Socialist Alternative recognizes that real social justice is only possible if the root of injustice is removed by ending capitalism.

The New Corporation is a very timely film whose exploration of corporate malfeasance sparks shock and anger and whose celebration of resistance inspires determination and hope. Definitely check it out!