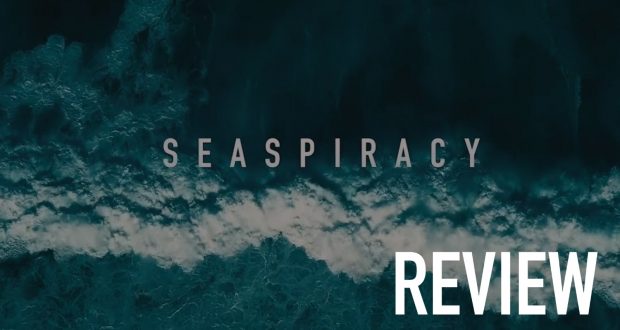 In a new Netflix documentary, Seaspiracy, the British filmmaker, Ali Tabrizi, tackles ocean pollution and sustainability and embarks on a worldwide voyage to answer questions of why sea pollution has gotten so bad and is seemingly getting worse. More importantly, he asks what we, the world’s population, can do to save the oceans.

The documentary opens with Tabrizi’s backstory of his love for ocean life, attributing it to watching the documentaries of Sylvia Earle, David Attenborough, and Jacques Cousteau. About five minutes in, however, the idyllic scenes of colourful, vibrant oceans are contrasted to horrifying expanses of plastic pollution in the seas. The blame for this dangerous mess is pinned on ordinary people and household rubbish. Yet this only scratches the surface of the problem, as the film soon explores.

In fact, the problem does not stem from people littering on beaches, and the solution is not merely for others to simply collect thousands of refuse bags as they go, nor of simply stopping the use of single-use plastics such as straws. The fact is that 46% of plastic pollution in the ocean is made up of plastic fishing nets, illustrating that the problem relates in large part to systemic profiteering by big fishing trawlers.

The film turns our attention to the grim reality of the worldwide fishing industry, which could have been a series all on its own. It initially focuses on the barbaric whale hunts in Japan, showing upsetting and harrowing scenes of whales, dolphins and sharks being needlessly slaughtered — a halfhearted and ridiculous excuse for the killings is offered of fishermen being in competition with them for fish. With the slightest bit of research, this narrative is swiftly debunked. Fishermen are not in competition with dolphins, but with each other. The reason for the dwindling fish stock is not other animals, it’s overfishing.

Also, the marine park entertainment industry is one of the largest funders and commissioners of the capture of young dolphins and whales for its parks, as they’re easier to train and mold into show animals, which yield up to $100’000 per fully trained dolphin. The disgusting practices of marine parks come as no surprise, especially to anyone who may have seen the documentary Blackfish a number of years ago. This showed that for every one dolphin captured about 12 are killed.

Tabrizi also highlights the shark fin market in Asia, particularly China, where shark fin soup is revered as a status symbol, costing upwards of $100 a bowl. The ecological effects of sharks being hunted into extinction for a rich person’s soup means the health of fish stocks and coral reefs deteriorates and turns the oceans into swamps. Anywhere from 11,000 to 33,000 sharks are killed per hour, with half of those killed as a result of bycatch (unintentional catches) from commercial fishing ships, which equates to 50 million sharks per year. Hundreds of thousands, if not millions, more other sea creatures being deliberately or unintentionally caught and killed. This is all done to catch a certain species of fish, which is ludicrously marked and sold with the MSC ‘blue tick’, signifying that the product was caught using “sustainable fishing” practices.

Aside from the atrocities that the fishing industry inflicts on animals, the documentary also uncovers the vast multinational organised crime that takes place at sea. From independent observers to sustainable fishing charities being shot or mysteriously going missing, to drug and human trafficking, to slavery onboard fishing boats. All of which are subsidised by governments all over the world.

While Seaspiracy exposes the corruption of the fishing industry quite well, the overwhelming message of the documentary is basically; reduce your use of single use plastic and stop eating fish. Now while that may seem like sound advice that people probably should follow, if possible (although for many communities who’ve relied on fish as a food source for generations it may not be), the overall take away from the film should not just be that. Taking into consideration the human rights violations, animal abuse and mass pollution caused by the fishing industry, the main culprit for the overall deterioration of the oceans and environment is capitalism.

This system only cares about accumulating profits and is in turn responsible for food insecurity and environmental destruction, including climate change. Nor does it place any value on the lives of people or animals. The main lesson of this documentary should be that there’s no conspiracy, there’s just a capitalist market system that has to be ended. To that end, we all have to organise for a sustainable socialist future that does not place profit above every living thing on earth.