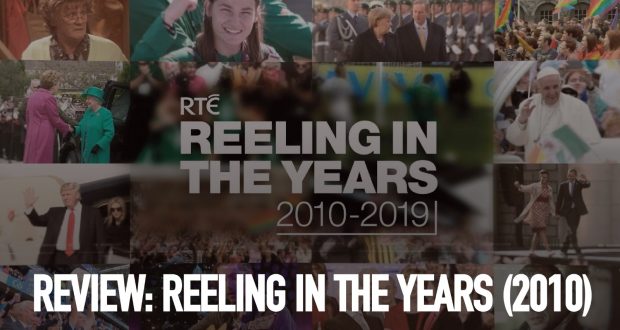 Just gonna stand there and watch me burn […]

Just gonna stand there and hear me cry […]

RTÉ’s Reeling in the Years has aired an episode covering major events in the painful year 2010.

For working-class people, that time was a nightmare. Hundreds of thousands were out of work and there were 43,000 ‘ghost estate’ housing units. Meanwhile, bank executives still got their bonuses. The faceless, nameless ‘bondholders’ – wealthy gamblers – were bailed out, meaning that working people were forced to pay tens of billions in the form of cuts and taxes. This decision was dictated by the supposed need to ‘restore investor confidence’ – ie, to surrender to the blackmail of these same bondholders.

For many, the footage in Reeling in the Years must bring up the memories all over again, the sense of freefall and confusion. No doubt the episode was an eye-opener for some younger viewers who might not remember.

€14.5 billion had already been cut from the budget over the previous two years – which deepened the crisis rather than fixing it.

‘This will not lead to an economic recovery,’ warned the November/ December 2010 issue of The Socialist (paper of the Socialist Party), ‘but to a prolonged period of stagnation with the blight of mass unemployment and mass emigration for years.’ Unfortunately, this prediction was borne out to the letter. The feeble, unequal recovery after 2014 was negated by the housing crisis.

But the drive for austerity was relentless. Every day, new cutbacks and tax hikes were in the news: hospitals, the community sector, special education, the minimum wage, rent allowance, social welfare. At the end of November the EU, IMF and ECB came in with a so-called ‘bailout’ – in reality, a loan with strings attached: more cutbacks and privatisations.

Even though people were stunned, they could see the injustice and they fought back.

The episode includes footage of the events of 3 November – the largest student march in a generation. 30,000 came to Dublin under the slogan ‘Education not Emigration’ to protest against a threat to raise college fees. The guards marked the occasion by bloodying the heads of peaceful protestors. But worse damage was done by the leadership of the Union of Students in Ireland. They refused to condemn the cops, they refused to build on this massive protest and they refused even to call for the abolition of fees.

As a result, fees were hiked again and again, and huge numbers of young people moved to Australia and Canada. We got emigration, not education.

Reeling in the Years left out one very important day: 27 November. On that day, in freezing temperatures and heavy snow, 80,000 trade union members marched through Dublin to protest against cutbacks. There was real frustration and impatience at this march. When union leaders Jack O’Connor and David Begg spoke, they were met with booing and heckling. This was well-deserved; they had refused to lead any serious fightback, and over the following years they would defend the anti-worker onslaught of the Fine Gael / Labour government.

Workers, the unemployed, students, and many others wanted to resist. But the attitude of the so-called leaders of the workers’ movement deepened people’s sense of powerlessness and despair. This mood lasted until 2014 when the successful mass movement against water charges erupted.

2010 was the year Fianna Fáil plummeted to rock bottom and never recovered. The recession sowed the seeds of deep anger and desire for change that have not gone away.

People’s misery and anger over the pandemic make it easy to relate to the mood during 2010. The healthcare cuts of those years, along with the deep social scarring, left us vulnerable to Covid-19. After the pandemic, we will likely be faced with a similar brutal drive for austerity. We will hear the same arguments again about ‘investor confidence’ and placating ‘the markets,’ along with the bare-faced rotten lie in the mouths of the wealthy that ‘there’s no money in the country.’ We need to face this next crisis armed with the lessons of the last one, and organise and struggle so as to prevent a repeat of that brutal experience.

Capitalism has given us one lost decade, by organising to end its rule, we can ensure it does not give us another.