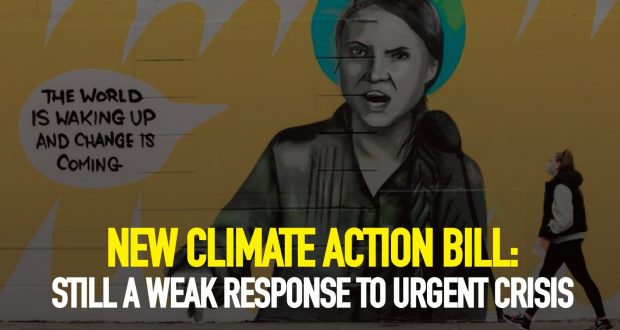 To muted fanfare and coverage the government recently published its Climate Action Bill. The document might appear ambitious on the surface, but, on closer inspection, specific measures for achieving these targets are largely absent.

Indeed, the most interesting thing about the document is what’s missing from it. For example, it contains no free public transport proposal or ban on the importation of fracked gas. The American company behind the proposed LNG (liquefied natural gas) terminal in North Kerry on the Shannon estuary is about to submit a new planning application, this time for a floating terminal with the same purpose – to receive American fracked gas.

Given the nature of the extraction process in fracking, the pumping of chemicals and water at high pressure to fracture rock and release methane deposits, the amount of methane leakage into the atmosphere is enormous. Methane (natural gas) is far, far more potent a greenhouse gas than CO2 (84 times more so over a 20-year period and 25 times more over a 100-year period

Still on the subject of methane; the major source in Ireland is cattle farming. Its disproportionate impact has only grown in recent years as governments have encouraged dairy farmers to massively increase production in preparation for the ending of EU milk quotas in 2015. Between 2010 and 2018, there was a 38% increase in cow numbers and a 54% increase in milk production. Regardless of how relatively efficient Ireland’s beef and dairy production systems are compared to corn-fed cattle, there needs to be a shift away from beef & dairy production in Ireland and globally. Instead, we have this rapid increase in production and, furthermore, Bord Bia (effectively the state PR agency of the Irish agri-food industry) spending millions in advertising to grow a market that barely existed before and promotes dairy products in China.

The Climate Change Advisory Council (CCAC), along with an Oireachtas committee, is the body whose role it is to hold relevant government ministers to account when it comes to meeting the targets and sticking to the parameters of their so-called five-year carbon budgets. Under this bill, that role appears greater and their number is increased from 11 to 14. In typical fashion, the previous council was dominated by (right-wing, obviously) economists like John Fitzgerald, a famous ‘soft landing’-monger in 2008 and something of a fossil fuel contrarian. The three new additions mean the council is no longer without a climate scientist, but we can’t rely on the experts to save the day: the new chairperson has a background in energy, but with a 30-year career with the European Commission, it looks just like another establishment voice.

No solutions under capitalism

So, how likely is it that this plan will succeed and will they meet their targets? No, they will not. We can’t expect capitalist parties to stand up to capitalists. If they wouldn’t stand up to a notorious, tax-averse meat processor billionaire like Larry Goodman and his ilk for seeding multiple Covid outbreaks and showing contempt for his workers’ lives, they’re not going to impose the slightest sanction.

We need to urgently move towards a zero-carbon economy within the next decade on a global scale in order to tackle the crisis of climate catastrophe. Therefore, we simply cannot rely on the present Irish, or any other capitalist government for that matter, to deal with it with paltry measures that refuse to challenge the profiteering of capitalism. Working-class and young people need to build a socialist, anti-capitalist movement that ends its rule. The clock is ticking on climate change and we must act now. 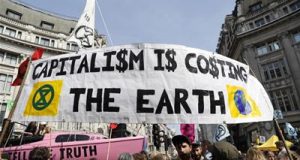 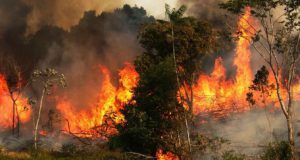 Why is the Amazon burning?