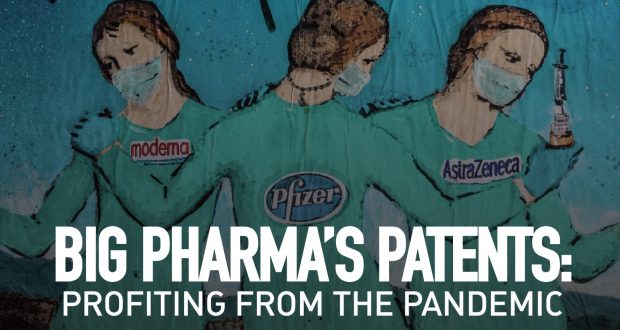 The rapid development of the Covid-19 vaccine has given us a glimpse of what humanity can achieve given enough drive and resources. However, it has also demonstrated the shortcomings of capitalism, and of patent laws and the reliance of a small number of massive, highly profitable companies in the production of our medicinal needs.

While many highly developed countries have been overstocking vaccines, the African Union has not been able to secure nearly enough. Despite calls by several countries for the World Trade Organization (WTO) to waive patent restrictions and allow countries access to vaccine blueprints, this has been vetoed by western countries, to protect the profits of these companies.

This even though vast sums of public money were used in the creation of these vaccines. Not only does this allow these companies to extract huge profits from public funds during a pandemic, but it also reduces the efficiency of medical research. Over 200 vaccines, in many cases largely similar, are in production around the world. Time and resources were wasted while companies redundantly worked in competition with one another, rather than sharing resources and knowledge.This will cost huge numbers of lives around the world, particularly in poorer countries, but it also has the potential to reignite the pandemic by giving the virus fertile ground to mutate and produce vaccine-resistant strains.

Waste of the system

Between 1999 and 2017, the top 11 pharmaceutical companies received over a trillion euro in profit, of which 925 billion, or 90.8%, was returned to investors. This is illustrative of the obscene parasitic waste that is part and part of capitalism. If these companies were in public hands, under the democratic control of workers – and they already receive huge public funds anyway – these resources could be poured into research or increasing accessibility or improving working conditions, instead of allowing the wealthy to profit off our sickness.

Democratic public ownership would be a boon to healthcare as a whole, and is the only way to ensure rapid production and fair distribution of vaccines to the whole world.