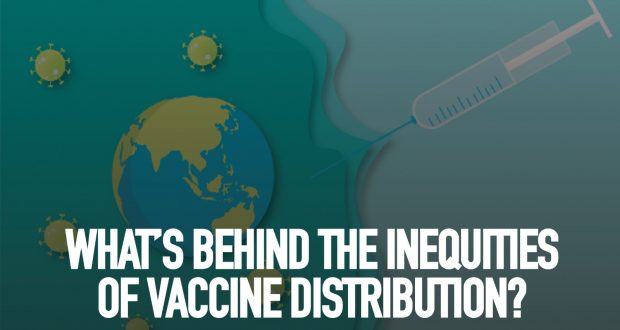 What’s behind the inequities of vaccine distribution?

Wednesday, 3 February 2021 was hailed as a milestone by the Financial Times as the number of vaccine jabs administered (105 million) exceeded the number of confirmed cases of the virus globally (103.5 million).

News of the development of the vaccines at the end of last year came as a huge relief and sparked hope that the chaos of this pandemic would soon be overcome. Already, preliminary data suggests that the vaccines have helped to drive down the number of infections, and in the case of Oxford / AztraZeneca, has helped to cut transmissions of the virus by as much as 67%. This speaks to the incredible potential for scientific breakthroughs when the funding and resources are made available.

Yet the rollout of the vaccines exemplifies the grotesque and systemic inequalities that are inherent to the capitalist system. This is starkly revealed in the lopsided distribution of vaccines between wealthy nations and those in the ‘Global South’, i.e. Africa, Latin America and large parts of Asia. For example, 51% of vaccine doses have been reserved for states representing less than 15% of the world’s population.

The impact of this is already evident. According to the World Health Organisation (WHO), 90 million people worldwide had been vaccinated. Shamefully, however, as little as 25 people were vaccinated in the whole of Sub-Saharan Africa, with a population of one billion people! It’s estimated that 75% of the population in high-income countries will be vaccinated by the end of 2021, compared to just 25% in low-income countries.

In total, the African Union has so far managed to secure 1.27 billion of doses of the various vaccines. It will need a total number of 1.5 billion to immunise 60% of the population – the estimated threshold for herd immunity. However, mass vaccination programmes will not begin until March, and most nations have not started at all, owing to a lack of financial resources and the infrastructure to do so – a legacy of decades of IMF imposed austerity programmes.

An oppressive and unjust system

Even in wealthy countries, the US for instance, racial disparities are evident. People of colour, and Black people in particular, have been disproportionately infected by and dying of Covid. Now similar disparities can be seen in the vaccine rollout. It’s estimated that Black people in New York, who make up 24% of its population, received 11% of the vaccine doses, while white people, who make up 32% of the population received 48%.

Nowhere is this vaccine apartheid more evident than in Israel / Palestine. At the time of writing, 58% of Israel’s population, including those living in the colonial settlements of the West Bank have been vaccinated. However, Palestinians living in the occupied West Bank and Gaza have been excluded from the programme. To date, the Israeli government has sent a disgraceful figure of just 5,000 doses to Palestinians, for a fraction of their frontline workers. To put this in context, the West Bank alone has a population of 3.2 million.

The nature of the vaccine programmes globally speaks to the mindset of the ruling capitalist elite. As far as they’re concerned the lives of the world’s poor are dispensable.. This is scandalous in itself, but it is also deeply counterproductive as far as fighting the pandemic is concerned.

Put simply; the more the virus spreads, the greater its ability to mutate and become resistant to the various vaccines that have been developed, in many cases significantly so. Such mutations have already occurred with the South African and Brazilian variants. When the pharmaceutical company Johnson and Johnson did trials on its vaccine it found that the efficacy rate was 72% in the United States, yet only 57% with trials carried out in South Africa, where its new variant accounted for 90% of cases.

Why big pharma is a barrier.

A critical barrier to the rollout of the vaccines is the nature of big pharma itself. Having been enormously subsidised through public expenditure by states, several of the world’s largest pharmaceutical companies were able to develop effective vaccines. However, these companies are motivated not by a desire to cure diseases, but overwhelmingly, to maximise profit. Pfizer alone expects to garner $15 billion in revenue this year from its vaccine, and this figure may rise as the company signs new contracts.

The patenting of vaccines is key to their business plans. Patents act as legal protection for big pharma, and allow them to make super-profits by blocking competition from other companies, be they publicly or privately owned, and the production of cheaper, generic variants of their vaccines or drugs. Hence, we can have no confidence in these companies, nor the political establishment they influence directly through lobbying and indirectly through their immense economic power, to resolve this crisis – certainly not in a timely or equitable way.

Real cooperation to tackle Covid-19 and vaccinate the bulk of humanity in a speedy and efficient manner could only come by taking these companies out of the hands of profiteers and into democratic public ownership. The obscenity of patents and profiting from a pandemic should be eradicated, allowing for the mass production of the most effective vaccines by any labs and facilities with the capacity to do so.

We can’t rely on capitalist governments or institutions to manage these vaccination programmes. They should be democratically controlled and managed by committees of workers from the health sector, and from the broader working class, with the trade union movement facilitating international coordination.

More fundamentally, the problems in the vaccine rollout are symptomatic of the overarching problem of the economic and social system that dominates the world. The stunning contrast between the enormous technological and scientific advancements of recent decades, and the poverty and deprivation still faced by billions of people is damning.

In many ways capitalism, with its business practices damaging ecosystems, is responsible for unleashing this virus, and in even more ways it’s responsible for the scale of the destruction it’s caused. To stop further suffering from this pandemic, and prevent further ones, capitalism has to go. 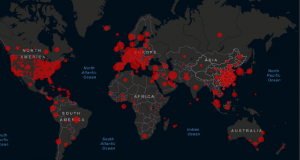 Covid-19: from outbreak to pandemic – a chain of profiteering 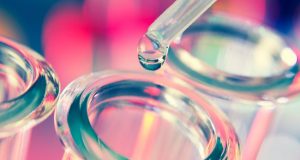 The profiteering of big pharma