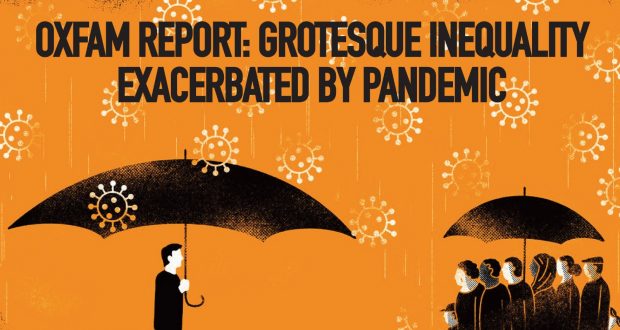 The report exposes the absurd and grotesque divide in our society as Ireland’s richest nine billionaires have added €3.28 billion to their already obscene fortunes since March of last year. Meanwhile, most of our essential workers have been suffering the double indignities of earning poverty pay as they work in hazardous environments. Workers who have maintained our food distribution chain, cared for our sick, and every other worker who has shouldered the burden of keeping our society from collapsing are disproportionately at risk of falling further into poverty, while the richest in society sit back and watch their riches soar.

The cracks and injustices in the capitalist system are becoming more and more visible. The young, migrants, marginalised racial and ethnic groups are majorly overrepresented in the low pay sector. This is combined with the fact that the overwhelming majority of paid and unpaid care work is left to women, who are more at risk of sliding into poverty than men. Since July 2020, rent has increased across the country by 1.2% and 689,000 people were living in poverty in 2019, including 202,000 children, an increase of 36,000 since 2008 – leaving working-class people to deal with the grim circumstances facing them over the next few years.

The report estimates that the pandemic has the potential to increase income inequality in almost every country at once for the first time in 100 years, since records began. Oxfam conducted a survey of economists in 79 countries asking whether they expected an increase or a major increase in inequality in their country and of the 295 respondents, 87% agreed that it would. 85% of Irish economists also agreed we are due an increase in income inequality with most estimating that it would be worse than 2008.

The half a trillion-increase gained by the least deserving men in the world could cover the costs of vaccinating the world population and making sure not a single person falls further into poverty by the pandemic. One-tenth of the €3.28 billion gained by the nine Irish billionaires could pay to vaccinate every person in the south of Ireland, but under the current bankrupt, economic order of the bosses and super-rich we will continue to see the world’s working class further deprived and immiserated.

The need for a socialist transformation of society could not be more urgent. The wealth of the plutocrats and billionaire parasites must be seized, and use to end the current and impending crises facing humanity. None of the damage and mass death caused during this pandemic was inevitable. We need to resist and fight back against the capitalist system, which has brought most of the world’s population to its knees. The struggles of the exploited mass of the population will intensify further, the longer the Covid nightmare continues. We need a strong and organized movement of workers, young people and the oppressed, to bring about the urgent and vital change we need. 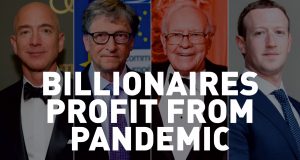 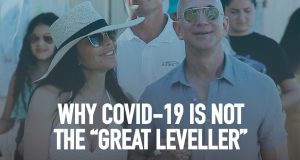 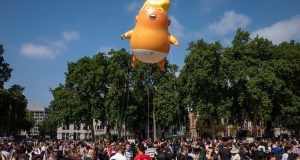 A creature of capitalism: Why you should march against Trump