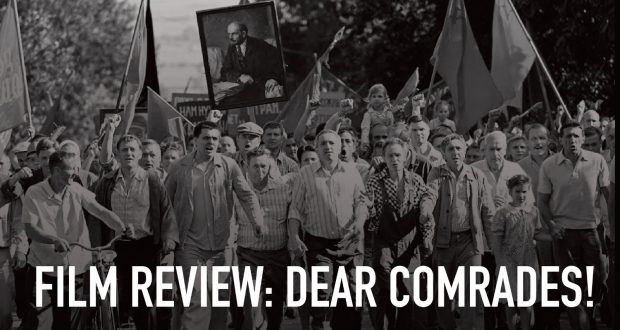 Dear Comrades!, a film directed and written by renowned filmmaker Andrei Konchalovsky, tells the story of a massacre of striking workers that took place in the Stalinist Soviet Union in 1962. This is an understated film, all in black and white, with sharp dialogue. Powerful and well-composed interior shots give way to outdoor scenes of crowds confronting the military.

The film introduces Lyudmila, a Communist Party official who lives with her daughter and elderly father in the town of Novocherkassk. It is a time of rising food prices and austerity, with workers being lectured to tighten their belts.

Local party bureaucrats are suddenly alarmed by news of a strike at a local factory.Lyudmila denounces the workers as ‘hooligans’ and ‘bandits.’ It’s panic all the way up the chain of command. The main fear of the local officials is that they may lose their relatively cushy jobs. The bloated prestige of the bureaucracy is summed up in a scene where a loudspeaker forces crowds to part by repeating, ‘Make way for the regional committee secretary!’Top party officials come in from Moscow, fearing above all that news might get out and, at best, may cause embarrassment to the state.

Their reaction speaks to something broader about the nature of the Soviet State. This was founded on the economic basis of the state ownership and planning of the economy, one of the gains of the October 1917 Revolution that helped transform living standards in the former Russian Empire and ensure the defeat of Nazi Germany in World War Two. However, this state was based on the dictatorial rule of an unelected, privileged and conservative bureaucracy, which had usurped political power from the working class after 1923 under Stalin’s regime.

Any form of expression of workers’ democracy, be it in the form of strikes or protests, could not be tolerated, and had to be ruthlessly crushed. This was particularly true in 1962, six years after the Hungarian Revolution, where workers had risen in revolt and posed a real threat to the existence of Stalinism both in Hungary itself and throughout the Stalinist world. What really comes across in Dear Comrades! is the deep antipathy and distrust the ruling bureaucracy had towards the real traditions of the Russian Revolution and Bolshevism, that of working-class democracy and empowerment from below.

The response to the strike culminates in a terrible massacre in the town square. But Dear Comrades! is not primarily a film about the victims. Its main focus is on the state that committed the crime, showing us the decisions that led to the violence, the massacre itself and the subsequent macabre cover-up.

Lyudmila wrestles with her conscience over what is happening around her. She is a tough and uncompromising character, a veteran of the frontlines of World War Two. She sees the Soviet leader Khrushchev as weak and incompetent and wishes out loud that Stalin could return from the dead. She is of the wartime generation whose heroic struggle against fascism bound them to Stalinism psychologically and emotionally.

Early in the movie, big political questions are played out through family arguments. Lyudmila’s daughter Svetka works at the factory, giving us some insight into the consciousness of the workers. For her, it was good that Stalin’s body was thrown out of the Red Square monument because ‘a dictator should not lie next to Lenin.’ She insists, ‘We live in a democracy. Freedom of speech, assembly.’ She believes that ‘Soviet soldiers would never shoot at the people.’The next day, dramatising her words, the workers march on the town square, bearing red flags and portraits of Lenin.Some soldiers assist them. But at the end of the march they are met with sudden and brutal violence.

Svetka disappears during the massacre, and events move swiftly as Lyudmila searches with mounting desperation for her daughter. This search takes us on a tour of the morgues, hospitals, and graveyards as the repression and cover-up are still taking place.

The film would strike a chord with viewers who recall the terrible massacres of striking workers at Zhanaozen, Kazakhstan, and at Marikana, South Africa, both in 2012. But the cover-up depicted in Dear Comrades! bears the unique signature of Stalinism. The blood of the massacre bakes into the asphalt under the summer sun, so officials order that the square be immediately re-surfaced; as soon as the new surface is dry a dance is held on the spot. The dead are taken to neighbouring villages and buried in other people’s graves.

Family rows dramatise political conflict. Svetka is of a rising generation that has a genuine belief in socialism and casts a critical eye on Stalin’s legacy of brutality toward workers and privilege for the top brass. Lyudmila’s father harks back to pre-revolutionary Russia. He prays to religious ikons at night, weighed down by traumatic memories of the years following the Revolution. Novocherkassk was a base of the White Armies and the Don Cossack Host who attempted to overthrow the Soviet state; the whole Don Region was aflame with conflict in his youth.

But it is not 1922 or 1942. In 1962 the Soviet Union was at peace and safe from any counter-revolutionary or imperialist threat. There’s no excuse or justification for the massacre. It happened to protect the prestige, power, and privileges of the bureaucracy, not to protect the people.

More conservative viewers may identify with the grandfather, whose dialogue casts doubt on the whole revolutionary project. But the attitude of the daughter Svetka and of the workers is an antidote to this. Dear Comrades! depicts the workers of Novocherkassk as rising up to secure democratic rights and better living standards – not to re-impose capitalism, but in an effort, perhaps inchoately, to realize the promise of socialism. The lived experience of tens of millions of Soviet people at the time was of monumental progress in work and education, health and housing, gender and racial equality. There was widespread hatred of the tyrannical bureaucracy at the top, but no desire to throw the baby out with the bathwater. A mood for the restoration of capitalism did not set in until the 1980s, after years of economic stagnation under the weight of bureaucratic top-down rule. The critique of Stalinism in Dear Comrades! hits hard because the characters and their attitudes seem really authentic to their time. 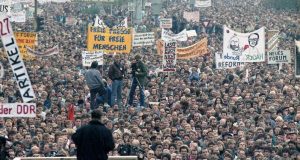 The Berlin Wall comes down as power lay in the streets 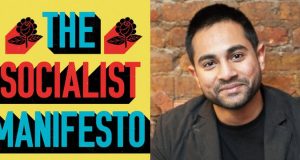