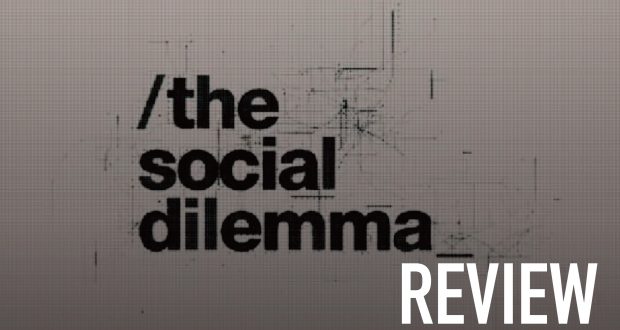 The Social Dilemma provides an insightful new look at the impact major social media platforms have had on society and how by design they foster addiction.

Director Jeff Orlowski presents these insights through a series of talking head interviews with tech industry insiders whose work has brought them close enough to see the critically flawed design at the heart of social media platforms like Facebook, Twitter, Reddit and others. This is intercut with a dramatised narrative about a family experiencing the negative impacts of social media through their almost constant interaction with it.

The film opens with a telling sequence of those being interviewed struggling to answer the question; “What is the problem [with social media]”. Like the interviewees, the film itself explores many answers, but also fails to give a fulsome answer to the root cause of the ills social media has caused society. Many of the problems discussed in the film are sadly not new revelations — social media addiction has been a topic of discussion for years. Along with this is its negative effect on mental health, correlating to rising suicide and self harm rates, particularly among teens and pre-teens which has been a known scourge for some time. What the film does mark as a newer and less explored topic is social media’s role in the rise of conspiracy theory groups and political polarisation, as well as its use as a tool and vector to spread fake news.

Those interviewed stress that these problems are unintended consequences of the engines that drive the growth of major social media platforms. For example, Guillame Chaslot, a former engineer at YouTube, explains how the recommendation system he helped create had a hand in the rise of flat earth conspiracy groups. The system by design targets people with videos that catch their attention and hold it for as long as possible to drive up engagement so more money can be made from advertisers. However there is no consideration given to the content that is recommended, merely algorithms using vast amounts of data collected from your usage to present you with any content it deems you will be susceptible to. This led to millions of recommendations of flat earth conspiracy videos to people whose data told the engine they would engage with it.

The use of massive amounts of people’s personal data to drive systems that increase growth and profit is called “surveillance capitalism” in the film, and the common belief among all those interviewed is that it is harmful to people and society. However this is where the documentary and those involved falter. While all the enlightened tech gurus and reformed executives lament the situation and call vaguely for reform, none of them have any concrete ideas about what the core problem that needs to be solved is.

At one point, Asana co-founder and co-inventor of the Facebook ‘like’ button, Justin Rosenstein, comes within a hair’s breadth of naming the issue as he describes how the economy is set up in a way that promotes the destruction of the environment and the extinction of species for short term profit despite the devastation it causes, but he fails to blame the system the economy is based on for this. The motive for relentlessly pursuing profit at all costs is core to capitalism. While tech companies exist in a capitalist society there is no reason for them to reform their practices while they are profitable.

The Social Dilemma presents a moral and ethical argument for seismic change to the tech industry, but that argument is meaningless to the capitalists in charge. For true change to take place the capitalist system on which they are built must be defeated.