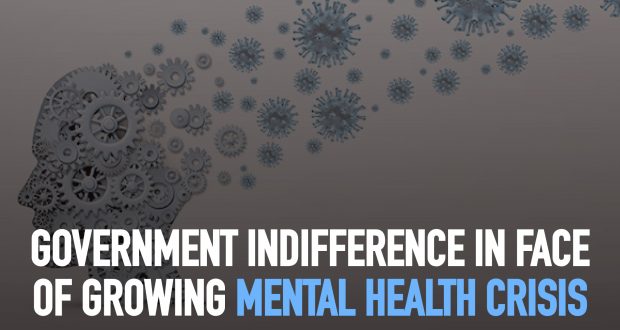 The pandemic continues and dominates news cycles daily. At the time of writing, the WHO reports almost 35 million confirmed cases, and over two million reported deaths. Of course, these figures understate the rates, as many asymptomatic cases will not be identified and many deaths in underdeveloped countries will not be recorded.

From the outset of the pandemic, the crisis in China followed by the overwhelming of the hospital system in northern Italy and the enormous disruption caused in Spain, the focus has been on the spread of the virus, health system capacity, and development of vaccines and therapies. This is understandable and sensible. Measures such as social distancing and the restrictions on peoples’ movements have been crucial to fighting the spread of the virus.

However, it is important to note that there are consequences which result from the actions taken by states across the world, this is particularly when they’ve failed to utilise the space given by such measures to invest in proper testing and tracing as well as public health services generally. One casualty of the pandemic, and of governments’ responses to it, is mental health.

A feature of most governments’ responses to the pandemic has been the introduction of social distancing and social restrictions, up to and including lockdown. The likely impact of such restrictions has been a source of concern since early in the pandemic[1]. Research has shown that rates of depression and anxiety in Ireland[2] and elsewhere[3] were high during the lockdown; research in the UK has reported that people with lower socioeconomic position, lower social support, and pre-existing health (including mental health) conditions were at greatest risk of depression. A recent, and shocking report conducted by the U.S. Centers for Disease Control found that one quarter of young people aged 18-24 had contemplated suicide as a result of the devastating consequences of Covid-19 on their lives.

Now we are again facing into a period of increased restrictions, with case numbers climbing north and south of the border.

Workplace closures, restrictions on visiting and restrictions on the use of communal settings like cafés, pubs and restaurants obviously lead to reduced opportunities for social contact – that, after all, is the point. However, loss of contacts with people is bad for us psychologically. There is a reason that solitary confinement is used as a punishment – social engagement is very important to our wellbeing.

Restrictions can be expected to have a very isolating impact on older people, who are advised to ‘cocoon’, and who may have little or no social contact at times. They are also likely to disproportionately impact teens and young adults, who are at a phase in life where spending time with friends is particularly important.

This is not news, these are well known facts. The fact is that the government has displayed the same callous indifference to mental health crisis that they did prior to the outbreak of this pandemic. They took no measures to give assistance to those suffering from the impact of this social crisis. They squandered the opportunity that resulted from the lockdown in the summer to put in place a proper system of testing and tracing and prematurely opened up the economy at the behest of businesses. Faced with a choice between our physical and mental well being on the one hand and the profiteering of the capitalist class on the other, the government invariably plump for the latter. Yet now we are faced with a potential new lockdown with all the impacts that will have.

An initiative to provide vulnerable older people with tablets, internet access, some training in the use of video-chat packages, could have been rolled out so as to allow continued social contact during a second wave. Fixed outdoor seating, at two metre distance, with some shelter against rain and wind, could have been provided to facilitate younger people in congregating safely. Nothing of the sort was done.

The present right-wing government in the south, like those that have come before it, are hopelessly tied to supporting the existence of a two-tier health service. For them, proper and immediate access to healthcare is a commodity to be profited from.

Supports for workers taken away

Workplace closures also have an impact on financial security, and financial stress is a predictor of psychological distress[4]. This is unsurprising, as the stress of being unable to cover costs, pay mortgage / rent, feed children or oneself can be assumed to cause distress. Across the island there are hundreds of thousands of people who find or have found themselves unable to work because of the pandemic.

In the south, the state paid €350 per week to begin with, which – although more than the dole – would not cover the outgoings of many. Since mid-September, this figure has been cut to between €203 and €30 per week. In the north, furloughed workers were paid 80% of their wages (up to £2500) by the state; this is to be replaced at the end of the month with a new scheme paying 75% of wages for hours not worked – but this is only available to people working at least one-third of their contracted hours.

People who are suffering financially as a result of the pandemic are seeing their governments reduce, rather than increase, the support they are given. We are peddled the myth that “we are all in this together”, but the dishonesty of that claim is becoming clearer with every passing day. Workers and small business owners are seeing their supports cut, while the enormous wealth of the capitalist elite is left untouched. Today in Ireland the richest 17 billionaires has amassed an unprecedented and staggering €40 billion in wealth. A government which was serious about prioritising the interests of working class people would do all it could to maintain the living standards, and alleviate the financial stress, of those who have lost their capacity to earn at this time.

This is not a priority for capitalist governments, however, with the coalition government even celebrating its ‘victory’ in refusing to accept the whopping €13 billion (plus interest) Apple tax owed to the Irish state in the midst of the pandemic.

Fears for a health system unable to cope

Those with pre-existing health conditions, both physical and mental, have also been identified as being at greater risk of increased symptoms of depression. Mental health services are chronically under-resourced in both the Republic of Ireland[5] and the UK[6]at the best of times – and these are far from the best of times. In both jurisdictions[7],[8], there has been a prediction of a ‘tsunami’ of mental health problems to be dealt with by psychiatric services, partly related directly to the pandemic and partly due to the reduction in routine appointments caused by patients not seeking help – which in turn must be seen as linked to PR campaigns to “protect” health services. Any government that cared about the most vulnerable sections of its society would ensure mental health services were well resourced and adequately staffed. Under capitalism, vulnerable people are not the priority, as history and current experience amply demonstrate.

We may well be facing into a long, hard winter. Covid-19 will co-exist with flu, and the various coughs and colds that characterise the time of year. Sharp social restrictions may well apply for long periods. This is understandable – it is crucial that the health service not be overwhelmed. We must support healthcare workers in their battle to control this illness. But that doesn’t mean we must lose sight of the bigger picture.

Dr Mary Favier, until recently president of the ICGP and a member of NPHET, was explicit on RTÉ radio recently – NPHET had considered reintroducing lockdown ahead of any other European country because of concerns that Ireland’s under-resourced health system could not cope. (Previous health ministers, for the record, include the current Taoiseach and Tánaiste).

The vast wealth and resources in our society must be utilised to invest in one-tier public health service that is free at the point of use. Nothing less than this can tackle the grave threats that exist to our physical and mental health in the context of this pandemic.

Capitalism is bad for our health

On a global level, there can be few events which have so clearly exposed the callousness of the current system, and made the need for socialism so clear. A democratic socialist society, where the economic, human and natural resources are publically owned and democratically controlled, could can plan the economy to meet the needs of all people and the planet. The urgency in building such a socialist alternative has never been greater.