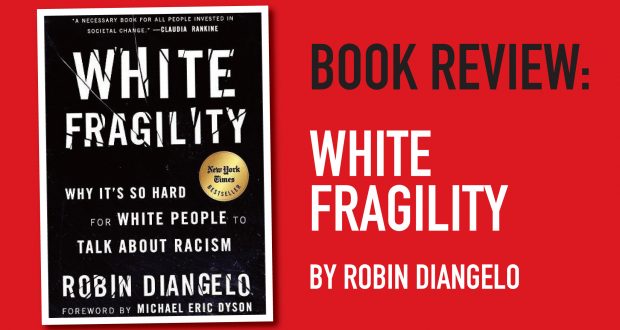 After the brutal murder of George Floyd, Robin Diangelo’s 2018 book White Fragility: Why it’s so Hard for White People to Talk About Racism became Amazon’s #1 best seller. Already, 1.6 million copies have been sold. An article Diangelo published on the same topic in 2011 caught steam before Michael Brown was killed in 2014, and the ideas she puts forward have gained further popularity under the reactionary presidency of Donald Trump.

The wide popularity of the book in reaction to the violent police murders of black people and Trump’s flagrant racism is, in a sense, a positive sign. People are looking for ways to join the struggle against racism.

But Diangelo has a profoundly pessimistic and ahistorical view on the inevitability of racism. She points repeatedly away from solidarity and instead toward the insurmountable divisions between people of different races. Her book coalesces around a number of flawed and incorrect ideas which are also prominent on the left about how we fight racism and where it comes from. These arguments – taken to their logical conclusion – are demobilizing and demoralizing. They point away from the type of multiracial solidarity and organizing that is key to challenging racial oppression. In reality, Diangelo’s book is just one example of a whole industry of books and academic figures who promote these approaches in analyzing and fighting back against racism.

In the author’s note at the beginning of the book, Diangelo explains that she is writing specifically for a white audience. She explains that the purpose of the book is to explore “white fragility,” or white people’s discomfort when called out for racist behavior.

Diangelo is a corporate consultant, contracted by the likes of Amazon, Nike, Under Armour, and Goldman Sachs to conduct racial bias trainings for their staff since the outbreak of the George Floyd movement. Speaker of the House Nancy Pelosi gave opening remarks for her at a gathering of 184 Democratic members of Congress 10 days after Floyd was murdered. She speaks at events and conferences, where she charges up to $15,000 per event. These trainings are held with elite audiences that are seeking more diversity in their top leadership teams.

Who Benefits from Racism?

The daily conditions of Black and white people in the U.S. are qualitatively different due to centuries of systemic oppression. White people are more likely to be homeowners, receive a high quality education, graduate from college, and make more than minimum wage. They don’t face systematic police brutality and violence. They don’t experience racial profiling or racially motivated violence.

While racism has been a defining feature of the U.S. since its foundation, it hasn’t always existed. It emerged at the beginning of the capitalist era as an early justification for the slave trade. The ruling elite has again and again injected racism into society to protect its power, although exactly how has changed over time. As Karl Marx said, “The ideas of the ruling class are in every epoch the ruling ideas, i.e. the class which is the ruling material force of society, is at the same time its ruling intellectual force” (The German Ideology, 1845).

In the late 1600s, racist ideas were first introduced to divide African slaves and European indentured servants – who in Jamestown in 1676 united to overthrow plantation owners – from one another. Two-hundred years later, slavery was officially abolished. The plantation owners did not accept that outcome and the multiracial democracy created under Reconstruction and rebelled. The Jim Crow South that ensued viciously segregated Black workers to keep them hyper-exploited, and to keep out unions that had the potential to unite people across racial lines. The South was a white supremacist state that terrorized Black workers, while bosses in the North also promoted racial division to keep workers divided. These ideas of course had support in sections of the white population, but the bosses were the ones who directly profited and profited enormously.

Near the end of the 20th century and in the early 2000s, Black people were disproportionately harmed by the period of neoliberalism, which led to mass privatization and deindustrialization. White workers were also harmed, with pay decline, job loss, and precarity across the working class. After the 2008 recession, Black households were hit hardest with a staggering loss of wealth due to “subprime” mortgages and mass unemployment. But white working class communities also experienced huge numbers of foreclosures and loss of good jobs.

But the bosses today generally do not use the same crude divide and rule tactics of the 1600s or early 20th century. The ruling class doesn’t as acutely fear the threat of a multiracial working-class movement and so doesn’t need such measures. One of the strategies in some parts of corporate America and the capitalist media who see the advantage of supporting Black Lives Matter rhetorically is to shift the blame for systemic racism onto ordinary white people and away from themselves. This misdirection is at the heart of Diangelo’s arguments.

The willingness of business leaders to tolerate Trump and his racism – as long as they receive tax cuts and deregulation – reveals the emptiness of their racial sensitivity training and statements of solidarity with the BLM protests. They will always act in their own best interests. As we plunge further into an economic depression with widespread unemployment and social unrest, those with a vested interest in destroying cross-racial unity may return to the use of more explicit and brutal tactics of racial division.

Is It Inevitable that White People are Racist?

Throughout the book, Diangelo repeatedly argues that because our society is deeply racist, all white people are racist. While it cannot be denied that we are all inevitably affected by growing up in a racist society in various ways, this is an extremely pessimistic and static view of the world.

There are important historic examples of breakthroughs in at least partially overcoming racial division in the heat of a class battle. The mass organizing drives by the Congress of Industrial Organizations (CIO) in the 1930s and ‘40s provide key lessons in this regard.

Diangelo’s pessimism about the inevitability of racism is ultimately rooted in her defense of the systems that require racism to begin with. Challenging racism would mean challenging capitalism, and that is something Diangelo and her billionaire clients simply couldn’t get behind. Concretely, while talk is cheap, they are not prepared to pay the price and invest the resources to end segregation and historic inequities. For example the disastrous state of public hospitals and the lack of universal free health care in the U.S. has directly contributed to the way COVID-19 has disproportionately affected Black people. Amazon has donated million to racial justice groups while at the same time firing Black and brown workers for organizing in Amazon warehouses

Despite saying in the introduction that she does not provide a solution to racism in the book, she spells out how white people can challenge their own fragility, which she repeatedly argues upholds racism itself.

Diangelo tells her readers to internalize a list of assumptions she created when being called out on racism – including “Whites are/ I am unconsciously invested in racism… nothing exempts me from the forces of racism” (p. 142-3). She says that if white people adopted these assumptions, our institutions would change and become less racist (p. 144). The implication that white people simply changing their assumptions would change the system of mass incarceration or racist housing discrimination is baffling. It completely leaves out the need to struggle to defeat the interests which maintain these institutions.

The Danger of Diangelo’s Ideas

Diangelo tells her white readers that it is up to them as individuals to challenge racism by education and reflection on their personal privilege, but draws the conclusion it’s ultimately futile because they will always be racist.

Diangelo also repeatedly says that people of color essentially can’t change things for themselves because they don’t control institutions of power. This is a perfect illustration of her belief that institutions of power are themselves the source of change. If you’re not a CEO how can you change the policies at your workplace? If you’re not a politician how can you affect the laws in your city? Diangelo’s entire argument is based on an assumption that change happens from the top, something we wholeheartedly reject. We suggest Diangelo revisit the titanic gains that came out of the Civil Rights movement to challenge her assumptions.

But possibly the most incorrect statement of the entire book is the following: “I am often asked if I think the younger generation is less racist. No, I don’t” (p. 50).

She seems to think that the Civil Rights Movement and the Black Lives Matter movement of 2014-15 had no effect on racial attitudes of younger generations. Survey data shows that while in 1942 only 32% of white people agreed that white and Black people should attend the same schools, in 1995 it was 96%. In 1944, 45% of white people thought that black people should have “as good a chance as white people to get any kind of job,” but by 1972, 97% agreed. A few weeks after the break out of the Justice for George Floyd movement, 52% of registered voters said they supported BLM, up from 42% before Floyd was murdered. Polling on unfavorable views of the police and the belief that Black people face “a great deal/a lot of discrimination” also significantly spiked.

These changes in racial attitudes are a direct result of the Civil Rights Movement, and the Black Lives Matter movement in 2014-5 that has now resurfaced with the murders of George Floyd, Breonna Taylor, Tony McDade, Jacob Blake and countless others. The fact that the recent round of protests constituted the biggest protest movement in U.S. history, was truly multiracial, and swept through tiny towns and big cities alike is profoundly significant. The actions taken by essential workers and union members, from bus drivers in Minneapolis refusing to transport arrested protestors at the behest of the police to International Longshoremen and Warehouse Union members shutting down West Coast ports in solidarity with the protests, point in the direction of working-class unity.

The ruling class has for centuries relied on racism, sexism, homophobia, and other forms of oppression to sow divisions and weaken the solidarity that is necessary to fight back. They rely on and whip up racist and xenophobic ideas when they sense a threat to their power – a threat like what is brewing under the surface of U.S. society, where millions of white, Black, and brown people are facing unemployment, eviction, hunger, and death by COVID-19.

Let us not let Diangelo and her corporate clients lead us astray: while the legacy of racism has created fundamental differences in the conditions of Black, brown, and white workers, we do have common interests which the ruling class is determined to obscure. A multiracial movement will be necessary to win health care and housing for all, fully funded education, living wages, an end to mass incarceration and police brutality, and a cancellation of student debt, all of which will disproportionately impact Black and brown people. To fully root out racism, we have to get rid of the system that created it and relies on it to survive. We need workers of all races to fight for and build a socialist society.