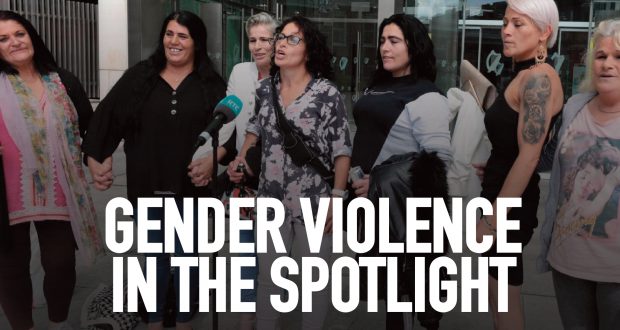 In one June week in the south of Ireland, the stories of three victims of male violence appeared in the headlines. Jean Eagers was stabbed to death by a man long known to here in Dublin 15. Sonya Lee, who was left with permanent brain damage after an attack in 2018, saw her attacker and former partner sentenced to 11 years. Patricia O’Connor’s murderer, Kieran Greene, who inflicted catastrophic injuries and conspired with her family to dispose of her body, had his sentencing postponed. In Belfast, Emma Jane McParland was stabbed to death by her adult son in April.

The lockdown sparked a surge of “intimate terrorism” behind closed doors, but gender violence was already pervasive. More than half of femicides are committed by a partner or former partner.

A new USI survey has found that almost a third of women and non-binary students said they had been sexually assaulted during their time in college. One in three women are beaten, raped or abused in their lifetimes around the world.

In June, the sadistic abuse perpetrated by James O’Reilly against his younger sister and seven of his daughters over a 23-year period came to light. These phenomenal traveller women, indomitable survivors who successfully pursued a prosecution after suffering unthinkable physical, sexual and emotional abuse, were utterly failed by the state.

Speaking truth to power, Kathleen O’Driscoll pointed out that “all that time social workers, teachers, nurses, priests, nuns saw how we were living. No one ever came to us. I do believe we were let down because we are Travellers.” This case illuminates the need for an interconnected struggle against all forms of sexism and abuse and against all forms of racism, as well as a struggle to end poverty and deprivation and class division.

The Black Lives Matter revolt that has spread around the world has also put systemic racism in Ireland in the spotlight – including ingrained anti-traveller racism that encompasses decades of abuse and abandonment by the state. The New York Times has documented that the BLM demonstrations in the US in June were likely the biggest in its history. They sparked demonstrations around the world. This new social explosion led by young people of colour is another wave of struggle against oppression following and building upon the global feminist revolt of recent years.

It’s clear that the fight against all forms of oppression is energising and radicalising a generation of youth who themselves have no faith in a system of precarity regarding jobs and housing, and who will be the driving force of a working-class revolt against all inequality and injustice. There’s never been a greater potential for a mass socialist-feminist, anti-racist movement, rooted in working-class struggle to emerge, and such a movement can and must build a powerful challenge to gender violence.

Gender violence is rooted in the system’s leaning on the patriarchal family structure – and with women’s unpaid labour valued at ten trillion US dollars per annum globally by Oxfam, we see how this is ingrained in the capitalist status quo.

Misogyny and systemic sexism can be ended, but it goes hand in hand with ending the violent, unequal system that puts the profits above all else. We must build a movement of young people, workers and trade unions against gender violence, abuse and harassment everywhere, including drastic reform of the court system, and for the conditions that provide for autonomy, such as a living wage and an end to precarious work.

We need investment in refuges and specialised services, free mental healthcare, free childcare, and mass building of social and affordable housing. This requires a challenge to the private ownership of wealth and a socialist struggle to rebuild society in the interests of the majority: socialising the wealth and resources and planning their use to meet people’s needs. 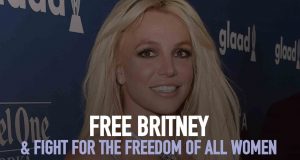