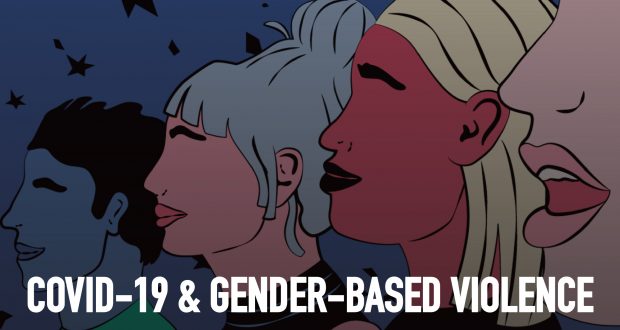 “I’m the oldest sister, and I was abused from the age of four upwards, so I would say to all women, never mind Traveller women, all women out there, that was abused, or anything happened to them, come forward, [do not be afraid].”

The nation was shocked by the horrific rapes and abuse meted out to the O’Reilly sisters and to their aunt. In equal measure, however, the nation was powerfully impressed by the brave words of Helen O’Donoghue and the brave actions of all those women. I support their call for an inquiry into how those responsible for child protection allowed that abuse to be perpetrated against Traveller women for so long without detection or without action being taken.

The O’Reilly sisters are just a few of the many victims of violence against women in this country, including Jean Eagers, who died so tragically last weekend. Before the pandemic, the National Crime Council told us that 213,000 women had been severely abused by their partners in this State. It was an epidemic before the pandemic, so to speak. Now, however, the WHO tells us that emergency calls increased 60% globally during the pandemic and by 33% in Europe. The Garda tells us that calls increased here by 25% in April and May this year compared with the same months last year.

I want to look at this issue under the headings of funding protection, social conditions and sexist culture. In the previous budget, domestic violence services were funded to the tune of €20 million and sexual violence prevention and protection to the tune of €5 million. To show how these issues ranked in the scheme of Government priorities, we need only note the fact that the same budget provided €17 million to the greyhound industry. Last year, the Sonas Viva House refuge and outreach service, based in Blanchardstown in west Dublin, was forced to turn away 500 families for lack of funds, three times more than it was able to help. That experience mirrors that of other refuges throughout the State.

The previous Dáil introduced coercive control legislation. It was a welcome step. Then, however, the Government undermined the initiative by failing to put in place the finances needed to drive the initiative forward. At the start of the pandemic, a once-off funding increase of €160,000 was shared between Women’s Aid, the rape crisis centres and the Men’s Development Network. That increase needs to be maintained, but it is also just a small portion of the extra State funding needed now by this sector.

I do not have time to look in detail at the way in which social conditions are impacting negatively on people dealing with intimate partner violence. I will mention just one example, the housing crisis. In Cork, Tusla and the Good Shepherd homeless charity carried out a study which found that women who left their homes because of violence were often unable to find alternative accommodation and were forced to return to violent abusers. Almost 50% of the women interviewed for the study said they returned to live in an abusive situation due to homelessness and wanting to keep their children in a home.

Finally, on the issue of sexist culture, in recent weeks a global youth movement has kicked into gear to challenge the racism that pervades societies. This movement has drawn inspiration from the global women’s movement, which in recent years has risen to challenge the sexism endemic in capitalist society. Racism and sexism have deep roots in capitalist society. A system based on inequality and division sets one group up as more than and another group as less than.

A movement which fights discrimination and that fights for equality, inevitably clashes with this system. Proper funding for services to protect people from gender violence, strong measures to tackle the housing crisis and the profiteers that lie behind it, and a battle to the finish against sexist culture, all point towards the need for a new society based on solidarity and human need, a genuinely socialist and democratic society.