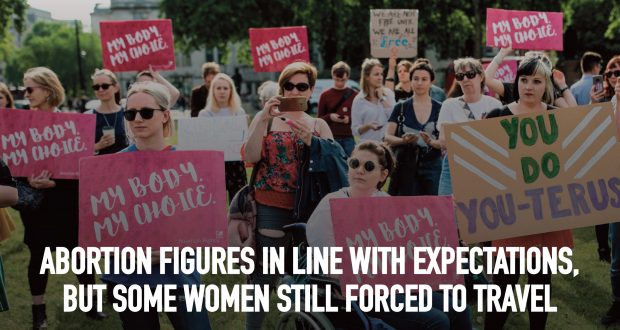 Speaking after the release of official figures showing that 6,666 people accessed safe legal abortions in Ireland in the first year, abortion rights campaigner, Ruth Coppinger, said the figures were in line with expectations, but should be analysed now to see who is being left behind:

“6,666 pregnant people were able to get legal, safe abortions with their own GP or hospital in 2019 and not shunned or forced out of their own country. That is a cause for huge satisfaction for those women and for the thousands of people who fought so long and hard for repeal of the 8th Amendment,” said the former socialist TD who moved a number of repeal Bills and who served on the Oireachtas Committee which proposed legal change.

“The figures are broadly in line with expectations. In 2017, 3,019 travelled to the UK giving an Irish address. But it’s well known many don’t give Irish addresses at all, while others travelled to countries such as the Netherlands. On top of this, an estimated 1,800 Irish people requested abortion pills that year from Women On Web and Women Help Women, two online telemedicine services.”

“It’s clear from organisations supporting women that many are still being forced to travel, however, which is not in line with the Citizens Assembly recommendations or the spirit of the huge vote for repeal.

“This includes pregnant people with medical conditions who couldn’t access abortion on health grounds or due to severe but non fatal abnormalities, as well as others who had unsuccessful medical abortions or where delays led to them going over the 12 weeks. These women and couples were forced to make very expensive and painful journeys, when they should be treated in their own country.

“A review of the legislation is imminent. Many are fearful the conservative composition of this coalition will lead to no change. It will be vital that youth, women’s and pro choice organisations campaign hard to bring home to TDs the need for reforms of the law and for expansion of services throughout the country. Nobody should be left behind. “