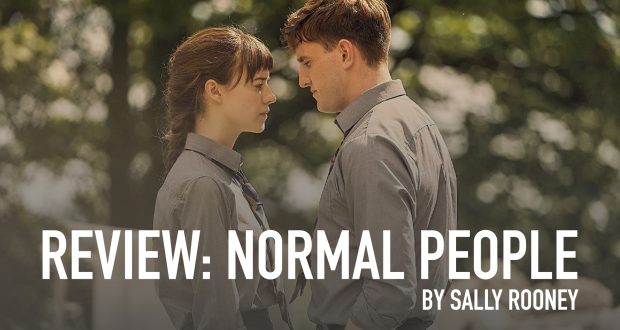 Sally Rooney’s novel Normal People and Lenny Abrahamson’s BBC adaptation of this novel  have been the subject of widespread adoration and controversy. Criticisms hurled at both works have ranged from hailing Rooney as ‘the Marxist voice of a generation’ to diminishing both the novel and screen adaptation to a series of ’longing stares exchanged’ between ‘extremely privileged people.’ Reviews tend to over-focus on either the micro-detail of the relationship between the two protagonists, or the capital ‘P’ Politics (or lack thereof) in both works. Both contain a certain truth, and yet neither captures the nuance, and the interplay of the detail and the broader context in which these two protagonists exist and fall in love.

The novel and the series (which Rooney co-wrote), follows the relationship between Marianne and Connell (played by Daisy Edgar Jones and Paul Mescal respectively). Both attend the same secondary school in Sligo, but come from drastically different backgrounds.

Marianne comes from a wealthy family. Her mother is a solicitor, as was her father, who has passed away. The tension in the family is clear from the onset, without being explicitly stated. The older brother hovers menacingly at the edges of frames as the mother sits expressionless in the next room. Marianne eventually reveals to Connell that her father was physically abusive.

Connell, by contrast, is from a working class background. His mother works as a cleaner for Marianne’s family. He is the product of an accidental teen pregnancy, and his father is not in the picture. His home environment by contrast is warm. His mother, Lorraine (played by Sarah Greene) teases him about his romantic life and is frank with him when he disappoints her. Connell ends each phone call and interaction with his mother with a routine ‘I love you.

Rooney is often hailed as a Marxist writer, and the influence of Marxism can be felt in her works. In Normal People, Connell recommends that Marianne read The Communist Manifesto. Marianne makes passing comments on overproduction under capitalism. In Rooney’s debut novel, Conversations with Friends, one of the characters explains Engels’ theory on the development of the patriarchal family. One of the criticisms leftists have made of Abrahamson’s adaption of the series is that the removal of such components depoliticised the work. I would disagree. Much has been said about the exploration of class by Rooney. It was these explorations that Abrahamson mastered. Connell experiencing the alienation of attending courses with people who abstractly discuss issues of material wealth will be a familiar experience for many working-class people attending university. Meanwhile, Marianne finds herself initially comfortable and popular for the first time in her life. Abrahamson does a particularly striking job of jumping between these two perspectives in the pool party scene. When Connell is feeling out of place amidst ruminations on summer holidays to Barcelona and Berlin, the scene feels as if it is in slow motion. Marianne, at home in the wealth, but insecure in her ability to have genuine human connections, perceives Connell’s discomfort as indifference to her. In Rooney’s novel it was these moments that stuck in my mind a year later. References to The Communist Manifesto, while interesting, and reflective of Rooney’s upbringing in a left-wing family in Mayo, were not central.

One of the more interesting criticisms lobbed at Rooney is that she is overly Victorian in her telling of a ‘will they, won’t they’ romance with class dynamics. In fact, Rooney has pointed to the Victorian novel as an influence. Some of the elements of the Victorian novel are there; the intimacy of an overlong glance and the eroticism of a simple touch. The deep exploration of one relationship at the expense of developing peripheral characters. And yet to limit Rooney’s narratives and characters to that of a salacious, anti-feminist bodice ripper is to miss the detail.

A friend of mine in an instagram story speculated that ‘The real theme of Normal People is that Irish people don’t know how to communicate.’ It’s a funny commentary, but it could in fact be applied more broadly. Victorian relationships, explored by the likes of the Brontë sisters, were limited and drawn out through bourgeois social norms and gender dynamics. Characters admired each other from afar. Romance often occurred indirectly. The Monty Python sketch of Catherine and Heathcliffe communicating via semaphore in Wuthering Heights comes to mind.

Rooney’s characters, by contrast, appear socially liberated. They have sex. They discuss non-monogamy. They debate power dynamics in their college courses. They are unhindered in their social interactions in a way that the Victorian-era protagonists Rooney drew from were not. And yet, the miscommunication persists. Marianne, after returning from a weekend home in Sligo where she was verbally abused by her brother and then chastised for provoking him by her mother, cries silently watching television with Connell. She attributes her tears to period cramps. Connell, after having lost his restaurant job, has to move back home to Sligo for the summer. He wants to stay with Marianne in Dublin, but he doesn’t ask, and Marianne, assuming that she is essentially unlovable, doesn’t offer.

The social relations and norms have changed since the Victorian-era. Undeniable progress has been made. Ireland, as a part of a global trend, has seen a massive expansion of third level education. Up until the 1960s a character like Connell would have not been able to finish secondary school, never mind college, and even up to the 1990s it was rare for working-class young people to attend university. Marianne seems removed from the days of the Magdalen laundries and women’s confinement to the home with her Erasmus trips to Sweden, and her eloquent banter in college courses. And yet, Connell feels out of place in Trinity, and caught between his erudite, abstract middle-class peers of college, and his friends working at home in Sligo. Marianne suffers multiple abusive relationships, and deep alienation. Though social progress has been won in the years that separate Brontë and Rooney, the fundamental inequality in society that provides the framework for human relationships persists. The strength of Rooney’s political message is in the deep exploration of love in a capitalist world, where every inequality and injustice creates potential for misunderstanding.

There are a million other details of the text and series that could be and should be examined: the sensitivity around sex; the tragic death of Connell’s school friend Rob; the Trinity scholarship exams. All of these details contribute to a narrative that is above all extremely human and rooted in the realities of modern Ireland. The poignancy of Normal People, in all of its forms, is not in explicit references to Marx or communism, but in demonstrating the unnecessary and heinous difficulties this system thrusts upon us and prompting us as viewers to imagine a world in which two young people in love are not subject to such quotidienne cruelty. 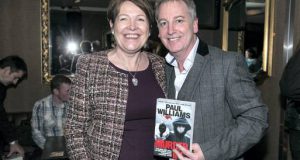