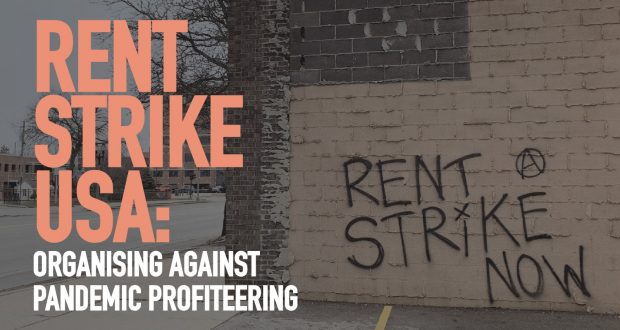 #RentStrike2020 in the US — Organising against profiteering in a pandemic

The mid March COVID-19 lockdowns came too late to quell the spread of the disease across the US, with over 90,000 lives lost and tens of millions without the means to meet even their most basic needs. The last week of March saw the nation’s greatest ever number of unemployment applications in a single week — rocketting past the worst years of the Great Depression. During the same period, wealthy corporations, politicians and individuals sold stock to protect its bloated assets, deployed armies of lawyers to ensure their interests are represented in federal bailouts and hunkered down in lavished summer homes.

While states order workers to “stay home”, the country battles a nationwide crisis to remain housed that started far before the pandemic. One in four Americans spend more than half of their monthly income on housing to keep up with rents that have increased more than 150% on average since 2010. As a result, on April 1, only a third of U.S. tenants paid their rent — the unconscionable predicament that tens of millions of working people find themselves in after just one missed paycheck.

In this context, and the government’s failure to extend their generous support of corporations to renters, three million signed a petition demanding a full cancellation of rent and mortgage payments, or mass coordinated nonpayment of rent. Thousands have answered the call, launching #RentStrike2020 groups in cities across the country, from New York to Los Angeles, seeking to help renters organise in their buildings and cities. They used Zoom calls, Facebook groups and tenant’s meetings to act collectively, share insights and tactics, and to discuss a crisis and bailout which funnels money into the pockets of corporate landlords when so many are desperately in need.

A call to organise

The #RentStrike2020 banner is a call to organise. The campaign is not simply calling on the individual nonpayment of rent. Instead, it calls for collectivity and solidarity to ensure that working people do not face mass evictions, foreclosure or crushing rent debt once the crisis subsides. In Boston, the RentStrike2020 Facebook page organised a “week of action”. It provided resources on how to reach out to tenant’s in your building, how to research your landlord including learning what other properties your landlord owns (which in cities across the country often are valued in the tens to hundreds of millions), to poster, chalk sidewalks and circulate materials, and even how to host a tenant’s meeting.

Under the banner of Rent Strike 2020, tenants have successfully organized for building-wide rent reductions of 50% with no repayment or late fees, free laundry services, and reduced rents at re-signing. This has ensured that those most affected by the crisis benefit are protected by the collective negotiating based on their material ability to pay. While increased unemployment payments and one-time government stimulus payment allowed many to make at least partial payments on May 1, the #RentStrike2020 movement is far from over. Millions remain unable to pay for the second month, job losses become increasingly permanent and current eviction moratoriums are lifted.

The demands of Rent Strike 2020, including a freeze on rental payments or accrued debt, and freeze on mortgage payments is immediately required in both the US and Ireland to ensure that working people are safe to “stay at home” during this unprecedented crisis. But more, collective struggles like Rent Strike 2020 must be waged to take on corporate landlords, multinational corporations and banks that are continuing to profit while working people are threatened with lost wages, healthcare and their homes and another decade of austerity. 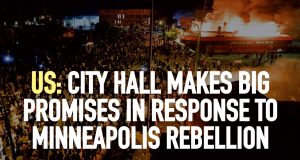 US: Minneapolis Council Makes Big Promises in Response to Rebellion 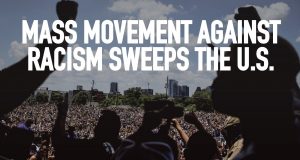