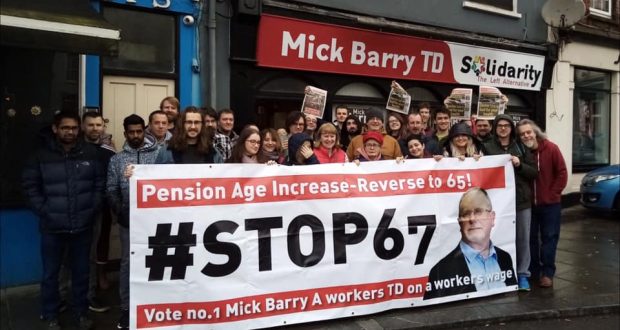 One of the issues which emerged in the course of the general election was the implementation of a previously agreed increase in the age at which workers could draw the state pension. Such was the outcry, the government were forced into a partial retreat, saying the year increase would be compensated by social welfare payments.

Despite many of the parties falling over themselves in supposed opposition to this change, they were in fact culpable in its agreement. This measure was agreed by Fianna Fail and the Greens with the troika as part of the memorandum of vicious austerity after the financial crash. It was then rubber-stamped by the next Fine Gael-Labour Government. The hypocrisy is incredible.

Sinn Fein’s opposition to the increase in age looks a little compromised given that they too agreed to a similar increase in the pension age in the Northern Executive. Likewise, the Greens and the Social Democrats have not made this a redline issue in the event they agree to enter into some type of government arrangement.

This isn’t just any old austerity measure. Nor was it simply something exceptional demanded during a particularly serious financial crisis. It is part of a global attempt by the capitalist class and their political representatives to squeeze more profit from workers. They argue that growing life expectancy means that we can’t afford to pay pensions to people that are living longer. But the wealth is already there! The growth in life expectancy is dwarfed by the global growth in wealth production. Each year the Oxfam wealth reports show mesmerizing increases in the wealth and opulence of the global 1%.

The issue of the working day, and working life, is one of the front lines of battle between the capitalist class and the working class and something big business constantly go after in their search for ever greater profit. Making workers work longer hours (and years) is seen as a key weapon to extend the working day and therefore extract more profit from the labour of workers.

In light of this fact isn’t it quite shocking that the trade unions have done nothing on this, both at the time of it’s agreement and also more recently? Not only was there a basis to resist this by trade union action in Ireland, but as the recent mass movement of workers in France has shown, attempts by the Macron government to implement similar changes provoked mass outrage, enormous demonstrations and national strike action. There are important lessons here. This movement was initially a grassroots explosion from below.

The cost of living and quality of life in general were key issues during the general election. They are an essential aspect of the change that people aspired to. ICTU should take heed. Mass meetings and a plan of action including demonstrations and strike action around these issues and others, like housing, childcare and healthcare could tap a growing mood for real change and exert enormous pressure on any incoming government to deliver. But this is not enough. The flip-flopping of the various parties, including those claiming to represent change, underlines the need for a real left political alternative to be built. 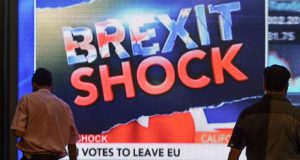 Ireland, Brexit and why the EU must be opposed