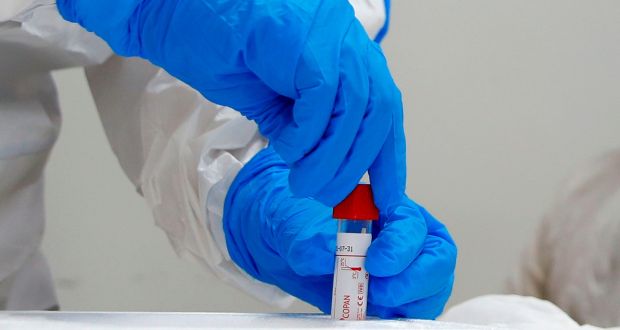 Huge delays are being experienced accessing coronavirus testing through the HSE and the amount of testing has been low. The turnaround for requesting and actually getting test results can be a week or more, causing uncertainty, distress and potentially delayed treatment.

But other countries, such as South Korea and Bahrain, have ramped up testing rates, allowing them identify early, contain and get some control of the virus.

Rather than just focus on mass shutdown, South Korea has prioritised testing hundreds of thousands of people as early as possible and has just announced a stabilising of its figures, with mortality lower than average.

It developed a test within weeks. It also implemented ‘drive thru’ testing where motorists are tested by health workers at at least 500 locations and also by automatic, robotic test kits that don’t need human labour to do testing.

The current test used in Ireland is a swab which has to be done in a medical setting, then sent off to a lab, with results taking at least an average of 48 hours. This involves staff, training and protective equipment, as well as a danger of transmission.

But a simple self testing kit — involving a finger-prick blood glucose type test on a strip to detect antibodies and with results in 10 minutes — has now been developed which would drastically reduce costs and time and allow those infected to react quickly.

We have to demand that production of this is accelerated and becomes widely available in pharmacies. There should be massive public pressure to insist that no private company profiteers from this public health pandemic and hikes up the price of testing — a routine feature under capitalism where drug and medical companies price gouge from people’s desperation. Privately run testing labs should be brought into public ownership as part of new national, one tier public health service.

Secrecy surrounds the company producing the self test kit for fear of massive demand. However, a team led by a British doctor who pioneered home pregnancy tests had been working on a self test kit. Professor Paul Davis said the cost of producing his home test would be £1!

A widespread shutdown of society can only be sustained for so long. Obviously the hope is that a vaccination will quickly be developed and until then the prospect of coronavirus making a return after a shutdown is possible. But countries that have implemented mass testing seem to be bringing numbers under control more successfully and we should demand this is done to save maximum lives. We need free mass testing for all now to help deal with this crisis.