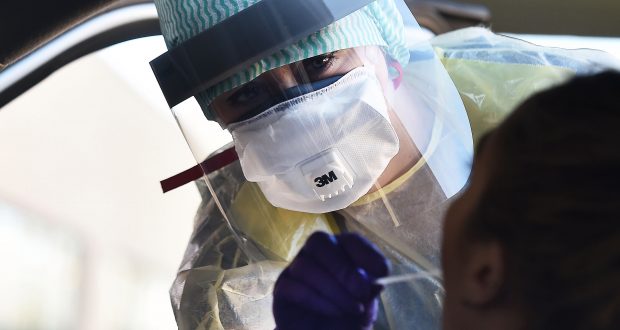 Coronavirus and the system

We are at a point now where official estimates in Ireland predict that there will be hundreds of cases of Coronovirus detected within weeks.  This is an issue with implications for public health, workers rights, but also one with domestic global economic and political ramifications.

At the time of writing, arresting the spread has necessitated the closure of a school in Dublin and the self isolation of 60 healthcare workers in Cork University Hospital (CUH). In countries worst affected than Ireland there have been temporary workplace closures and an interruption of daily life, including restrictions of the movement of people.  In Japan all schools have been closed and there is speculation about whether the Tokyo Olympics will be able to go ahead.

In Ireland an immediate concern is the pre-existing lack of capacity in our hospitals. The question is rightly posed that if in ‘normal’ times one can have up to 500 people on trollies across the state how can the healthcare system deal with even 100 cases of Coronavirus.

The initial response of the government and the HSE has erred on the side of a conservative response to the unfolding situation. The announcement today of a mere 25 additional Intensive Care Unit beds does not inspire confidence.

Besides exposing the frailties of the public healthcare system in this country the potential hardships facing working people who either take sick (whether or not in turns out to be Coronavirus) or who have to self isolate is now a major topic for discussion.

The absence of statutory occupational sick pay.Thanks to the former Minister for Social Protection Joan Burton illness benefit cannot be applied for until one is six days out sick. This  means that many workers compromise their own health and that of the public when they are sick. In one survey 90% of workers admitted to going to work when they felt unwell.

This situation is impermissible. We need a comprehensive occupational sick pay system that can be immediately accessed by workers and which is funded by a proper regime of employers’ social insurance contributions, heavily weighted on the most profitable companies. This should also cover those workers who may not be ill but have to place themselves in self isolation.

Another dimension of this outbreak is the question of food production under the profit driven capitalist system particularly poultry.  It has been shown, in the best analyses available, to be the principal factor to both the rising frequency of flu pandemics, and their increased virulence. Put simply, factory farming methods have created environments where viruses more readily take hold, where the animals are not permitted to evolve their own immunity and transmission to humans becomes an inevitable outcome.

Globally on a daily basis the forecasts for economic growth are being reduced and this is being spoken of in some quarters as if it will be the cause of the next economic crisis. The reality is that there were already signs of a global economic slowdown and that the spread of the Coronavirus may accelerate trends that were there and are innate to how capitalism operates.

Workers should not pay

This is an important point because like 11 years ago the first instinct of capitalist establishments the world over and Ireland included is to make working people pay for the crisis of their system. They will blame the Coronavirus in the same way the property bubble (and later public spending) was cited last time.

We say that regardless of the trigger that workers in Ireland and globally need to be better prepared as a class than last time to withstand the attacks on jobs, public services and living conditions. A fighting response will be needed. We also need a political alternative, a socialist alternative to the way we  run society so that we can meet the challenges of pandemics, climate change and all the other problems humanity faces. 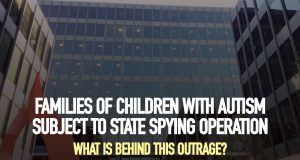