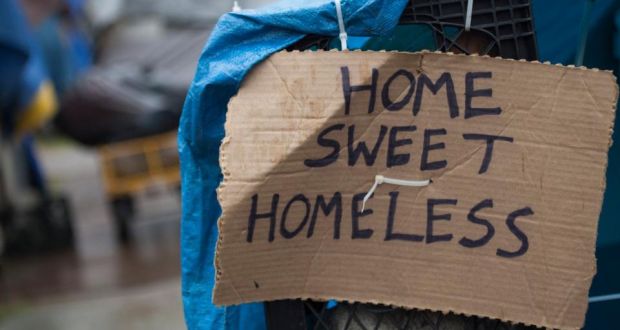 The results of the recent general election reflected the deep and widespread desire for real change on a range of issues in Irish society.  Perhaps the most prominent among these was that of housing, a crisis which developed under the Fine Gael and Labour government but which spiralled dramatically out of control under the last four years of Fine Gael/Fianna Fáil rule.

The human costs of this crisis are stark: 10,000 people are (officially) homeless; many workers struggle to pay an ever-growing portion of wages toward soaring rents; tenants live in anxiety about the real possibility of eviction; and close to half a million young adults are forced to remain living at home with parents – a locked-out generation.

Of course, the other side of the housing crisis is the story of those who continue to benefit from it: developers and landlords. Ires reit, the state’s largest private landlord, saw its profits nearly double in 2018 jumping from €65.1 million to €119.8 million.

The fact one third of Fine Gael and Fine Fail TDs are themselves landlords was widely noted during the election, throwing into sharp relief whose interests they actually serve. For this they were punished at the ballot box and between them only received 43% of the vote, their lowest joint share of any election in the history of the state.

While Sinn Féin were undoubtedly the main beneficiaries of the desire for political change amongst the working class and youth, the Greens and Social Democrats also significantly increased their vote and Dail seats. The palpable mood in society that enough is enough meant these parties made housing a key feature of their election campaigns and will be expected to deliver on it.

However, even the limited reforms such parties do propose risk outright sabotage should they enter government with Fianna Fáil or Fine Gael, something which they have all failed to rule out. Saying no to coalition to the two main parties of Irish capitalism would give a massive impetus to those workers and young people so hungry for change to continue to build the housing movement in their communities, workplaces and universities – organising protests, demonstrations and occupations in demand of a ban on economic evictions, a reduction and freeze on rents, a halt to the selling off of public land and the rolling out of a major public house-building programme for social and affordable homes.

As was shown in the water charges, Marriage Equality and Repeal, real change comes from below through the harnessing of the collective power of working-class and young people. If such a movement were big and powerful enough it could force even the most right-wing of governments into making concessions. Yet bringing an end to the housing crisis and carrying through on the movement’s demands would require the coming to power of a left government committed to ending the rule of private profit.

Such a government would have to implement socialist policies and take on the vested interests of the mega-landlords and developers of the capitalist class. This would mean nationalising the main construction companies and developing an integrated plan to deliver decent and affordable housing for all to buy or rent; nationalising the land banks held by speculators; and taking the banks into democratic public ownership to provide credit and mortgages at reasonable levels. In effect it would mean breaking with the logic of the market that has seen a tiny minority profit off the misery and hardship of the majority.