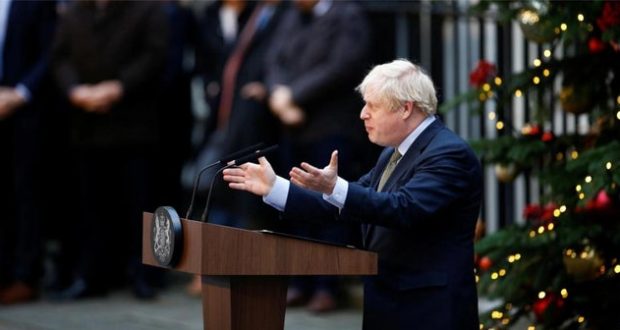 “Herd immunity, protect the economy, and if that means some pensioners die, too bad” – that’s how attendees at a private event in February said Tory strategist Dominic Cummings summed up the government’s ‘strategy’ for dealing with Covid-19. In the face of a predicted public health catastrophe and widespread criticism, however, the government has now launched a ‘lockdown’, with people instructed to stay at home and non-essential retailers shut, although many other non-essential workplaces remain open. Emergency legislation containing sweeping new powers has been introduced at Westminster and Stormont.

There is also speculation about possible use of the military in this situation, on the basis of the “military aid to the civil authorities” programme. It is correct to use every mechanism possible to tackle this pandemic. However, the army should play no role in relation to policing communities and the streets. This is particularly important given the history of atrocities and abuse by the British Army in Northern Ireland. Any attempt to normalise the presence of the military on the streets would have serious consequences in the future.

The Covid-19 bill will grant the government unprecedented powers, with one civil liberties group describing them as the “most draconian powers in peace-time Britain”. For example, the government guidelines on the bill state “the bill will enable the police and immigration officers to detain a person, for a limited period, who is, or may be, infectious and to take them to a suitable place to enable screening and assessment.”

Secondly, it will allow the government to “restrict or prohibit events and gatherings during the pandemic in any place, vehicle, train, vessel or aircraft, any movable structure and any offshore installation and, where necessary, to close premises.”

The bill also includes powers for the police to shut down airports, and weakens safeguards on mass surveillance by quadrupling time-review limits for urgent warrants. The Tories have now conceded to a six-monthly review of these new policing powers, but the additional government powers will last for up to two years.

For socialists, this is a very important issue. There is a long history of repressive legislation being introduced under one pretext, but then being used against the workers’ movement at a different point. We know this only too well in Northern Ireland, where measures introduced to “fight terrorism” were used against striking workers. The same was the case with powers introduced in the aftermath of 9/11 and other terrorist attacks across the world. Locally, politicians from all the main parties have been prepared to undermine the democratic right to protest, including with the attempt to introduce the restrictive Public Assemblies Bill on the pretext of dealing with controversial parades. It is for this important reason that Socialist Party member Mick Barry TD opposed similar legislation in the Dáil.

Workers must be free to stand up for public health

This is not an abstract question but concretely linked to the fight against the virus. So far, it seems the British government is broadly following the same path as Italy. There, local authorities have issued thousands of fines to people outside their house without reason, but have only in recent days taken the step to shut down all non-essential workplaces after many workers took action into their own hands. In Britain, cleaners, postal workers, bin workers and many others have taken action in relation to health and safety concerns. Can we trust a Tory government with a record of pushing through attacks on trade unions and democratic rights not to use these measures against workers striking in the interests of public health?

Similarly, like the scenes of crowded trains in London due to cutting of services, some of the measures introduced allegedly to relieve stress on public services can, in fact, exacerbate the situation. For example, the bill removed existing restrictions on public bodies, such as school class sizes and obligations for oversight for mental health patients.

Who is taking this seriously?

Attempts are being made to accuse ordinary people – particularly young people – of not taking this virus seriously. While there can be this or that example pointed to, the reality is that the overwhelming majority of workers and young people are acting responsibly, while many are in the frontline of tackling this crisis. This can be seen in the industrial actions taken on issues of health and safety, but also in the countless “mutual support” groups which have sprung up.

It is capitalist governments and employers across the world who have shown a lax attitude to dealing with the virus and there is a reason for that – profit. This is demonstrated by the lack of broad shutdowns of non-essential workplaces and the criminal lack of mass testing being conducted. Instead of governments who serve the interests of the rich, it is workers who should be in the driving seat in responding to this pandemic, including in determining what work needs to be carried out, how it can be done as safely as possible and how the vulnerable in our society can be effectively cared for.