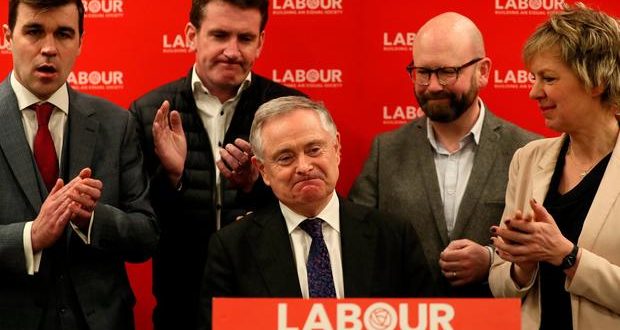 In the aftermath of the election that cemented their historically poor results of four years ago, Labour leader Brendan Howlin resigned, triggering a leadership race. The race will pit Alan Kelly, the most prominent figure remaining from the 2011-16 cabinet, against Aodhán Ó Ríordáin.

A force for social progress?

Ó Ríordáin is a key propagator of the myth that all social progress stems from the Labour Party. On the day of the 2015 March for Choice, he warned that a referendum to repeal the eighth amendment would be “trounced.” Months previously, he predicted that the anti-water charges campaign could put the marriage equality referendum in jeopardy, as he presumably thought the working class would be unable to distinguish between the issues.

This approach was typified by the Labour Party’s attempt to corral the repeal movement away from a pro-choice position. They drafted a bill to deal solely with ‘hard cases’, including an unworkable rape clause. They were only dragged away from this position by the movement Ó Ríordáin had spent his time patronising, and the Citizens’ Assembly recommendations which went beyond what its architects had anticipated.

Ó Ríordáin went on to gain international coverage after the 2016 US Presidential election by denouncing Trump as a fascist for calling for political opponents to be jailed, at a time when the trials of Jobstown protestors were imminent.  At his campaign launch, Ó Ríordáin asked rhetorically, “Who else but the Labour Party has changed Ireland?”, continuing this false analysis of the movements that have driven change on issues of oppression in Ireland.

No time for apologies

Announcing his candidacy, Alan Kelly stated that the “time for apologies is gone.” The idea that there had been apologies would come as a surprise to anyone who had been following the Labour Party, both in and out of government. No apologies have been offered, for example, for Joan Burton’s attacks on single parents, or Labour’s failure to build public housing, long after it became obvious that there was a crisis. Kelly has, since leaving the Environment Ministry, pined for the reintroduction of water charges, which he had previously boasted would be his “legacy”.

The elevation of someone so directly connected with their worst failures as Kelly indicates that, for the Labour Party, “the time for apologies” will in fact never begin. He has established himself as the brash face of the party, typified by his statement that, “Power is a drug, it suits me.” Their pitiful results show that Labour has not been forgiven for their disgraceful implementation of a vicious austerity regime, while the super-rich and banks either made a killing or were bailed out.

A voice for workers?

Kelly laughably claims that the party should regain leadership of the left and be a voice for workers. The continued support of the Labour Party by some of Ireland’s leading trade unions, like SIPTU and Fórsa, becomes more ludicrous as time goes on.  In fact, this connection should be immediately broken and the resources of the trade union movement should put behind building a real political voice for workers that stands in the socialist traditions of Connolly and Larkin.

Labour has become entirely wedded to the idea of being a pillion passenger for Fianna Fáil or Fine Gael, and long gone are the days when there was a substantial left within the party to oppose it.  Their notorious Tesco ad before the 2011 election stated the dire consequences of Fine Gael single-party government without them, but every single thing they warned of was introduced by a government that included them. For them, the important thing was that they got their “turn”.

While they’ve taken the decision to sit out coalition at this stage, Labour are still committed to propping up the two main parties of Irish capitalism in the future. It is also clear that they are committed to accepting the logic of the capitalist system, hence their crass “pragmatism”, as witnessed by their justification for their shameful record in power. 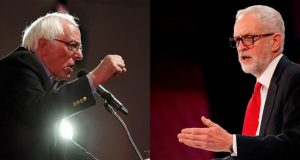