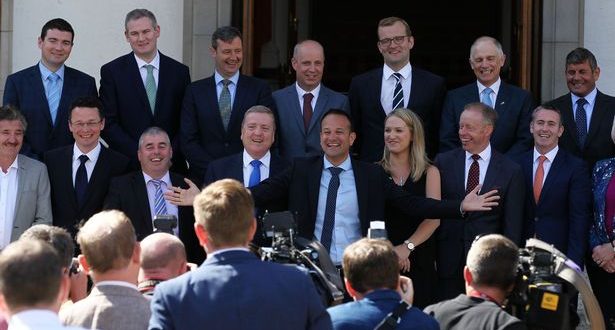 “Leo channels his inner Bertie with ‘a lot done, more to do’ ploy.” That was a recent headline on an article from the Irish Independent and it sums up the recent antics of Leo Varadkar – making false claims in an attempt to hold onto power.

Two recent widely-publicised videos contained a listing of some projects and assertions, including the claim that, in regard to house-building, this government has the best record of any Government or party for decades. Given the woeful record of all the establishment parties it’s not a claim to be proud of. There is a 22% increase in the completion of new dwellings in the last year. However, the actual figure – 5,557 total new dwellings in the last year – is just a drop in the ocean of what is needed, never mind that many are in no way affordable for working class people.

But Leo went on to claim credit in advance for creating 50,000 new jobs and the building of 25,000 new homes in the year to come, promising the provision of many more facilities and real wage increases for public sector workers, as well as making other grandiose projections many years into the future.

Varadkar is trying to utilise the fact that there has been economic growth over the recent years to in turn try to give credibility to his promises, dangling the prospect of some progress to get votes and to get re-elected. And so his election campaign has started in earnest.

His claims are a little ironic given that official homelessness – still at historic record levels – has been joined by never-seen-before record levels of overcrowding in hospitals in January. This may cool his ardour for jumping straight into an election, but who knows, as Leo seems to have been impacted by the tactics of his friend Boris in Britain which paid off in December.

“Lies, damned lies and statistics” is an expression when numbers are used to bolster weak arguments. Varadkar is known as a spin merchant; remember, he established an official body called the “Strategic Communications Unit” which was exposed as a spin machine for him and Fine Gael and had to be shut down.

There have also been indications that Leo Varadkar may revert to type in the general election with a nasty, aggressive defence of capitalism and his Government.

The truth is that economic and social inequality is increasing under Varadkar. His attempt to convince people that progress will be built up, year on year, leading to a transformation is a con-trick. Real poverty and inequality is built into the capitalist economy, rigged against working class people. That’s why in the same year that saw record homelessness and hospital overcrowding, 3,000 new millionaires were created in Ireland.

The real Leo Varadkar is indicated by his interventions in support of Donald Trump including his failure to condemn his attack on Iran; his statement in 2014 that he’s “pro-life” and opposed to abortion and his original prevarication on repeal; his defence of vulture funds; his implementation of austerity in his Ministerial roles, including his ant-working class bias reflected in his false portrayal social welfare fraud in 2016.

Recently he repeated the loaded and prejudiced comment he made during the Fine Gael leadership contest that he’ll be a leader for those “who get up early in the morning.” Working-class people need to build an alternative to Leo Varadkar and the capitalist establishment he represents.